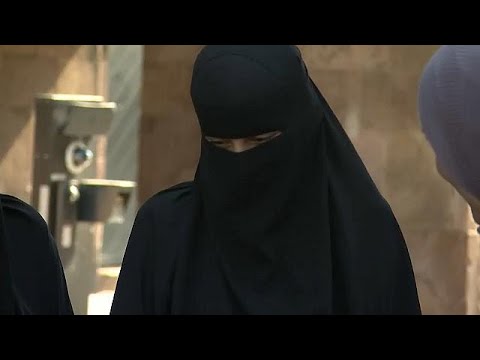 By: Kvinder I Dialog (Women In Dialogue)

Denmark, following in the footsteps of several other European countries, seeks to target Muslim women for their religious convictions. A young female-led organisation seeks to change attitudes within Danish society.

While Denmark is at the forefront fighting for the freedom of expression and highlighting it as a core aspect of the Danish constitution, it is simultaneously moving towards anti-democratic values by narrowing the personal freedom of citizens, demonstrating the double standards that have taken root in Danish society.

Currently, the niqab (face-veil) ban is one among many steps towards stricter policies against Muslims and their constitutionally guaranteed right to freedom of religion.

The image of Denmark as a democratic country with a welfare society in which people are the happiest on earth might be slightly deceptive.

In October 2017, the Danish Parliament proposed a “masking ban” that aimed to forbid all forms of face coverings in public spaces. The question is—towards whom are these efforts directed, and why did the politicians find it imperative to propose a legislation of this kind?

Let us take a look at 2009, when the Danish parliament proposed a resolution which forbade the wearing of the burka and niqab in public spaces, but the proposal was declared unconstitutional and therefore rejected by the jurists. Since 2009, European countries, such as France and Belgium, have succeeded in legislating a “masking ban”. These events have led the Danish People’s Party, a right-wing nationalist party, to propose a ban once again, but this time, phrasing it as a masking ban.

One would probably think that this law targets everyone covering their faces. However, the politicians have made it clear that their real aim is Muslim women. Naser Khader, a politician from the Conservative Party, leaves no doubt as to what the real motives for the so called “masking ban” is.

He states in an interview that, “we all know what we want. We want to ban the burka and the niqab. But we cannot make it explicit. Therefore, we have to make use of other means.” And he is not the only one.

Soren Espersen, a politician from the Danish People’s Party, wrote in a tweet, “all the contortions we have to make in order to avoid “discrimination”. This is about burka and niqab and nothing else. Let us just discriminate. I do not give a damn.” So, in reality the masking ban is a pseudonym for a niqab ban targeting Muslim women. However, introducing an alternative name for the proposal does not make it any less unconstitutional or discriminating.

This is not the first time the Danish government has proposed laws that exclusively target the Muslim minority. Back in 2004, the Danish People’s Party presented a motion, which discussed the prohibition of wearing cultural headscarves. The ban included: “any type of scarf or headwear that falls outside the category of Christian or Jewish culture.” The basis for this motion was that the Muslim headscarf seemed offensive to the proposers, and motions like this have occurred many times throughout the years. In November 2017, a member of the Danish People’s party was treated at the hospital by a Muslim doctor with a beard and went so far as to say that doctors with a beard do not belong at Danish hospitals and should be banned.

All of these legislative proposals have had the purpose of forcing the Muslim minority to give up their religious clothing and restricting their practice of belief.

Unfortunately, a racist discourse is prevailing in Denmark, for which the politicians and the media are highly responsible.

The portrayal of Islam in the media is often negative and paints a picture of Islam as a constant threat encouraging terror. With this kind of media coverage and political statements, the purpose has been to incorporate the very same judgments in the general Danish population.

During the last few years and even decades, there has been a common attempt to discursively construct the idea of Muslims as “the other”. The result of the aforementioned is not surprising; an ongoing racist discourse against Muslims has resulted in an increase in hate crimes.

An annual report on hate crimes released by the Danish police in 2015 shows that there have been 198 reported hate crimes during the year. Of these were 104 motivated by race and 60 were religiously motivated, of which 41 were directed against Muslims. As a people taking lessons from history, we must never underestimate the power of discourse.

This whole debate reminds us of the dark times of Europe before an onslaught on regular civilians, and the despicable period of colonisation.

Before saying, “what an exaggeration!” one should take into account the ways in which we can draw parallels between them. What the two mentioned events have in common, and what is still prevailing today, is an attempt to alienate the “other” through racist discourse.

When the white colonisers encountered the Africans, they immediately stigmatised the blacks and dehumanised them by describing and thinking of them as less than human. The same was the case when Nazi Germany tried, through propaganda, to convince the population of the impurity of the Jews. What started with words ended with violent actions and the death of so many people. Both of the tragic and shameful events had a racist discourse in common. And a similar racist discourse is now prevailing in Denmark—signalling that we have to take action now before history repeats itself in one way or another.

Kvinder i Dialog (Women in Dialogue) is a new association consisting of women with and without the niqab, whose aim is to engage in dialogue with people, and mainly with the authorities, who see us as something we are not.

They claim that we are oppressed women who cannot make our own choices and who have been forced to wear the niqab. Yet, a report commissioned by the government and compiled by the University of Copenhagen in 2009, shows that none of the niqab- or burka-wearing women in Denmark have been forced to wear it. On the contrary, those women have chosen to wear the niqab or burka due to their religious convictions.

They also claim that we are a threat to the safety of the country and yet, we have never been convicted of any crime, and we have no problem identifying ourselves to the authorities at any time, if necessary.

Please, do not remain passive and silent to the injustice and hypocrisy that is taking place at the moment. It is on all of us to stand against this nonsensical and uncivilised behaviour, to resist and to show that we will not accept discrimination. We believe that one definitely has a moral obligation to contribute in any struggle against injustice.

We are students, we are employers and employees, we are entrepreneurs and we are contributing members to society. But most importantly, we are human beings and we demand to be treated like any other citizen.

Join us in our campaign to create a society in which dialogue not hate dominates public discussion.

Note: The Parliament has now changed the name of the ban to a ‘covering’ ban instead of a masking ban.

Kvinder I Dialog (Women In Dialogue) is a group consisting of women with and without niqab (the Islamic face veil) whose aim is to engage in dialogue with the general public.