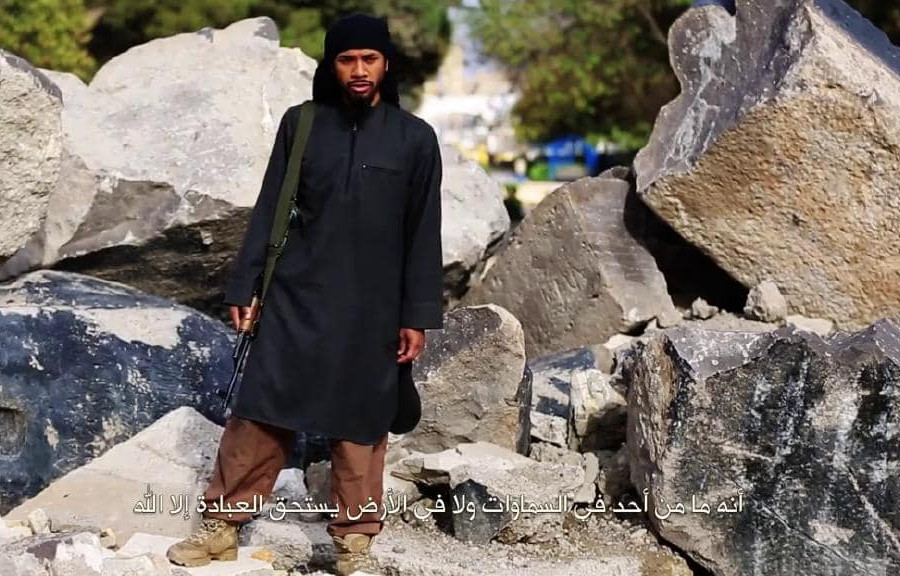 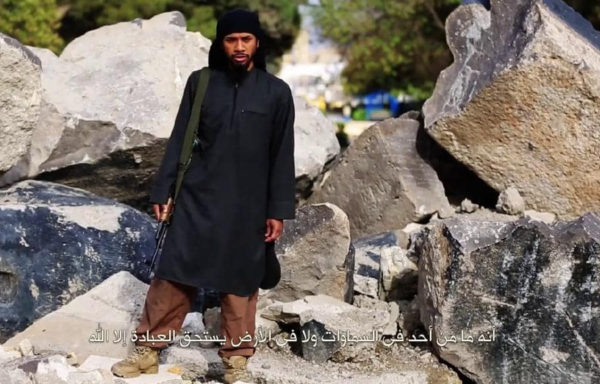 Here you can listen to the rap tracks he made before fighting for ISIS.

In 2015, Neil Prakash was arrested and detained in Turkey. Neil is the most senior Australian Islamic State terrorist to be captured alive. He was caught after he decided to expanded his terrorist agenda from the ISIS stronghold of Raqqa to Turkey where he allegedly led a cell of engineers who were developing drones for terrorist strikes.

For the past four years, the Australian government has been trying to extradite Neil from Turkey to face terrorism charges in Australia, however his trial has been postponed due to the investigation of another terror-related investigation in Turkey.

Although he wasn’t in Australia, Neil “the keyboard warrior”, maintained his presence by spreading his radical doctrine on social media, urging young muslims across the country to join his cause, “I can not be bothered with the hidden messages anymore!” posted Neil under his Twitter handle @AbuK_313, “Please message me if you want to kill kuffar (nonbelievers)…”

Neil and I share a common bond: he was raised in the same neighbourhood near Springvale in South East Melbourne. Springvale is a migrant area riddled with the lowest median income, limited English proficiency and the highest rates of high-school dropouts in the region. Our circles of friends intertwined at the Princes drags, we both got our haircut at Tommy’s in Springvale mall, went to the same mosques, ate at the same kebab stands and attended some of the same lectures. But somewhere along the way our lives, like so many migrant youths from our area, began falling apart.

But Neil wasn’t always a Muslim, he was raised Buddhist and denounced his original faith after a trip to Cambodia where he was exposed to idol worshipping and the commercialisation of the Buddha. Neil was raised by his Cambodian mother, who suffered schizophrenia, and his Fijian Indian father had walked out on them both when he was an infant. Neil would often see him around the streets of Springvale but he refused to forgive him. According to his friends, the sad irony of the father-son relationship was that Neil eventually adopted his fathers religion and never offered a clear explanation as to why he wanted to be a Muslim.

Al-Furqan was where young Muslim migrants from the South Eastern suburbs would hang out if they wanted to steer clear from the rampant meth abuse and gang culture that was poisoning the Greater City of Dandenong. Islam gave these aimless drop-outs a sense of belonging that their parents approved of. Most of Neil’s friends were already attended the Islamic centre, so after converting he began regularly attending lectures with them.

After September 11, Muslims around the world were marginalised and treated with a foreign suspicion, even if they had been raised in the West. Some of us ignore feelings of marginalisation by flying under the radar in a 9 to 5 office cubicle, some let it consume them and turn to drugs as an escape, while others embrace violence as its own form of rebellion. I fell down a self-destructive path and I joined an outlaw motorcycle club. Neil embraced terror and became a leader in the most violent arm of radical Islam; ISIS.

Last summer, I travelled to Portsea on my motorcycle to visit an old member from my club when I bumped into Naveed*, an Afghan migrant, and former associate of Neil’s from the controversial Al-Furqan Islamic Centre who now works as a bank teller in the CBD. We began talking about his cousin who was on the fringes of radicalization. Gesturing to the patches on my leather vest he said: “Your guys are tough but it’s nothing like the brothers overseas. It’s life and death over there. What are you fighting for? They’re fighting for our haqq (Islamic concept of truth).”

When Numan Haider, a personal friend of Neil’s, was killed by police after he allegedly attacked them with a knife, Neil quickly uploaded a slick ISIS propaganda video praising Numan’s efforts and urging his “brothers” in Australia to react; “when is the time you are going to rise up and attack them for attacking you? When the government took [Numan Haidar’s] passport, it did not stop him, look what he did brothers, he rushed towards [heaven].”

I’m not the only one that still reflects on my connection to Neil, “I knew him before he got religious, around the internet cafes in Springy. I remember him when he was trying to be a rapper,” recounts one of Neil’s classmates and former associate from the Al-Furqan mosque. “He was a very humble brother, nobody knows where the violence came from, he was serious about his beliefs and was outraged about the world’s injustice [toward muslims], we all talk about making a difference and in his heart this was the only way he could protect his people. He sold everything and disappeared. Then we saw him on the news.”

That youthful urge to destruct is often described as misguided hate, but for many young migrants the allure of radical violence seems like an opportunity to give their lives meaning or a sense of cultural belonging. Prior to joining Al-Furqan, Neil was a member of the Young Gen Springy Boys street gang who who recorded gangster rap under the pseudonym Kree Dafa in his best friends bedroom studio, and he wasn’t the only rapper-turned-ISIS fighter, Berlin rapper Deso Dog had a bustling career before joining the caliphate.

At the crossroads of these narrative stood the Al-Furqan Islamic centre. Somewhere in the hierarchy of Al-Furqan, they were pushing a hate fuelled agenda that monopolized on migrant displacement and disfigured cultural assimilation; Al-Afghani* used to be a regular at the centre, we met in Dandenong over Lebanese pizzas as he explained his frustrations, “we would show each other footage of the kuffar butchering our brothers and sisters in Afghanistan and Iraq; footage from the Cronulla riots too. The Police were harassing our parents, everyone looked at us funny because we had beards. What do you reckon is going to happen? We’re human too, we have weaknesses.”

These days, the young Muslims aren’t buying Neil or any other backyard Jihadi rhetoric. After the shooting death of Numan Haidar, the arrest of Sevdet Bessim and the countless deaths of Australian “jihadis” in Syria, the Muslim youth in Melbourne have begun accepting their outsider position with less vitriol. “We were the lucky ones, because we didn’t get tricked into fighting. I’m sad for Neil now, I can tell that he wants to come home, but he’s going to suffer for his wrongdoings,” said my source from Al-Furqan. “There’s brothers here in Australia, who he dragged down with him, and we all believe he should pay for that.”

A month ago, my father pointed out Numan Haider’s parents, who were shopping for vegetables, in the Dandenong market. It’s been over three years since Numan’s death and the burden of a lost son hasn’t diminished. Their spirit was damaged. The Afghan’s that passed them by greeted them with an exaggerated generosity. My father looked to me and said, “what a shock it must be, you bring your kids here so that they can work in an office, and they die like the nightmare you feared in Afghanistan.”