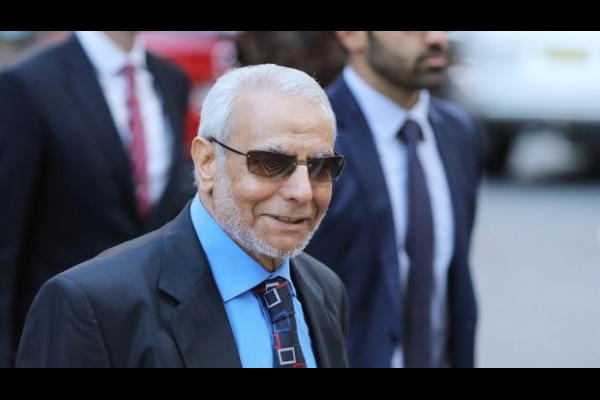 Australia’s grand mufti has won a defamation case over News Corp articles depicting him as an “unwise” monkey and asserting he had failed to condemn the 2015 terrorist attacks in Paris. News Corp consented to the judgment as part of a confidential settlement.

One depicted him as three “unwise” monkeys, covering his ears, eyes and mouth, next to the words “Sees no problems, hears no concerns, speaks no English”.

The second article was headlined: “Even Hamas condemn the Paris attacks so why won’t Australia’s Grand Mufti Ibrahim Abu Mohammed?”.

Mohamed, Australia’s most senior Sunni scholar, sued News Corp for defamation early last year, and verdicts were entered by agreement with News Corp in his favour in the NSW supreme court on Friday. The terms of the settlement were confidential.

Mohamed had alleged the articles wrongly implied he had failed to condemn the terrorist attacks and shifted blame away from the perpetrators.

He had issued a statement days before the defamatory articles, which mourned the loss of innocent lives in Paris and expressed his deepest condolences to families and friends of the victims.

Mohamed had earlier posted a Facebook statement about the Paris attacks and a bombing in Beirut, which said: “There are no words to truly describe the devastation of these acts but we will continue in solidarity and pray for peace.”

He had previously condemned all forms of terrorism, including on Facebook, in interviews with the ABC and in other formal statements.

His statement of claim alleged he had been brought into hatred, ridicule and contempt, and was gravely injured in his character and reputation.

News Corp had previously defended the claim, arguing that the imputations of the articles were substantially true. It also argued that some of the defamatory imputations were an expression of honest opinion.

But when the matter returned to the NSW supreme court on Friday morning, Justice Lucy McCallum was told the matter had been settled.

“The grand mufti … holds the highest religious post for an Islamic scholar in Australia. He has dedicated his life to the pursuit of knowledge, justice, and peace, and is proud to continue to represent the religious views of the vast majority of Australian Muslims,” the statement said.

“It is hoped that the outcome of the proceedings is the first step towards improved harmony between Australian Muslims and the media in the future,” the statement said.

The mufti, who was in court on Friday, declined to comment further.