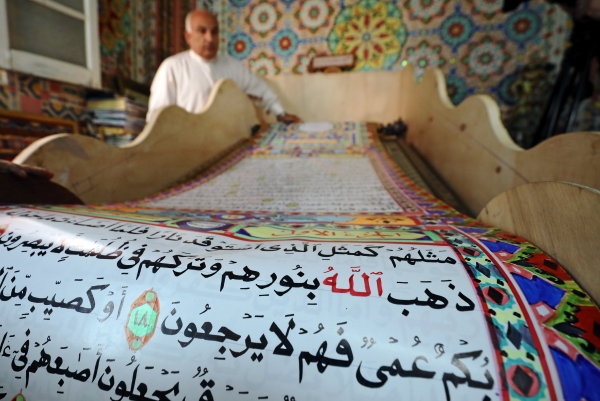 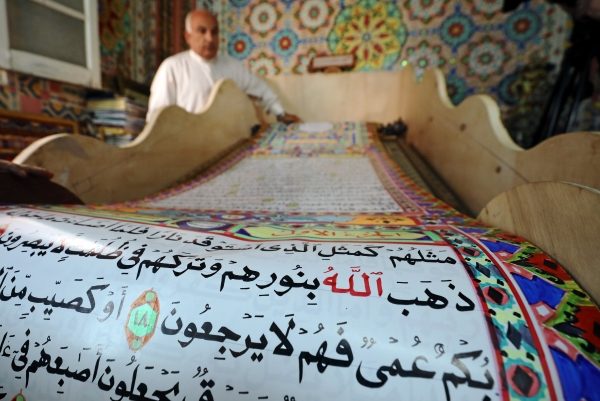 BELQINA, Egypt (Reuters) – An Egyptian artist who educated himself after dropping out of school has spent three years creating what he hopes is the world’s biggest Quran.

Saad Mohammed, who has hand-painted Islamic motifs on the walls and ceilings of his home in the town of Belqina, north of Cairo, has reproduced the Muslim holy book on a paper scroll 700 meters long. 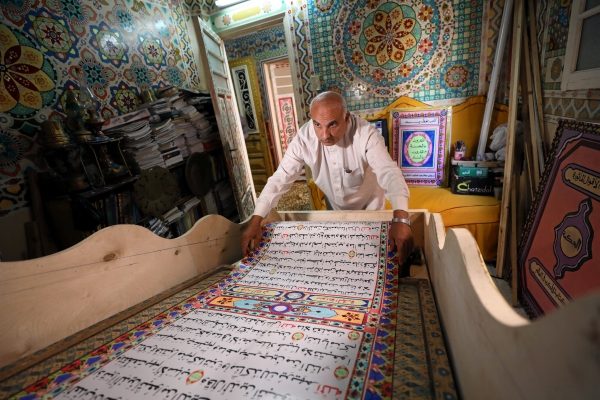 He displays the intricately decorated manuscript in a large wooden box with rollers at each end.

“This Quran is 700 meters long, and of course that’s a large amount of paper,” he told Reuters Television. “I self-funded this project for the past three years – and I’m an average person. I don’t have assets or anything.” 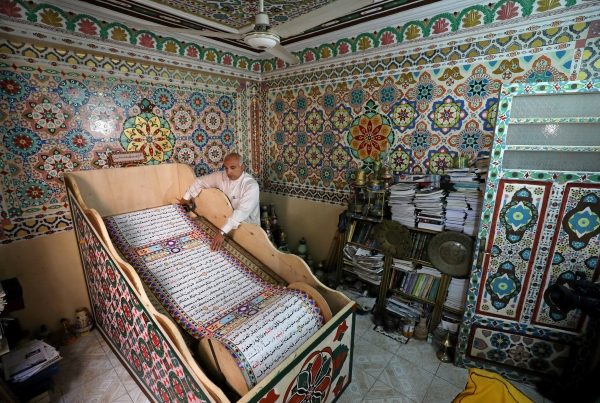 Mohammed wants to submit his Quran for inclusion in Guinness World Records. Guinness says that while there is a record for the world’s biggest printed Quran, there is so far no record holder for the largest handwritten version.

Mohammed says he is hoping for help with the costs of applying to Guinness from the government or any other interested party.