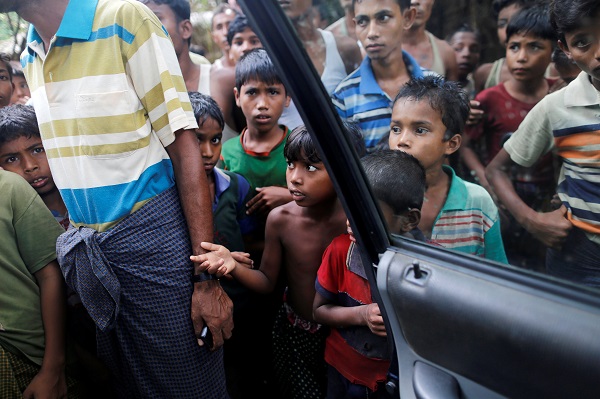 A nutritional survey of Rohingya refugee children at a camp in Cox’s Bazar, Bangladesh, found high rates of malnutrition and other debilitating, life-threatening health problems.

UNICEF conducted three surveys between October 22 and November 27 of more than 1,700 newly arrived refugee children from Myanmar in refugee camps and makeshift settlements in Cox’s Bazar.

Fewer than 16 percent of children in the camps are eating a diet considered barely acceptable and sufficient for their growth and development, Boulierac says.

An estimated 645,000 Rohingya have fled persecution and violence in Myanmar since the end of August. More than half are children.