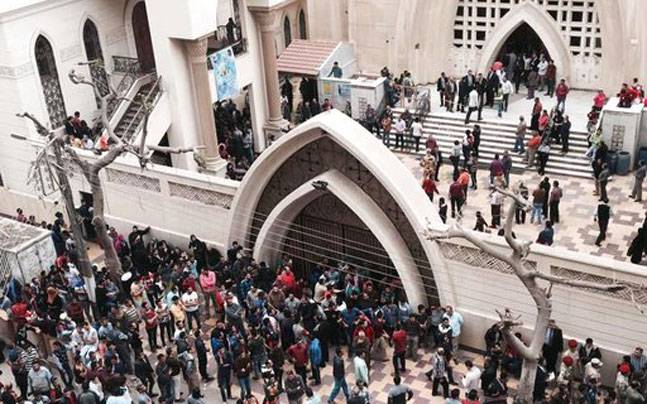 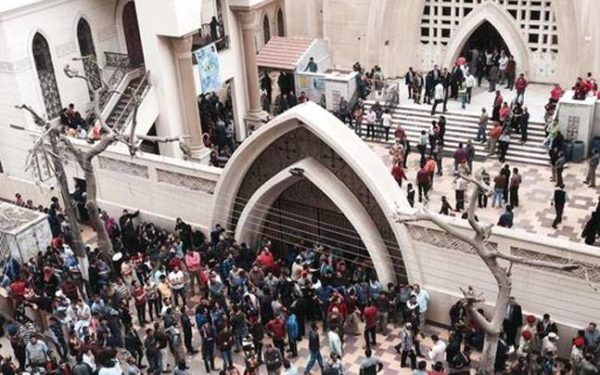 Nine people have been killed after an armed man opened fire on a Coptic Christian church and a nearby shop near the nation’s capital, Cairo, according to Egypt’s health ministry.

The man tried to enter Mar Mina Church in Helwan district, south of Cairo, on Friday after attacking the Coptic shop, where he killed two people.

Khaled Megahed, a health ministry spokesperson, told state television that the assailant was killed, but the interior ministry later said he had been arrested.

Local reports said that a policeman was wounded along with other victims, a majority of which were Coptic Christian.

Omar Ashour, a visiting professor of security studies at the Doha Institute, told Al Jazeera the attack was part of an “ongoing crisis” in Egypt.

“It’s more continuity than change, we still need more details to come up, but so far Egypt has witnessed over 2,000 attacks in the last three years,” he said.

Coptic Christians are one of four groups that are consistently targeted, Ashour said.

Sufi Muslims are a more recent group, and to “a certain degree” the targeting of Egyptian military and police officers.

News media personnel were another target.

But there is no counterextremism strategy to battle these groups, Ashour said.

“There are two issues one is the political crisis in Egypt which unfolded after 2013. That has not been resolved, and it’s creating more and more recruitment and radicalisation to armed groups of various forms,” he said.

“There is also basically a series of counterinsurgency and counterterrorism blunders which the Egyptian forces have been committing, and that is adding more and more oil to the fire.”

No group has yet claimed responsibility for the attack.

Egypt’s Christian minority makes up about 10 percent of the country’s population.