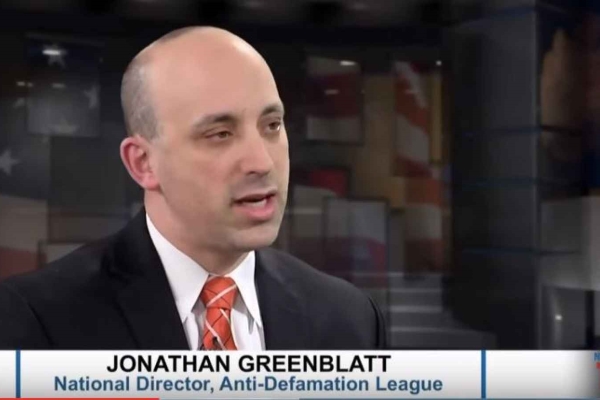 A Jewish head of an organisation dedicated to combating hate crimes in the US has said that if the new administration of President-elect Donald Trump creates a national database for the religion’s followers, he will register as a Muslim.

“As Jews, we know what it means to be registered and tagged, held out as different from our fellow citizens,” Jonathan Greenblatt, Anti Defemation League (ADL) CEO, said on Thursday at the group’s Never Is Now conference on anti-Semitism in New York.

“As Jews, we know the righteous and just response. All of us have heard the story of the Danish king who said if his country’s Jews had to wear a gold star…all of Denmark would too.

“So I pledge to you right here and now, because I care about the fight against anti-Semitism, that if one day in these United States, if one day Muslim-Americans will be forced to register their identities, then that is the day that this proud Jew will register as a Muslim.”

Greenblatt added that Americans must stand against all forms of discrimination regardless of which group it targets.

Following Greenblatt’s speech, ADL started a pledge on Twitter, urging their followers to state that ” If Muslim-Americans will be forced to register their identities, then I will register as a Muslim in solidarity.”

During his divisive election campaign, Donald Trump has taken a particularly hard line against Muslims , suggesting to “ban” all Muslims from entering the US, advocating enhanced surveillance of mosques due to fears over radicalisation and saying that he would support requiring all Muslims in the United States to be registered in a special database.

Trump’s critics has long likened this proposed policy to the mandatory registration of Jews in Nazi Germany.

Thousands of Americans also voiced their criticsm about Trump administration’s plans for some sort of a data base and pledged that they will also register as a Muslim if such a policy is implemented in the US.

The idea of Muslim registration arose in November 2015, when Trump told a reporter that he would “absolutely” implement that policy.

“I would certainly implement that, absolutely,” Trump said, during a campaign event in Iowa. “There should be a lot of systems beyond databases,” he added, “We should have a lot of systems”.

Trump vaguely backtracked on those comments later, but the issue made headlines once again on Wednesday when Kansas Secretary of State Kris Kobach, a member of Trump’s transition team, told Reuters that they are considering a milder, but still equally questionable policy of creating a registry for immigrants from majority-Muslim countries.

On Thursday, a high profile Trump supporter, Carl Higbie, talked about the policy on Fox News and said that a Muslim registry proposal being discussed by Trump’s immigration advisers would be legal and would “hold constitutional muster.”

“We’ve done it with Iran back awhile ago,” he said. “We did it during World War II with the Japanese.”

There have been several reports of racist, Islamophobic and anti-semitic incidents since the election that have sparked outrage, including a mosque at New York University’s Brooklyn campus being vandalised, and several Muslim women reporting Trump supporters attempting to rip off their headscarves.

Black students at the University of Pennsylvania (UPenn) said they were afraid to attend classes after they were subjected to racial slurs and threats of lynching following the election.

Hundreds of Americans also detailed on social media racist attacks that have taken place since the election.