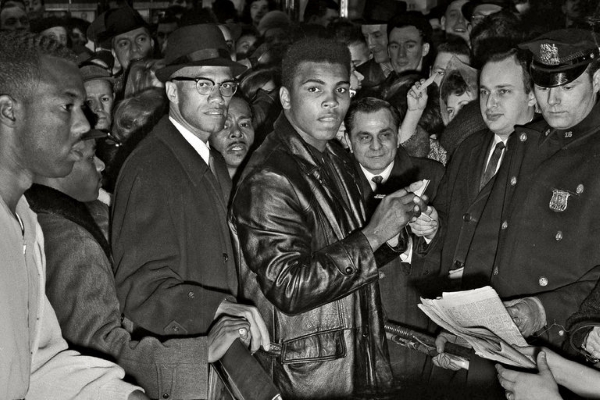 “Islam has always been part of America.”

This is a phrase usually pointed out by President Barack Obama when he discusses the history of Muslims in America. But what many people do not know is that Muslims were here before the founding of the United States. Not only does the history and presence of Muslims predate the existence of America, but also Muslims were integral to the development of this country.

Many historians claim that the earliest Muslims came from the Senegambian region of Africa in the early 14th century.

Since the 1600s, during the beginning of the American slave trade, the first Africans slaves were brought from West Africa. As many as 600,000 to 1.2 million Muslim Africans were turned into slaves. Part of this country was built on the backs of Muslim slaves who rolled tobacco, cut cotton and worked the fields, all while feeling the sting of the lash and the bondage of chains. Many were forcibly converted to Christianity, extracted of their identities. Mustafas and Abdulrahmans were converted into Johns and Williams. Still, many famous Muslim slaves kept to their names: famous slaves such as Yarrow Mamout and Abdul Rahman ibn Ibrahim Sori. To practice Islam or its tenets was deemed a criminal action by slave masters. Still, many slaves continued to pray five times a day, worked the plantations under the scorching sun while still keeping their fasts during Ramadan and continued to study the Quran. To this day, many historical jails in the United States have Arabic poetry written on the walls of jails made by runaway slaves, who in their escape to freedom, created art in their mother tongues. These men and women deserve our tribute, for their faith stood as resistance against the genocide of slavery. They refused to be robbed of their history and roots.

Fast-forward to 2016, where the United States has government representatives discussing Islam’s role in the country. Iowa Republican Congressman Steven King stated Islam is an inherently violent religion, fundamentally opposed to American democracy and values. He also stated Muslims can’t assimilate into America due to their faith. Republican presidential nominee Donald Trump went so far as to say there should be a ban on all Muslims in the United States, and all American Muslims should have to wear special identifiable badges. In essence he, like King, believes American Muslims are incompatible with the United States.

But what both these candidates ignores that Muslims were one of the first people to preach American values in this country, and they found the basis for their values from their faith. What promotes more pluralism, individual rights, and democracy than slaves who stood up against oppression, humiliation and robbery of their peoplehood? They made their “nobodiness” into “somebodiness” using the tenants of their faith, which preached equality and justice for all.

Black Muslims have not only developed this country, but they have pushed forward this country. For more than two centuries American Muslims of all faiths — black, Latino, Asian and Arab — have served as doctors, lawyers, teachers, police officers and community leaders in this country. In the 1960s, Malcolm X — the voice of the black Muslim faith — championed civil rights and human rights for all Americans.

Today, we celebrate black Muslims in every sport arena. Kareem Abdul-Jabaar, a 15-time NBA Champion, Shaquille O’Neal, Mike Tyson, and Ibtihaj Muhammad, the first American woman in hijab to represent the United States in the Rio Olympics. Almost three decades before Colin Kaepernick of the 49ers refused to stand for the National Anthem, Mahmoud Abdul Rauf refused to stand for the National Anthem, citing his protests of discrimination against African Americans, and his faith’s tenet of equality for all. And let’s not forgot “The Greatest of All Time,” Muhamad Ali. Not only was he a champion for black people, but he was also a champion of his faith. He once stated, “I will not disgrace my religion, my people or myself by becoming a tool to enslave those who are fighting for their own justice, freedom and equality.“ Black Muslims in the entertainment industry have also enriched this country. T-Pain, Swizz Beatz, Nas, Andre 3000, Busta Rhymes, Lupe Fiasco, Ice Cube and others used their musical talents, changing the face of hip-hop and rap.

We owe a debt to the first black Muslims in this country. They have paved the way for Muslims of all backgrounds today. In their fight for freedom, they preached the highest values of the American tradition. As Benjamin Franklin once said, “So that even if the Mufti of Constantinople were to send a missionary to preach Mohammedanism to us, he would find a pulpit at his service.” Franklin states that Islam and its teachings will always have a place in American life. But we must never forget that Islam and Muslims were part of the fabric of this country from the very beginning, and the debt we owe them.

Sahar Akbarzai is a School of Arts and Sciences junior majoring in political science and minoring in economics. Her column, “Unapologetically Muslim” runs monthly every Fridays.

YOUR VOICE | The Daily Targum welcomes submissions from all readers. Due to space limitations in our print newspaper, letters to the editor must not exceed 500 words. Guest columns and commentaries must be between 700 and 850 words. All authors must include their name, phone number, class year and college affiliation or department to be considered for publication. Please submit via email to oped@dailytargum.com by 4 p.m. to be considered for the following day’s publication. Columns, cartoons and letters do not necessarily reflect the views of the Targum Publishing Company or its staff.