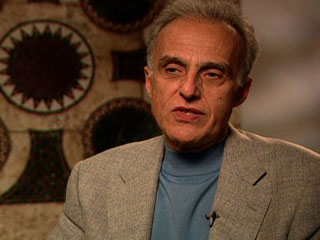 “The way in which you preach a message is how you lead your life and interact with people,” Esposito said.

Encouraging US Muslims to reach out to their community, an expert on Muslim-Christian relations urged the Muslim community to be more active in the political system and file their own candidates to increase presence in the public sphere.

“This is a community that after a number of decades is now mainstream — economically, educationally, technologically,” John L. Esposito, professor of Religion and International Affairs at Georgetown University, told Baffalo News website on Sunday, May 8.

Esposito, the keynote speaker at the annual banquet of the Muslim Public Affairs Council of Western New York, said US Muslims need to be more active in the political system, not just voting, but getting their candidates elected.

Speaking to more than 300 people at the banquet in Adam’s Mark Hotel, where he also signed copies of his new book, “The Future of Islam”, Esposito acknowledged the fact that Muslims were facing growing stigmatization.

Yet, he urged them to deal with these problems through reaching out to the wider community.

“Despite having to deal with the growth of Islamophobia, … this is a community that increasingly has to use its muscle to increase its presence in the public sphere,” Esposito, the founding director of the Centre for Muslim-Christian Understanding, added.

He noted that correcting misconceptions about Islam would only come through daily interaction with non-Muslims in their communities.

“I don’t believe that people have to aggressively be preaching a message,” said Esposito, a professor of religion and Islamic studies.

Since the 9/11 attacks on the United States, US Muslims, estimated by 7-8 million, have complained of facing discrimination and stereotypes in the society because of their Islamic attires or identities.

Esposito admitted a history of stigmatizing Muslims following the 9/11 attacks, which burden was carried by the Muslim minority in the US.

“Particularly in the last five to eight years, the situation has gotten worse rather than better in terms of attitudes toward Muslims,” said Esposito.

“That is, people are not doing what Presidents [George W.] Bush and Obama talked about—distinguishing between extremists and mainstream.”

The growing anti-Muslim frenzy developed widely over past months.

Plans to build a mosque near the site of the 9/11 attacks in New York, resulted in attacks on Muslims and their property.

A Republican Senator stirred uproar last March over holding a probe into what he called “radicalization” of American Muslims. Peter King, the chairman of the US House of Representatives’ Homeland Security Committee, claimed that US Muslims are being radicalized by Al-Qaeda operatives, accusing Muslim leaders of not cooperating with law enforcement authorities in fighting terrorism.

By declaring the death of Bin Laden, welcomed by majority of US Muslims and Muslim organizations around the world, many called for closing a decade of anti-Muslim stigma.

Even more, the fact the no major protests erupted following bin Laden’s death in other parts of the world reflected that al-Qaeda group is not supported by a Muslim majority, Esposito noted.

“There were no mass demonstrations,” he said.

“It shows the vast majority of Muslims have never supported bin Laden.”