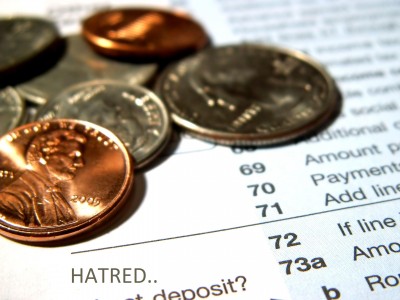 News personalities, politicians, self-appointed experts on the Muslim world, and law enforcement and intelligence officials, as well as the Christian right, have successfully demonized Muslims in the United States since the attacks of 2001. It is acceptable to say things openly about Muslims that could never be said about any other ethnic group. And as the economy continues to unravel, as we face the possibility of revenge attacks by Islamic extremists, perhaps on American soil, the plight of Muslims is beginning to mirror that of targeted ethnic minority groups on the eve of the war in the former Yugoslavia, or Jews in the dying days of the Weimar Republic.

The major candidates for the Republican nomination for the presidency, including Rick Santorum, Michele Bachmann, Herman Cain, Newt Gingrich and Mike Huckabee, along with television personalities such as Bill Maher, routinely employ hate talk against Muslims as a way to attract votes or viewers. Right-wing radio and cable news, including Christian radio and television, along with websites such as Jihad Watch and FrontPage, spew toxic filth about Muslims over the airwaves and the Internet. But perhaps most ominously—as pointed out in “Manufacturing the Muslim Menace,” a report by Political Research Associates—a cadre of right-wing institutions that peddle themselves as counterterrorism specialists and experts on the Muslim world has been indoctrinating thousands of police, intelligence and military personnel in nationwide seminars. These seminars, run by organizations such as Security Solutions International, The Centre for Counterintelligence and Security Studies, and International Counter-Terrorism Officers Association, embrace gross and distorted stereotypes and propagate wild conspiracy theories. And much of this indoctrination within the law enforcement community is funded under two grant programs for training—the State Homeland Security Program and Urban Areas Security Initiative—which made $1.67 billion available to states in 2010. The seminars preach that Islam is a terrorist religion, that an Islamic “fifth column” or “stealth jihad” is subverting the United States from within, that mainstream American Muslims have ties to terrorist groups, that Muslims use litigation, free speech and other legal means (something the trainers have nicknamed “Lawfare”) to advance the subversive Muslim agenda and that the goal of Muslims in the United States is to replace the Constitution with Islamic or Shariah law.

“You would not expect a Democratic administration to fund right-wing groups,” Thom Cincotta, a civil liberties attorney and the author of the Political Research Associates report, told me, “and yet we continue to have hard-right, Islamophobic speakers and companies being paid taxpayer dollars to promote racist doctrines that undermine U.S. national security policy concerning Islam and the Muslim world. Policy expert after policy expert point out that framing our counterterrorism efforts as a war against Islam is a recipe for building increased resentment among Muslims, as well as a potent recruiting tool for those who would like to carry out violent attacks against us. This kind of demonizing breaks down communication between law enforcement agents and Muslim communities, which have proven to be strong allies in the rare instances of domestic extremism. Not only does it threaten to erode basic civil liberties, it threatens freedom of expression and freedom of worship.”

The effects of this campaign of racial hatred are being felt throughout the Muslim community. Those with Muslim names are routinely harassed at airports, and many who wear traditional Muslim dress report mounting cases of verbal and sometimes physical abuse. Muslim children endure taunts in schools. Muslims complain of intrusive surveillance, unconstitutional profiling and frequent mistreatment by law enforcement. The practice of Islam, especially in its traditional forms, is now viewed by many as a sign of criminal intent. And with the rise of the surveillance and security state—we now have 854,000 people working in our domestic security apparatus and 800,000 more employed as police and emergency personnel—national law is being turned into an instrument of overt repression against a religious minority.

Those making war on Islam are ignorant of the practices and beliefs of the world’s 1.3 billion Muslims. The Muslim community is not a monolith. It is composed of numerous ethnic, national, cultural and racial groups that often have little in common and in some cases are antagonistic. Of the some 6 million Muslims in the United States, only 5 to 10 percent define themselves as religious. And those groups that express political versions of Islam—the Jamaat al-Islamiyya out of South Asia and the Salafis—are a tiny and marginalized minority.

The poison of this rhetoric was on display a few days ago when a trustee of City University of New York blocked the playwright Tony Kushner, who is Jewish, from receiving an honorary doctorate because of Kushner’s criticism of Israel’s treatment of the Palestinians. The trustee, Jeffrey S. Wiesenfeld, labeling Kushner “an extremist,” told The New York Times that the Palestinians “who worship death for their children are not human.”

I had dinner in Berkeley recently with my friend Sheikh Hamza Yusuf, an Islamic scholar and the co-founder of Zaytuna College, who has watched the steady deterioration of Muslims’ civil rights since the 2001 attacks. He argues that the stereotypes employed against Muslims mirror, with a different iconography and language, the Cold War Red-baiting that dismantled the militant labor movement and ended all serious challenges to unfettered corporate capitalism. The Red-baiting disempowered a dissident segment of American society and legalized its persecution. Red-baiting turned socialists, anarchists, populists, communists and radicals, who relentlessly challenged the orthodoxies of the permanent war economy and assault on civil liberties, into pariahs and scapegoats. It worked once. It could work again.

The portrayal of Muslims as mortal enemies serves the interests of the expanding security state and the war industry, which consume half of all federal discretionary spending. The “Muslim threat” propagates the culture of fear and ensures our political passivity. Yusuf calls the attacks on American Muslim leadership and Islamic charities “Swiftboating,” in reference to the right-wing smearing of John Kerry’s war record when the senator was running for president in 2004. Create doubt in people’s minds about the allegiances of Muslim leaders and you effectively undermine the entire community. He says these caricatures of Muslims as evil terrorists become effective tools in justifying the ongoing occupations and wars in Iraq and Afghanistan, the proxy wars in Yemen and Pakistan, and the suspension of basic civil liberties at home. Israel, as well as its supporters in the United States, routinely employs the same racist cant to excuse Israeli war crimes and deny the legitimate rights of Palestinians.

“I was completely humiliated by one of these Homeland Security officials at the San Francisco Airport recently,” Yusuf told me. “He knew who I was. He got more and more antagonistic. He searched all my things. It was one question after another. ‘Who were you visiting?’ he asked. ‘Where were you?’ It was done in front of my wife and children. He would not let up. We had somebody else’s bag who was traveling with us and who had just gone through security. He said, looking at the bag, ‘What kind of a name is that, Hussani?’ I said, ‘It is an American name.’ He looked at me and said: ‘Don’t get smart with me. You’re a big-shot guy. You’re not stupid. You know exactly what I mean. What is that? Is it an Arab name?’ I said, ‘Look, it could be many, many nationalities.’ ‘Well,’ he said, ‘I’m asking you about this one.’ He was talking to me like this. After about 30 minutes of this, and I don’t know why I was putting up with this, I guess I was hoping each time would be the last, I finally said, ‘You can arrest me. You can do whatever you want. But I’m not answering another one of these inane questions.’ He tossed my passport at me and said, ‘Have a nice day.’ And I am wondering, did he just go through one of these training seminars?”

Yusuf filed a complaint with his senator and the Homeland Security Department. Homeland Security officials told him they would investigate the matter, and that if he could notify them in advance they would escort him through the airport security line. “But,” he said, “the problem with that approach is it essentially turns us into a Third World country where influential people are treated well, but others suffer the brunt of a regime’s brutality if they are suspect. That’s what happens when I go to counties in the Arab world. They meet me at the airport. I get treated like a VIP. But then Gulam, the little greengrocer from Peshawar, who came here as a refugee 15 years ago from the Afghani war, he gets treated like crap, because he doesn’t have friends or influence. Our creed is supposed to be ‘Liberty and justice for all’ and that’s all I want.”

Yusuf tells Muslims in the United States that they should attempt to understand those who readily embrace these stereotypes. “We can’t demonize those who attend rallies where they demonize us, because in the end the people who attend these rallies are also victims,” he said. “They are victims of these demagogues with bully pulpits. People are scared. They are losing their jobs. Their mortgages have gone into foreclosure. They are angry. Demagogues always arise in these situations to use and direct anger. The Muslim community is just an easy target.”