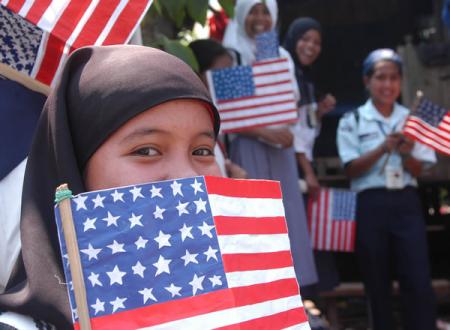 When a journalist takes a job at the Fox News Network, does the agreement state he or she must throw out all objectivity for a pay check signed by Rupert Murdock? It seems that’s what has happened to Juan Williams, a once respected news analyst for NPR and a Fox News contributor.

When Bill O’Reilly said, “Muslims killed us on 9/11” on The View, Juan Williams backed O’Reilly’s assertion by stating on Fox’s O’Reilly Factor, “When I get on the plane, I got to tell you, if I see people who are in Muslim garb and I think, you know, they are identifying themselves first and foremost as Muslims, I get worried. I get nervous.”

This was an islamophobic rally cry on Juan Williams’ part as he heartily contributed to the nightly Muslim-bashing on the Fox News Network. He did not apologize, and NPR terminated him last week stating, “His remarks on The O’Reilly Factor this past Monday were inconsistent with our editorial standards and practices, and undermined his credibility as a news analyst with NPR.”

I will be writing a check to my local NPR station for this season’s pledge drive.

It’s a fact that not one of the terrorists who ever tried or succeeded to harm people on a plane was dressed in “Muslim garb”. It’s like comedian/activist Azhar Usman said several years ago in his comedy act, “If I was a crazy, fundamentalist terrorist Muslim about to hijack a plane, this probably wouldn’t be the disguise I’d go with,” referring to his beard and Islamic prayer cap.

Like an observant Jew who wears a yarmulke, or a faithful Christian woman who wears a cross around her neck, Muslims also have symbols of their faith, and some, like the woman’s hijab, are believed to be requirements of the faith. A display of one’s beliefs should not be deemed a lack of patriotism, or a security threat.

Any person of any faith will identify himself as a believer first, and a patriot second. When I wear my modest attire, including a scarf on my head, I am saying “God and Country” — in that order. When you see me or any of my fellow American Muslims on the street, in the marketplace, workplace or even boarding a plane, you should know we are exactly who we say we are, Muslims and Americans. We are being truthful about who we are and what we believe. What’s scary about that?

Muslims are part of the American landscape. We’re not going anywhere. I am a patriotic, multi-generation American who also happens to be a Muslim, and I for one will not change or bend my beliefs and practices because it may help someone else feel more comfortable. I’ll continue to endure the hateful stares when I fly, but my fellow passengers can rest easy; I’ve only got hair under my scarf.