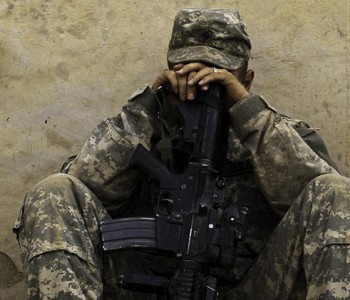 Our writer delivers a searing dispatch after the WikiLeaks revelations that expose in detail the brutality of the war in Iraq – and the astonishing, disgraceful deceit of the US.

As usual, the Arabs knew. They knew all about the mass torture, the promiscuous shooting of civilians, the outrageous use of air power against family homes, the vicious American and British mercenaries, the cemeteries of the innocent dead. All of Iraq knew. Because they were the victims.

Only we could pretend we did not know. Only we in the West could counter every claim, every allegation against the Americans or British with some worthy general – the ghastly US military spokesman Mark Kimmitt and the awful chairman of the Joint Chiefs, Peter Pace, come to mind – to ring-fence us with lies. Find a man who’d been tortured and you’d be told it was terrorist propaganda; discover a house full of children killed by an American air strike and that, too, would be terrorist propaganda, or “collateral damage”, or a simple phrase: “We have nothing on that.”

Of course, we all knew they always did have something. And yesterday’s ocean of military memos proves it yet again. Al-Jazeera has gone to extraordinary lengths to track down the actual Iraqi families whose men and women are recorded as being wasted at US checkpoints – I’ve identified one because I reported it in 2004, the bullet-smashed car, the two dead journalists, even the name of the local US captain – and it was The Independent on Sunday that first alerted the world to the hordes of indisciplined gunmen being flown to Baghdad to protect diplomats and generals. These mercenaries, who murdered their way around the cities of Iraq, abused me when I told them I was writing about them way back in 2003.

It’s always tempting to avoid a story by saying “nothing new”. The “old story” idea is used by governments to dampen journalistic interest as it can be used by us to cover journalistic idleness. And it’s true that reporters have seen some of this stuff before. The “evidence” of Iranian involvement in bomb-making in southern Iraq was farmed out to The New York Times’s Michael Gordon by the Pentagon in February 2007. The raw material, which we can now read, is far more doubtful than the Pentagon-peddled version. Iranian military material was still lying around all over Iraq from the 1980-88 Iran-Iraq war and most of the attacks on Americans were at that stage carried out by Sunni insurgents. The reports suggesting that Syria allowed insurgents to pass through their territory, by the way, are correct. I have spoken to the families of Palestinian suicide bombers whose sons made their way to Iraq from Lebanon via the Lebanese village of Majdal Aanjar and then via the northern Syrian city of Aleppo to attack the Americans.

But, written in bleak militarese as it may be, here is the evidence of America’s shame. This is material that can be used by lawyers in courts. If 66,081 – I loved the “81” bit – is the highest American figure available for dead civilians, then the real civilian mortality score is infinitely higher since this records only those civilians the Americans knew of. Some of them were brought to the Baghdad mortuary in my presence, and it was the senior official there who told me that the Iraqi ministry of health had banned doctors from performing any post-mortems on dead civilians brought in by American troops. Now why should that be? Because some had been tortured to death by Iraqis working for the Americans? Did this hook up with the 1,300 independent US reports of torture in Iraqi police stations?

The Americans scored no better last time round. In Kuwait, US troops could hear Palestinians being tortured by Kuwaitis in police stations after the liberation of the city from Saddam Hussein’s legions in 1991. A member of the Kuwaiti royal family was involved in the torture. US forces did not intervene. They just complained to the royal family. Soldiers are always being told not to intervene. After all, what was Lieutenant Avi Grabovsky of the Israeli army told when he reported to his officer in September 1982 that Israel’s Phalangist allies had just murdered some women and children? “We know, it’s not to our liking, and don’t interfere,” Grabovsky was told by his battalion commander. This was during the Sabra and Chatila refugee camp massacre.

The quotation comes from Israel’s 1983 Kahan commission report – heaven knows what we could read if WikiLeaks got its hands on the barrels of military files in the Israeli defence ministry (or the Syrian version, for that matter). But, of course, back in those days, we didn’t know how to use a computer, let alone how to write on it. And that, of course, is one of the important lessons of the whole WikiLeaks phenomenon.

Back in the First World War or the Second World War or Vietnam, you wrote your military reports on paper. They may have been typed in triplicate but you could number your copies, trace any spy and prevent the leaks. The Pentagon Papers was actually written on paper. You needed to find a mole to get them. But paper could always be destroyed, weeded, trashed, all copies destroyed. At the end of the 1914-18 war, for example, a British second lieutenant shot a Chinese man after Chinese workers had looted a French military train. The Chinese man had pulled a knife on the soldier. But during the 1930s, the British soldier’s file was “weeded” three times and so no trace of the incident survives. A faint ghost of it remains only in a regimental war diary which records Chinese involvement in the looting of “French provision trains”. The only reason I know of the killing is that my father was the British lieutenant and told me the story before he died. No WikiLeaks then.

But I do suspect this massive hoard of material from the Iraq war has serious implications for journalists as well as armies. What is the future of the Seymour Hershes and the old-style investigative journalism that The Sunday Times used to practise? What is the point of sending teams of reporters to examine war crimes and meet military “deep throats”, if almost half a million secret military documents are going to float up in front of you on a screen?

We still haven’t got to the bottom of the WikiLeaks story, and I rather suspect that there are more than just a few US soldiers involved in this latest revelation. Who knows if it doesn’t go close to the top? In its investigations, for example, al-Jazeera found an extract from a run-of-the-mill Pentagon press conference in November 2005. Peter Pace, the uninspiring chairman of the Joint Chiefs of Staff, is briefing journalists on how soldiers should react to the cruel treatment of prisoners, pointing out proudly that an American soldier’s duty is to intervene if he sees evidence of torture. Then the camera moves to the far more sinister figure of Defence Secretary Donald Rumsfeld, who suddenly interrupts – almost in a mutter, and to Pace’s consternation – “I don’t think you mean they (American soldiers) have an obligation to physically stop it. It’s to report it.”

The significance of this remark – cryptically sadistic in its way – was lost on the journos, of course. But the secret Frago 242 memo now makes much more sense of the press conference. Presumably sent by General Ricardo Sanchez, this is the instruction that tells soldiers: “Provided the initial report confirms US forces were not involved in the detainee abuse, no further investigation will be conducted unless directed by HHQ [Higher Headquarters].” Abu Ghraib happened under Sanchez’s watch in Iraq. It was also Sanchez, by the way, who couldn’t explain to me at a press conference why his troops had killed Saddam’s sons in a gun battle in Mosul rather than capture them.

So Sanchez’s message, it seems, must have had Rumsfeld’s imprimatur. And so General David Petraeus – widely loved by the US press corps – was presumably responsible for the dramatic increase in US air strikes over two years; 229 bombing attacks in Iraq in 2006, but 1,447 in 2007. Interestingly enough, US air strikes in Afghanistan have risen by 172 per cent since Petraeus took over there. Which makes it all the more astonishing that the Pentagon is now bleating that WikiLeaks may have blood on its hands. The Pentagon has been covered in blood since the dropping of the atom bomb on Hiroshima in 1945, and for an institution that ordered the illegal invasion of Iraq in 2003 – wasn’t that civilian death toll more than 66,000 by their own count, out of a total of 109,000 recorded? – to claim that WikiLeaks is culpable of homicide is preposterous.

The truth, of course, is that if this vast treasury of secret reports had proved that the body count was much lower than trumpeted by the press, that US soldiers never tolerated Iraqi police torture, rarely shot civilians at checkpoints and always brought killer mercenaries to account, US generals would be handing these files out to journalists free of charge on the steps of the Pentagon. They are furious not because secrecy has been breached, or because blood may be spilt, but because they have been caught out telling the lies we always knew they told.

WikiLeaks yesterday released on its website some 391,832 US military messages documenting actions and reports in Iraq over the period 2004-2009. Here are the main points:

Hundreds of incidents of abuse and torture of prisoners by Iraqi security services, up to and including rape and murder. Since these are itemised in US reports, American authorities now face accusations of failing to investigate them. UN leaders and campaigners are calling for an official investigation.

Coalition leaders have always said “we don’t do death tolls”, but the documents reveal many deaths were logged. Respected British group Iraq Body Count says that, after preliminary examination of a sample of the documents, there are an estimated 15,000 extra civilian deaths, raising their total to 122,000.

The shooting of men trying to surrender

In February 2007, an Apache helicopter killed two Iraqis, suspected of firing mortars, as they tried to surrender. A military lawyer is quoted as saying: “They cannot surrender to aircraft and are still valid targets.”

Hundreds of civilians killed at checkpoints

Out of the 832 deaths recorded at checkpoints in Iraq between 2004 and 2009, analysis by the Bureau of Investigative Journalism suggests 681 were civilians. Fifty families were shot at and 30 children killed. Only 120 insurgents were killed in checkpoint incidents.

Reports detail US concerns that Iranian agents had trained, armed and directed militants in Iraq. In one document, the US military warns a militia commander believed to be behind the deaths of US troops and kidnapping of Iraqi officials was trained by Iran’s Islamic Revolutionary Guard.