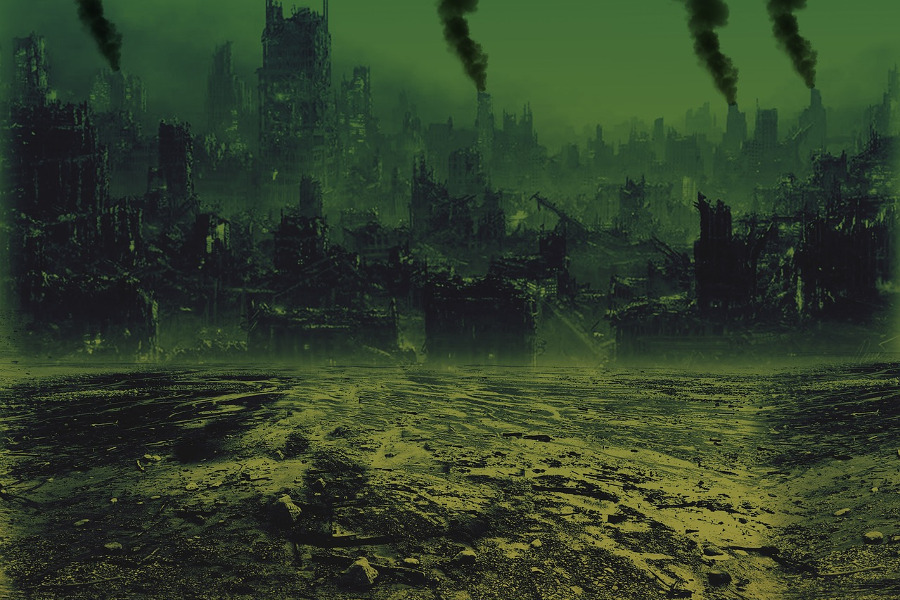 Abu Hurairah (Allah be pleased with him) narrated that the Messenger of Allah (Allah bless him and grant him peace) said,

“If the people of my community ever come to attach a lot of significance to this material world, the awe-inspiring effect of Islam will be taken away from them. And if they ever abandon the task of enjoining what is good and forbidding what is wrong, they will be deprived of the blessings of divine revelations. And if they start to curse one another, they will be degraded in the sight of Allah.”

Deprivation of Awe and Reverence

In this hadith, three types of crimes and consequently three punishments for them have been put forth. The first is that when this Ummah begins to attach much significance to this world and material possessions become a token of love and respect, then the awe and glory of Islam will be snatched from them.

The first condition of Islam is to surrender oneself to Allah Almighty, and surrendering to Allah means to sacrifice oneself for the pleasure of Allah (SWT). If a person instead attaches importance to a thing that is low in the sight of Allah, then one’s status of being a true servant of Allah ends and such a person would never be able to sacrifice oneself for Allah Almighty. When the inner self becomes contaminated due to such emotions, the awe and respect will continue vanishing. The reason is that when a person looks upon the world with respect, then he naturally prefers the rights of worldly affairs to those of Allah Almighty. The respect towards the rights of Allah and the respect towards the mundane affairs may not be combined in a single person’s heart. However, the person who surrenders himself to Allah with all his concentration and starts sacrificing it for him, then he becomes of the servants of Allah, His dear and near servants and chosen friends. As a result, awe and dignity [emanate from him] just as a chosen servant of a king attracts awe and dignity for his deep relation to the king. In the same manner, dignity, awe, and respect are clearly seen on the faces of the chosen servants of Allah. However, when one ceases to revere the rights of Allah giving extra preference to the material things, then awe will be taken away from them for they no longer remain the true servants of Allah; rather they are servants of their desires and enslaved to materialism and lust. (Nawādir al-Uṣūl fī Ma‘rifat Aḥādīth al-Rasūl, 2:270)

In brief, when the Muslim Ummah is enslaved to riches and materialism, and start to attach much more importance to mundane affairs, then the awe of Islam will be taken away from them. The reason is that they no longer remain true servants of Allah due to their glorifying of worldly possessions. Awe is conferred upon the true servants of the king who are attached to him. And this virtue may only be obtained when one deems the king as great and supreme, and by ignoring everything except the king. But when this Ummah contrarily deemed the worldly affairs as great and significant, it naturally committed a violation in its relationship with Allah. Therefore, it no longer remains as chosen and dear to Him. The punishment inflicted upon it – as a result of this – is becoming degraded and imprecated by others and being deprived of all glory and respect.

Dear Muslims, you should think seriously. Is not the majority of the Ummah glorifying wealth and riches deeming it to be the standard of respect and disrespect? Are not the worldly posts and offices, certificates and degrees, being given more importance and considered to be the criterion of lowliness and greatness? Is not the majority of our community involved in obtaining material benefits by hook or by crook and satisfying their lusts like the unbelievers do from morning till evening? Even the prayer is not given importance by the Muslims. When the Muslims ceased to give proper respect to the rights of Allah, they were made [targets of insult] and deemed ignoble in the eyes of the other nations. This is the sum of the prophecy of the Messenger of Allah (Allah bless him and grant him peace) as mentioned in the hadith.

Deprivation of the Blessings of Revelation

The second point mentioned in the hadith is that when the Muslim Ummah ceases to fulfill the duty of enjoining good and forbidding evil then it will be left deprived of the blessings of revelation.

In fact, the duty of enjoining good and forbidding evil is something with which the prophets were tasked. The progress of the religion completely depends upon this. On account of enjoining good, the commandments of religion and its beautiful teachings remain safe and intact, whereas the duty of forbidding evil keeps the human society free from ills, innovations, alterations, and interpolations. If this duty is unfulfilled, then neither the beauties of religion will be brought to the notice of the public nor the religion could be preserved. When the duty of enjoining good and forbidding evil ceases, insight into religion is lost and the light of the heart dims. The sense of distinguishing the right from the wrong disappears. Even the sense of distinguishing Īmān from kufr, Sunnah from bid’ah, the right from the wrong no remains.

Even though a person will recite the Qur’an and revelation, nothing will of its true teachings will enter his ears and he will be left deprived of its true understanding. He will have a good knowledge of the lexicon, high expertise in the commentary of the Qur’an, well versed in the fine subjects and subtle points, but despite all these he will be completely careless of the promises and punishments mentioned within them. These are the blessings of revelation which he will be deprived of. (Nawādir al-Usūl, 2: 271)

In brief, people will be unable to draw lessons from the Qur’an in order that they be delighted with glad tidings and fearful of the punishments.

Curse and Abuse – A Cause of Being Degraded by Allah

The last prophecy mentioned in the hadith is that when the individuals of this Ummah begin to curse each other, they will be degraded in the sight of Allah.

The reason is that cursing and abusing each other comes as a result of hatred and spite towards each other and [competing with one] another in worldly affairs. These are the things that degrade a person in the sight of Allah. And the person who is degraded in the sight of Allah is precluded from the protection of Allah which directly or indirectly results in many religious and worldly tribulations. (Nawādir al-Usūl, 271: 2)

It is a pity that this tribulation has gripped our society and everyone feels free to abuse and curse others which has resulted in their degradation in the sight of Allah.

Note: This article was edited by IlmGate for spelling, grammar, and style.