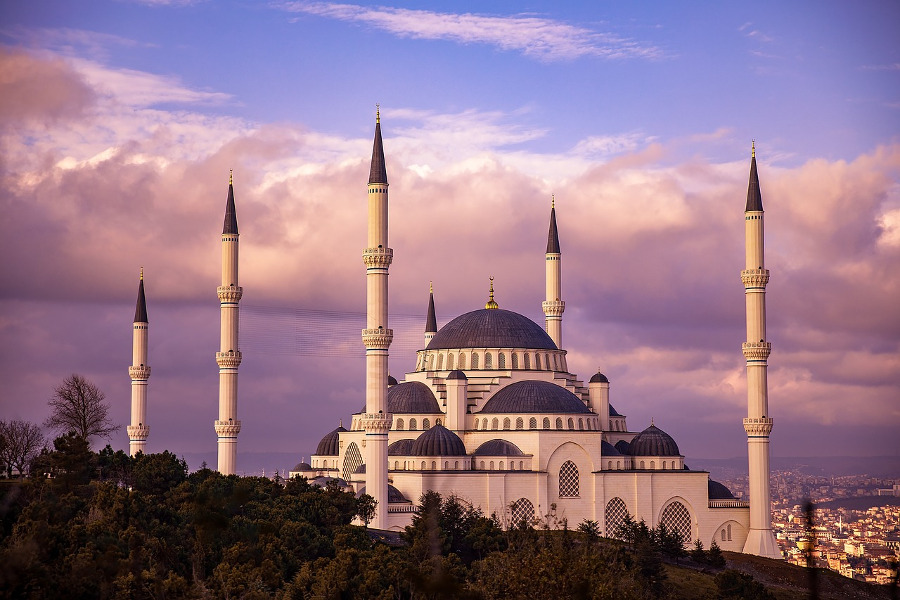 As human beings, our life in this world is one characterized by fluctuating conditions that make us happy and those that are a means of causing us sadness. No one experiences perpetual bliss and neither are problems never ending. Life by its very nature is a test.

In the Quran Allah Most High says,

‘He is the One that has created Life and Death in order to test who amongst you is best in conduct’ – (Quran:Surah 67, Verse 2)

As Believers we ought to believe that every condition is a manifestation of the Will of Allah Most High . What has passed us was not meant to befall us and what has befallen us was not meant to pass us. Assistance comes with patience, relief after affliction and ease after difficulty (Hadith-Tirmidhi). Our faith and belief is tested when undergoing difficulties and afflictions. These difficulties may be physical, emotional, financial and/or psychological. This is borne out by the following verse of the Quraan,

‘Verily We will test you with some fear, hunger, and loss of wealth, life or the fruits (of your labour)’-(Quran:Surah 2, Verse 155 )

These adverse conditions may at times be upon an individual, a family, a community or as today in the world upon large sections of the Ummah as is the case in Palestine, Syria, Afghanistan, Burma and other parts of the world.

Should anyone who is facing some form of test be told to resort to Dua then this suggestion would probably be met with a gaze of disbelief as if to say, ‘And what can be achieved through Dua?’ Should this solution be offered as a panacea for the problems of the Ummah today we would be scoffed at and ridiculed as being totally non pragmatic and impractical – if not verbally then in thought. However, in the Seerah there is an incident where the Noble Messenger of Allah (peace be upon him) came across a community of people going through a tribulation he said,’Why don’t they supplicate (make Dua) to Allah for assistance?’

Can we say that the Noble Messenger of Allah (peace be upon him) was non pragmatic or impractical? (May Allah protect us from such thoughts and statements)

In fact every Muslim will readily admit that he (peace be upon him) was THE most practical and pragmatic person.

So how do we reconcile this with the type of thought processes that we employ today?

The reason for this disparity is because with us Dua (Supplication) has become a ritual, devoid of any life, and has become our final resort after all options and means have been exhausted – more like an act of desperation while what the Noble Messenger wished to highlight was that Dua (Supplication) was to be the first recourse of a Believer before anything else and the last action after everything else and upheld in the intervening period while executing our plans and actions with great diligence! Dua has the unique ability to change destiny (Hadith-Tirmidhi). The other reason was the absolute faith of the Noble Messenger of Allah (Peace be upon him) that Dua was indeed a means of direct communication with the Creator of the Universe by virtue of which His help and assistance could be harnessed and solicited. This is amply borne out in the lives of the Prophets (Upon them be peace) that are presented in the Quraan who utilised this ‘weapon’ to solicit the help of the Creator of the Universe when all their efforts, in an increasingly hostile environment, for the reformation of their nations had not been heeded. A very poignant example of this is the incident of the Prophet Nuh (Upon him be peace). In the Quraan Allah Most High mentions the incident in the following words,

‘The people of Noah denied and they belied Our Servant and said, ‘He is a madman’ and threatened him.

He therefore supplicated (through Dua) to his Lord (saying), ‘I am overpowered! Assist me?’

We therefore opened the gates of heaven, with water flowing furiously.

(And) We caused springs to gush out from the earth, so that the two waters met in a quantity that had been destined’ (Quran:Surah 54, Verse 9-12)

The above verses in the original Arabic language are very powerful and conjure up an image of vast volumes of waters gushing forth profusely from both the earth and the skies until the earth was water logged and all those that had belied and ridiculed the Messenger were drowned in the deluge. We can safely say that the Prophets (Peace be upon them), in discharging their responsibility of calling towards the Creator, qualified for His assistance and the action that motioned this assistance that the forces of ‘nature’, which in fact make up the army of Allah Most High, immediately conspired in favour of the Prophets (Upon them be peace) was that of lifting their hands in Dua (Supplication).

At the time of the battle of Badr, with the future of Islam under threat, when a small ill equipped band of 313 faced an army of 1000 well equipped the Noble Messenger of Allah (Peace be upon him) spent the entire night on the eve of the battle begging and supplicating unto Allah for His assistance and the next day Allah Most High granted the greatest victory in the annals of Islamic history.

When Sultan Salahudin Ayyubi (May Allah’s mercy be upon him) received news of the Crusader’s ships setting sail with reinforcements he immediately retired to the Masjid and spent the entire night in prayer, beseeching and begging Allah Most High’s assistance. When he eventually emerged after the morning prayer he met a sagacious and pious man and said to him,

‘Don’t fear O Salahudin! Verily the tears of the night have drowned the enemy ships’

A short while later news was received that these ships had sunk.

In fact in another hadith it is mentioned that,‘Dua IS worship’ (Hadith-Sunan Abu Dawood)

If one ponders and reflects on the above ahadith one will realise that they are very clear, definite and absolute statements. How is it that we give so little attention to that described as both the ‘essence’ of worship as well as worship itself?

The reason for this is because we tend to look at the outward form of Dua which, when compared to other’s acts of Ibadah (worship) is ‘less strenuous’ and ‘exertive’ in terms of time, place, language and physical exertion. While there are conducive and opportune moments when Duas are accepted in relation to the above there are no restrictions or specifications on the act of Dua. Dua can be made at any time, in any place, in any language, when a woman is in her menses and also in a state of ceremonial impurity.

Dua is the ultimate form of Abdiya (Bondsman-ship) in that it is an expression of one’s total dependence on Allah Most High knowing that every single condition, good or bad, happy or sad, benefit or harm, wealth or poverty, is exclusively in the hands of Allah Most High and that He alone is the ultimate Causer of causes. With Him are the keys to His unlimited and unending treasures.

Dua is that act which ‘connects’ the slave to his Master who, when he lifts his hands as begging bowls in an expression of begging as a beggar does, (O mankind! It is you who stand as beggars in your relation to Allah, and it is Allah Who is Free of all wants, Worthy of all praise –(Quran:Surah 35, Verse 15) in total humility, with an attentive heart (Hadith-Tirmidhi), having full hope in his Creator, Maker, Sustainer and Cherisher (Hadith-Tirmidhi) attracts the gaze of Mercy of the Master who feels shy in turning His slave away empty handed (Hadith-Ahmed, Abu Dawood). If it is not in the nature of a mother to turn her child away empty handed no matter how disobedient a child may be, how is it possible that the One who is THE MOST MERCIFUL and who has placed mercy in the hearts of all mothers turns away His slave, empty handed, after turning to Him? How is it possible for the One who becomes angry when his slaves do not supplicate to Him (Hadith-Sunan Ibn Majah) not to be happy when they do?

Continuously turning to Allah Most High in Dua is a sign of one’s conviction in Him and the more one turns to Him the more one’s faith increases. Dua is a condition of the heart and conversation with One’s Maker in the language of one’s choice. Dua is a means of asking Allah Most High for the fulfillment of ALL our needs no matter how mundane or insignificant as even a shoe lace (Hadith-Tirmidhi) or significant as facing overwhelming odds in the battlefield. Remember that in the vocabulary of Allah Most High there are no words such as impossible, unattainable and/or insurmountable. Dua in times of ease is gratifying and engenders humility while at the same time serves as an assurance of our Duas being accepted in times of difficulty (Hadith-Tirmidhi). Dua in times of difficulty, accompanied by the shedding of tears is uplifting, invigorating, assuring, cleanses, refreshes and provides solace and relief to a broken heart.

In current times as individuals we are faced with so many tribulations and internationally, the Ummah, is faced with crises across the globe that, at times we cannot help but feel helpless, frustrated and depressed. In such times we have the choice of negotiating these hurdles all by ourselves or through voicing our dissent by petitioning the ‘powers’ that be or to utilise THE most powerful ‘weapon’ at the disposal of every Believer – Dua, and stand up before Allah Most High and to petition Him for His help as He alone is the one who has power over everything and every situation.

That Choice rests with YOU!

Tags: Dua fluctuating conditions grateful and humble Messenger of Allah (peace be upon him) perpetual bliss Pleasant & favourable conditions problems of Muslim Ummah weapon of a believer Will of Allah Jalla wa aala