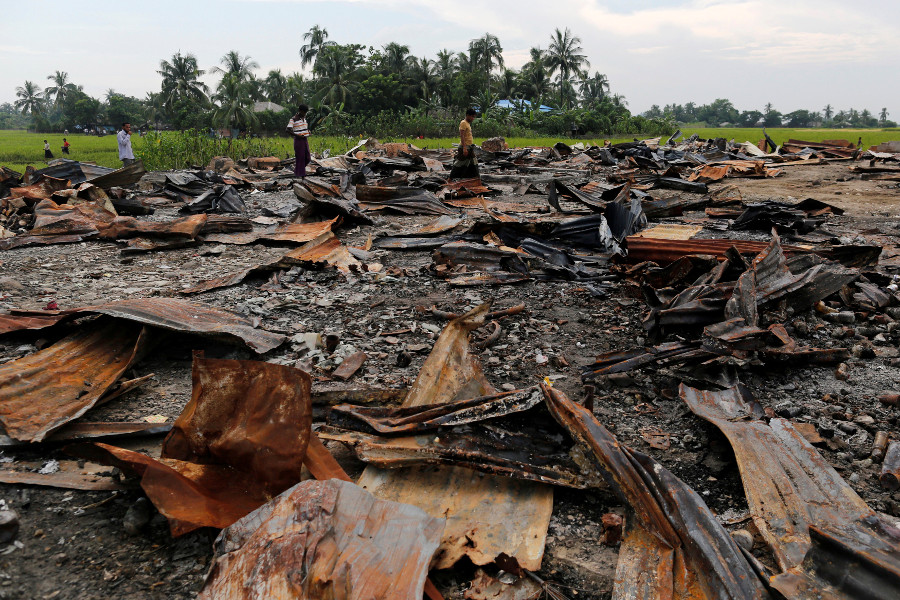 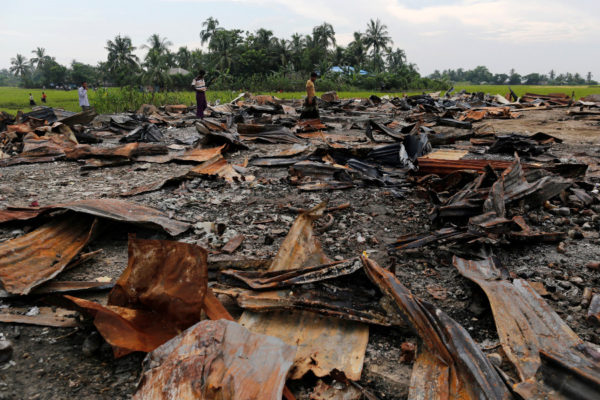 United Nations Secretary General Antonio Guterres urged the international community Monday to unite to put pressure on Myanmar to resolve the Rohingya crisis, as he visited refugee camps in Bangladesh with the World Bank’s chief and other top international officials.

Following his tour of the camps in southeastern Cox’s Bazar district, Guterres tweeted saying he had heard “unimaginable” accounts of killings and rapes from Rohingya refugees who recently fled Myanmar, adding that they wanted justice and to return home safely.

“As you know, the international community is very divided in relation to these issues. And so, obviously, we all failed.”

At a press conference in Dhaka on Monday evening, Guterres said he hoped “the security council will be able to unite in order to create conditions for accountability to be possible,” acknowledging that the council was divided on the Rohingya issue.

“But I have no doubt that the Security Council is united in requesting [that] Myanmar create conditions for [Rohingya] to return,” he said.

Maurer, who had visited Rakhine state in Myanmar, the home of the Rohingya, said conditions there were not safe for the repatriation of the refugees sheltering in neighboring Bangladesh.

Maurer said repatriation should not begin soon, based on what he had seen in the two countries, Reuters news service reported.

“I think there is still a lot of work to do ’til large scale repatriation is a realistic possibility,” Maurer said. “Much more has to happen in terms of reception structure, preparations, also preparation of the communities to receive again those who came from Myanmar.”

Monday’s tour by the leaders of the international agencies occurred a little more than two months after a delegation of U.N. Security Council ambassadors visited refugee camps in Bangladesh on April 29.

More than 700,000 Rohingya sought shelter at camps and settlements in the region after being forced to flee their homes in Myanmar’s Rakhine state since government forces launched a violent crackdown in August 2017. The Myanmar military was responding to coordinated attacks on government security outposts that were blamed on the insurgent group Arakan Rohingya Salvation Army.

On Sunday, Guterres and Kim met with Bangladeshi Prime Minister Sheikh Hasina at her office in Dhaka, while Maurer met with her on Monday, according to Hasina’s press secretary, Ihsanul Karim.

After visiting the camps, Kim tweeted that he was humbled and moved by the courage of the Rohingya.

“We cannot turn our heads away. We stand in solidarity – today we are all Rohingya,” the World Bank head wrote.

Hasina told Maurer that the influx of Rohingya refugees is a serious burden for the country.

“Bangladesh will extend its support to the ICRC in its activities,” the prime minister said, according to Karim.

Maurer described the Rohingya crisis as a huge humanitarian problem.

In a video posted on Twitter, Maurer said he was not surprised by what he saw during his visit Rohingya camps in Cox’s Bazar.

“This is a refugee camp in which people have the basic needs – getting food, getting access to safe water, getting some medicine, getting shelter in particular in this [monsoon] season,” he said.

“On both sides of the border I see violence has displaced people, has destroyed lives and livelihoods, has destroyed economic income possibilities,” the ICRC chief said in discussing what he saw in Myanmar as well.

Mohammad Alam, a Rohingya leader at the Kutupalong refugee camp in Cox’s Bazar, said the Rohingya community was enthusiastic about Guterres visiting the camps.

“The military has killed our men and even children. They raped our women. The United Nations has protected us from ruination. We are grateful to Bangladesh and the United Nations. We want justice from the UN,” he told BenarNews, an RFA-affiliated online news service.

“We are happy that he listened to our suffering. He will talk in our voice.”