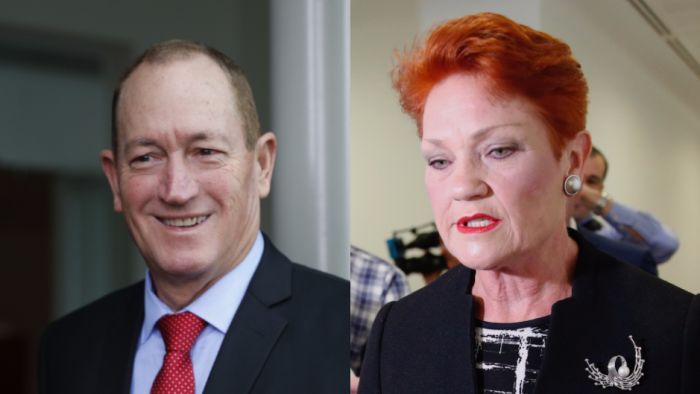 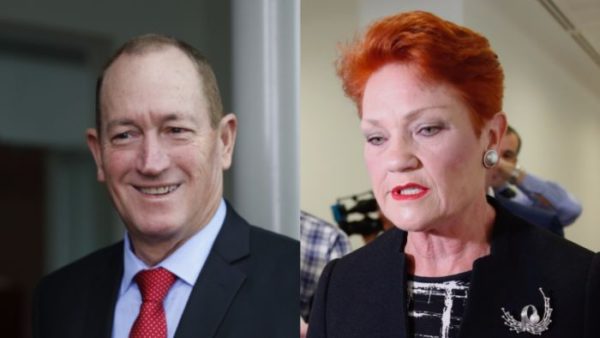 Independent Senator Fraser Anning has frequently used Twitter to campaign against those migrants and asylum seekers he claims come to Australia “for a life of permanent handouts“.

The Government has legislation before Parliament which would extend the waiting period for various welfare payments to migrants from two years to three years, while proposing to extend this to four years in the 2018 budget.

Senator Anning has told Parliament: “Free welfare and public housing attracts the very worst type of migrants: transnational parasites who travel not in search of opportunity, but in search of a free ride at everyone else’s expense.”

In keeping with his campaign against “so-called refugees who just want to jump on the welfare gravy train“, Senator Anning tweeted on May 11: “It’s no coincidence 56 per cent of Australia’s working-age Muslims are not in the labour force.”

Fact Check analysed data from the Australian Bureau of Statistics (ABS), which economics professor John Quiggin, of the University of Queensland, then verified.

The analysis showed 43 per cent of working-age Muslims were not in the labour force — significantly less than the figure of 56 per cent cited by Senator Anning.

Getting the definitions straight

The ABS defines the labour force as the sum total of people aged 15 and over who are employed either full-time or part-time, as well as unemployed people who are actively looking for work.

People not in the labour force are considered to be those aged 15 and over and who undertake unpaid household duties or other voluntary work only, as well as people who are retired, those permanently unable to work and those who do not want to work.

It’s worth noting that the ABS labour force definition comprises people aged 15 and over (that is, with no upper age limit). But it defines the working-age population as only those people between the ages of 15 and 64.

Where did Senator Anning’s incorrect number come from?

Asked for the basis of his claim, Senator Anning’s media spokesman, Boston White, referred Fact Check to an opinion piece by economist Henry Ergas, published in The Australian on September 14, 2015.

In the column, Mr Ergas raised concerns about the religious composition of Australia’s refugee intake. At the time, the Government had expanded its humanitarian intake by 12,000 places to accommodate refugees from Syria.

Mr Ergas argued that Middle Eastern Muslim refugees found it difficult to integrate harmoniously into Australia’s economy and society because they brought with them religious hatreds.

In this context, he stated that “56 per cent of Australia’s working-age Muslims [are] either unemployed or not in the labour force”.

When Senator Anning lifted this figure from Mr Ergas’s column, he tweeted it, saying 56 per cent of working-age Muslims were not in the labour force.

In other words, he attributed the figure only to the latter group of Muslims referred to by Mr Ergas.

Regardless, as the column was written in 2015, data from the 2016 census would likely have rendered the number out of date.

There were 12.7 million Australians in the labour force, representing a participation rate of 65 per cent (that is, the percentage of all Australians 15 and over who were either in work or actively looking for work).

However, when focusing on the ABS’s more narrowly-defined ‘working age’ population (that is, people aged 15-64), the participation rate for the general population is considerably higher — 76 per cent.

Fact Check used data collected in the 2016 census to calculate the workforce status of Muslims compared to the rest of the population.

The data indicated that working-age Muslims, compared to people claiming other religious affiliations, had the lowest workforce participation rate at 57 per cent, followed by Buddhists (70 per cent).

Fact Check created tables (below) using ABS data to provide a comparison of participation rates. As mentioned, the methodology was checked by Queensland University’s Professor Quiggin.

The numbers were broken down further to show participation and non-participation rates for both men and women.

The figures show that the participation rate for Muslim women — at 42 per cent — was the lowest among both sexes.

Muslim women, as well as women who identified as Buddhist (65 per cent), were well below the national female working-age participation rate of 72 per cent.

Why do Muslim people have such a low workforce participation rate?

The inference contained in Senator Anning’s Twitter claim and comments in Parliament are that a significant number of Muslim migrants are a burden on the Australian economy because they are not in work and rely instead on welfare.

However, Professor Quiggin said that although Muslims had the lowest workforce participation rate, it was worth noting that women who were not in the labour force, but whose husbands or partners were employed, would not be eligible for government benefits in most cases.

An academic paper produced by Beth Cook, of the University of Newcastle, which examined the labour force experience of Australian Muslims, found that Muslims were less likely to participate in the labour force partly because they faced discrimination.

Ms Cook, formerly of the university’s Centre for Full Employment and Equity, noted in her paper that a number of constraints affected workforce participation, such as poorer English language proficiency, employer attitudes and cultural and religious issues.

Referring to a 2005 UK study, Ms Cook wrote: “Religious beliefs may have a significant impact on the employment prospects of Muslims living in Western countries.”

The UK study of mostly Muslim jobseekers indicated they were not prepared to work in some or all of the following situations:

There were further restrictions for some Muslim women relating to:

In her paper, Ms Cook said Australian Muslim women expressed a preference for Muslim-run childcare services and some had experienced pressure from their family to remain at home, with priority placed on caring for children or elderly relatives, rather than participating in the labour force.

In Australia, the highest female non-participation rates are among Muslims and Buddhists. Professor Quiggin noted that this most likely reflected cultural attitudes rather than specifically religious differences.

“It is likely that cultural differences of this kind will tend to fade in the second generation as has happened with earlier groups of migrants,” he said.