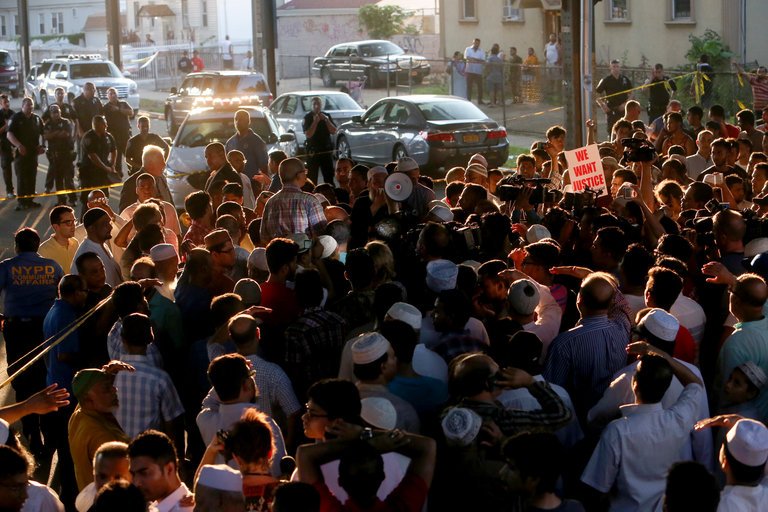 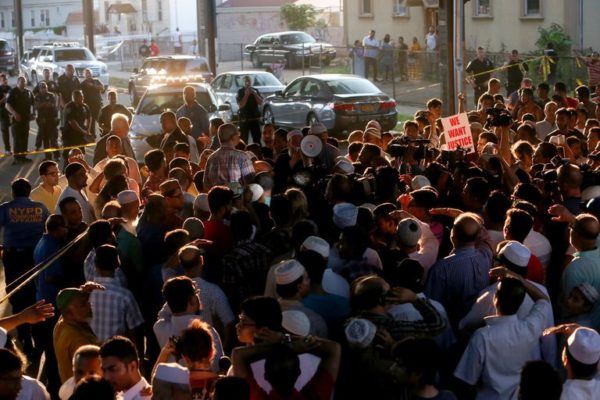 NEW YORK — Every Friday morning, Jannatun Nahim’s father would call to remind her that he would wait for her to join him at lunch after Friday prayers. Nahim would pick up her kids from school and rush to her parents’ house.

The family of 12 would sit together and enjoy their meal—beans and curry cooked by her mother.

Her father, Imam Alauddin Akonjee, loved what he called “feeding the family” so much that sometimes he would feed them with his hands, a sign of affection in Bangladeshi culture, explained the slender-framed Nahim.

“I am 28 years old and a mother of two children but I always felt like a little girl in his presence,” Nahim said sitting in her living room in Queens, New York.

Nahim still visits her parents’ home every Friday but it is no longer the same. Today, her mother mostly cries or sits depressed in a corner, remembering her departed husband.

Akonjee and his friend, Thara Uddin, were shot point-blank in Ozone Park on August 12, 2016. They were walking home after finishing their prayers at Al-Furqan Jame Mosque.

The accused gunman, Oscar Morel, is on trial on charges of one count of first-degree murder and two counts of second-degree murder. The trial began on Tuesday, February 27,  more than a year after the murder took place. But the police have yet to find a motive.

Akonjee’s murder sent shockwaves across the Muslim community in the US and made international headlines. Local Muslims blamed President Donald Trump’s bigotry and rising xenophobia against Muslims for Akonjee’s “execution style murder.”

“We had people like Donald Trump and other political candidates saying that Muslim lives don’t matter and they normalised anti-Muslim rhetoric,” said Iman Boukadoum, executive director of the Muslim Social Justice Initiative, referring to some of the anti-Muslim speeches Trump made during his 2016 presidential campaign.

The Census Bureau has no official count of the Muslim population in America because the bureau does not ask questions about a person’s faith. However, rough estimates suggest that nearly 3.3 million Muslims live in America today, 400,000 in New York City alone, according to the Pew Research Center.

Hate laws are in place at federal and state levels in nearly 45 out of 50 states, but the majority still go unreported. The states that have no such laws are Arkansas, Georgia, Indiana, South Carolina, and Wyoming, according to the Lawyers’ Committee for Civil Rights Under Law.

Soon after September 11, 2001, Muslims in America experienced a surge in hate crimes.  FBI data shows that nearly 481 hate crimes against Muslims were reported that year. After 2001, hate crimes against Muslims rose dramatically again in 2015, when 257 incidents were reported as compared to 154 in 2014, an increase of 67 percent. The latest figures by the FBI show that there has been a 20 percent increase in anti-Muslim crimes between 2015 and 2016.

“The Trump administration has tapped into a seam of bigotry and hate that has resulted in the targeting of American Muslims and other minority groups,” said Zainab Arain, who monitors Islamophobia for the Council on American Islamic Relations (CAIR), America’s largest Muslim advocacy group.

Today, nearly 101 anti-Muslim hate groups exist in the country, according to the Southern Poverty Law Center (SPLC).  A report released by CAIR recorded 69 hate crimes between April to June last year. But even as hate crimes in America are on the rise, data shows that the chances of them being prosecuted remains terribly low. Between 2010 and 2015, only 13 percent of the cases were prosecuted, only 11 percent of which resulted in a conviction, according to the Department of Justice.

“There has to be strong evidence that the crime [against Akonjee] was motivated by hate or a bias towards the victim,” explained Nadia Aziz, program manager of the Stop Hate Project at Lawyers’ Committee for Civil Rights Under Law, a non-profit organisation combating racial discrimination.

Human rights attorney Boukadoum, who has been involved with Akonjee’s case since the beginning, said that unless there is a clear demonstration that Morel murdered the imam because of his religion, he cannot be prosecuted on charges of a hate crime.

“The defendant in this case has still not expressed a motive,” said Boukadoum. “We have to wait and see if he says something during the trial.”

“I think for most Muslims in Akonjee’s case, it was a no-brainer that his murder was a hate crime because of the current political climate,” said Boukadoum. “That may be the case, but it has to be proven in court through evidence. It is hard to do that since the defendant is not saying anything.”

Many experts argue that hate crimes are significantly underreported because many victims are immigrants, undocumented and unaware of what constitutes as a hate crime. In several instances, the inability to read or write English prevented victims from reporting the incident to law enforcement officials. Moreover, the fear of being profiled or discriminated against ranks much higher in their minds than their need for retribution, in cases where the victims are immigrants.

“Even before Trump, things were bad for Muslims,” said Boukadoum. “Under Trump, hate crimes are really taking a backseat because people are not aggressively reporting them, given the anti-immigration climate in our country.”

Aziz explained that a lot of work needs to be done to improve the relationship between law enforcement and the public. She would like to see more police officials meeting with local Muslims outside of crises, because a hate crime against one faith group may not resemble the hate crime against another faith.

Imam Shamsi Ali, an interfaith activist and director of Jamaica Muslim Center, thinks that Muslims may not receive the same level of attention when they are victims of hate.

“If the victim is a person from a different community and the perpetrator is a Muslim, you will automatically hear everyone call him a Muslim terrorist, but when Muslims are victims of such attacks, why is nobody calling it a hate crime?” he asked.

Under current laws, the suspect cannot be charged with a hate crime unless there is clear evidence that the crime was motivated against a certain race, ethnicity, religion, sexual orientation, disability or gender. Representatives from CAIR said that proving a bias is extremely difficult in court unless the attacker explicitly shouts racial epithets while committing the crime or displays a history of hatred towards a certain group either online or offline.

“The first degree murder charge on Morel is the highest crime under New York law with a mandatory sentence of life in prison without the possibility of parole,” said Albert Cahn, CAIR-NY’s legal director.

Adding that the hate crime charge would serve as a penalty enhancement, but there is no higher punishment than first degree murder under our law, explained Cahn. Other experts pointed out that sometimes prosecutors stay away from hate crime charges in order to avoid confusing the jury and to increase their chances of conviction.

“It is important to acknowledge a hate crime because otherwise it doesn’t show the reality on the ground,” said Aziz, who agrees that the prosecutor may have stayed away from hate crime charges in Akonjee’s case because they weren’t able to find hateful intent.

More than a  year has passed since the murder, and Nahim’s family is frustrated that the trial date has been pushed back several times, but she is determined to seek justice for her father.

“I don’t care whether it is called a hate crime or murder,” she said. “I just want to know one thing. Why did that man want to kill my father? Why?”