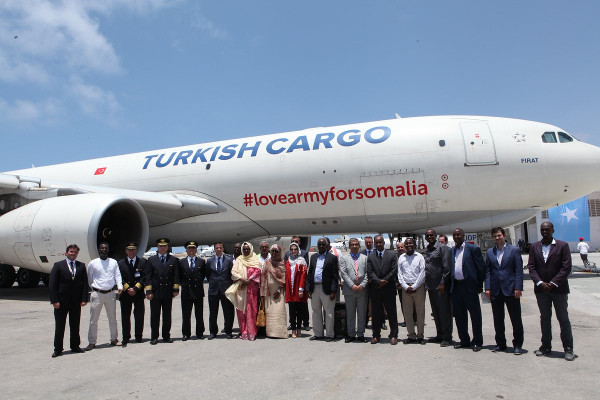 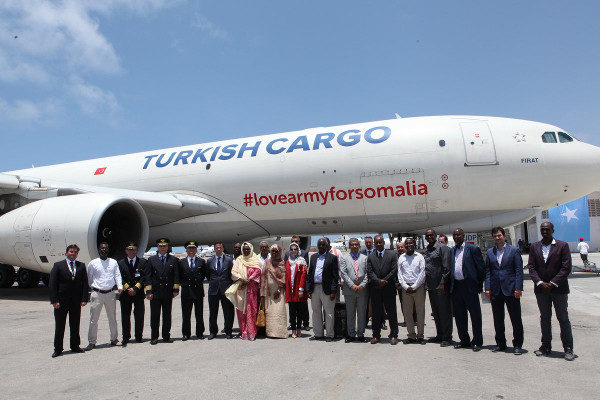 Turkey’s engagement with Somalia is striking for its brevity and ostensible success. Turkey has been involved in Somalia since just 2011, yet Ankara can point to a string of reported accomplishments and an arguably outsized presence in an often violent country regularly described as a failed state.

Turkey’s presence in Somalia certainly embodies one of the most interesting regional geopolitical developments in the past decade. It also represents one of the most misunderstood and confusing. Why did Turkey choose Somalia? And, after its initial humanitarian intervention in 2011, what internal and external forces have shaped and expanded that involvement? Furthermore, what explains Turkey’s reported triumphs?

Some have pointed to a shared history and a common Sunni Muslim heritage. This is questionable, at best, and alone cannot explain Turkey’s engagement with Somalia – let alone the rest of sub-Saharan Africa. Others have noted Turkey’s economic clout and its status as a mid-sized country interested in trade rather than extracting resources.

“has made Turkey a regional actor different from the traditional western powers, as well as from the emerging non-western ones.”

Turkey’s approach in Somalia has been largely welcomed inside and outside the African nation. However, a cautionary note is required. Allegations of corruption and bribery have surfaced. Turkey’s recent opening of a military training base in Mogadishu to train the Somali National Army has also raised eyebrows across the wider Horn of Africa region.

Ankara has an understandable and deep seated desire for international recognition as an emerging power and G20 member state. Its status in Somalia is part humanitarian and part financial, but is at its heart about influence and prestige.

Turkish money and aid – delivered directly to key stakeholders in the Somali Federal Government – ingratiated Turkey with local power brokers and provided Ankara with access and power in Mogadishu. What soon followed is Turkish control and management of Somalia’s most lucrative assets, the airport and seaport.

Parallel to these were unilateral rebuilding efforts, offers of scholarships, renovations of hospitals, and the hosting of international conferencesabout Somalia. These have largely contributed positively to Somalia’s development and yielded the international acclaim and diplomatic clout craved by President Recep Tayyip Erdoğan and his coterie.

For some parties inside and outside Somalia, Turkey is now viewed as indispensable to Somalia. The keys to Turkey’s reported success in Somalia – where so many other established powers have failed before – may revolve around four critical factors.

The first is approach. Most interventions in Somalia have been multilateral affairs by international and regional actors, such as the UN. Turkey’s approach, in contrast, has been largely unilateral and highly coordinated by the Turkish Cooperation and Coordination Agency. In this way, the efforts of business, government and humanitarian staff either do not overlap or do so effectively.

Second is novelty. Turkey’s Ottoman past and Muslim identity have been raised as major variables driving Turkey’s engagement with Somalia. But these assertions ignore or minimise one of its key strengths as a rising power: its distinct lack of a colonial past that devastated so much of the continent.

This approach is not only novel; it also represents Turkey’s first meaningful engagement with the continent. This contrasts sharply with that of the US, France, Russia and China, among others, which have a colonial or Cold War baggage.

The third factor is risk. Somalia has been the scene of thousands of capacity building and self-help experiments funded by a plethora of international organisations and states. Yet it is precisely where these efforts have failed that Turkey has found its niche.

This required a big appetite for risk. Naturally, as the risks rise the potential for significant rewards does too. The economic rationale for risk among Turkish businesses is particularly high, given experiences in difficult environments such as Iraq and Libya. This has contributed to sensible, if risky actions in Somalia.

Fourth is soft power. Turkey has deployed an array of soft power approaches. These include diplomatic support for Somalia and direct flights on the Turkish national airline from Mogadishu to Istanbul. These pragmatic approaches have also led Turkish businesses to reap major financial rewards and lucrative contracts.

Turkey’s interest has shifted from being primarily humanitarian to one that also takes into account the political and security aspects of the country. Doing so, as stated in the Becoming Global Actor: The Turkish Agenda for the Global South has made the country

It also has broken with the traditional development model for Somalia that has characterised the past three decades.

Turkey’s hybrid approach may yet lead to mission creep and draw the country into Somalia’s infamous clan politics. Its increasing role could also put it on a collision course with other states, regionally and internationally.

However, its actions have arguably improved the situation in Somalia over the past six years. This is because Ankara has actually attempted to assuage rather than solve Somalia’s long-standing problems outright. Investment is largely driven by profits and assistance is targeted, coordinated and based on needs.

These interventions rarely come with the types of strings attached that characterise other efforts seeking to restructure Somalia. This has been welcomed by many Somalis for whom requirements for political reform or the creation of accountability mechanisms ring hollow.