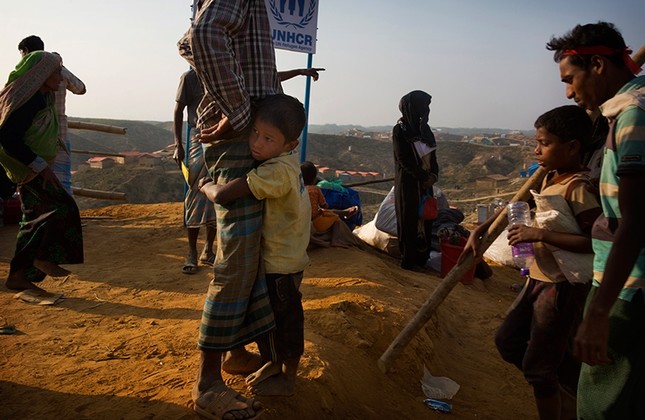 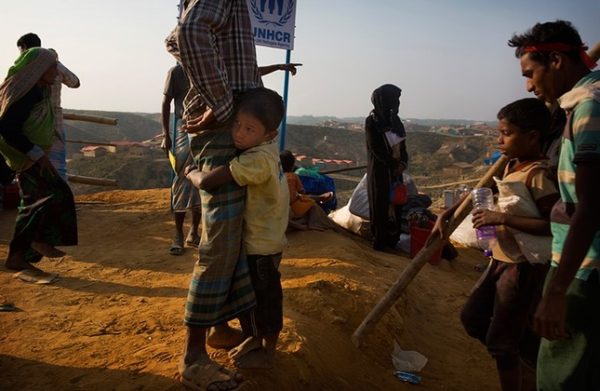 Myanmar’s persecution of the Rohingya Muslims and atrocities that forced nearly 700,000 of them to seek shelter in Bangladesh could spawn a regional security crisis along religious lines, the U.N.’s human rights chief warned Monday in a speech in Indonesia.

“Genocide and ethnic cleansing” may have occurred when security forces in Buddhist-majority Myanmar launched a brutal crackdown in Rakhine state that caused the latest influx of members of the Rohingya minority into neighboring southeastern Bangladesh, Zeid Ra-ad al-Hussein told a regional conference in Jakarta marking the 70th anniversary of the Universal Declaration of Human Rights.

Zeid opened his speech by pointing to five decades of systematic discrimination and violence against the stateless Rohingya” by Myanmar, saying this was a case in the Asia-Pacific region where “rights have gone wrong.”

“Myanmar faces a very serious crisis – with a potentially severe impact on the security of the region,” said Zeid, the U.N. high commissioner for human rights, according to a transcript.

“It is sometimes said that today’s human rights violations will become tomorrow’s conflicts. If the Rohingya crisis were to spark a broader conflict based on religious identities, the ensuing disputes could be a cause for great alarm.”

He did not elaborate on how such a crisis might take shape and widen outside Myanmar’s boundaries.

At least 688,000 Rohingya Muslims fled to Bangladesh since late August 2017 amid a military crackdown that followed attacks on government security posts by the insurgent group known as the Arakan Rohingya Salvation Army (ARSA).

The exodus from Rakhine, combined with reports about alleged atrocities committed against Rohingya civilians, led to anti-Myanmar protests in Indonesia, Malaysia, Bangladesh and other countries with large or significant Muslim populations.

Zeid, who was starting a three-day visit to Indonesia, the world’s largest Muslim-majority nation, gave his remarks after the Associated Press (AP) broke a report last week saying it had confirmed the existence of more than five previously unreported mass graves in Rakhine through interviews of survivors in refugee camps in Bangladesh, including one who provided time-stamped cellphone videos.

In chilling detail, the report described how Myanmar security forces and Buddhist militiamen allegedly used an acid to disfigure Rohingya victims of a massacre in Gu Dar Pyin, a village in Buthidaung township, in order to make it difficult to identify the bodies.

On Friday, Myanmar reiterated its denial that massacres had occurred in troubled Rakhine state and said an investigation had found no evidence to support the claims made in the AP report. The government, however, had blocked reporters and U.N. investigators from entering the areas in Rakhine to verify similar allegations.

Although a definitive finding should be made by an appropriate tribunal, the U.N. had documented brutal killings and sexual violence allegedly perpetrated by Myanmar security forces against the Rohingya, Zeid said.

The U.N. and the United States had previously labeled the crackdown in Rakhine as “ethnic cleansing.”

According to a report published by Geneva-based Doctors Without Borders (MSF) in December, at least 6,700 Rohingya Muslims, including 730 children younger than five, were killed during the first month of last year’s crackdown.

Last week, Rohingya refugees, who said they collected data by going door to door in refugee camps in southeastern Bangladesh, told BenarNews, an RFA-affiliated online news service, that they had turned over a list of almost 4,400 Rohingya killed in Rakhine since October 2016 to U.N. special envoy Yangee Lee.

On Feb. 1, Lee, who visited Bangladesh between Jan. 18 and 24, said that the violence against the Muslim minority bore “the hallmarks of a genocide.”