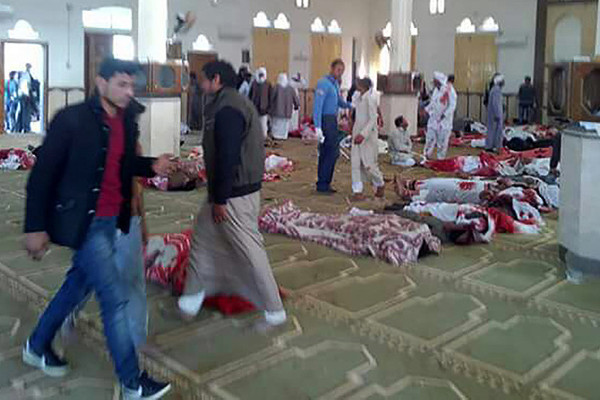 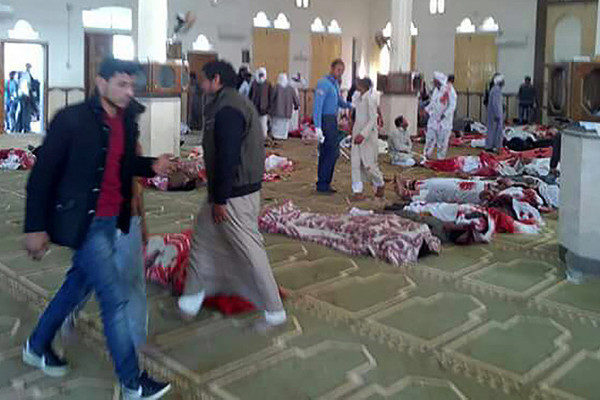 CAIRO: The mosque where Friday’s massacre unfolded in Egypt’s Sinai Peninsula had been widely associated with Sufi Muslims who have been attacked by Daesh (ISIS) wherever the extremists operate.

A Bedouin tribal leader told AFP the Rawda mosque, some 40 kilometres (25 miles) west of the North Sinai capital of El-Arish, was known as a Sufi mosque and contained a “zawiya” – a Sufi lodge used by the mystics for prayers and gatherings.

Daesh is the main suspect in the attack but has not yet claimed responsibility, so it cannot be said with certainty that the mosque was targeted because of its Sufi connections.

But Daesh has targeted Sufis in Egypt in the past. Last year, the jihadists kidnapped and beheaded an elderly Sufi leader, accusing him of practising witchcraft.

The group’s weekly Nabaa newsletter then published an interview with the commander of its “morality police” in Sinai who said their “first priority was to combat the manifestations of polytheism including Sufism.”

Elsewhere Daesh has claimed attacks that have killed dozens of Sufis, most notably in Pakistan.

If the mosque was attacked because of its Sufi connections, the massacre would be in line with Daesh in Egypt increasingly focusing on civilian targets as it makes little headway in its Sinai insurgency.

Since December last year, it has killed more than 100 Christians in church bombings and shootings.

Jihadists such as Daesh bear an institutional hatred for Sufis in particular.

They adhere to a more extreme version of the puritan Salafism practised in Saudi Arabia which views Sufis as heretics.

They accuse them of polytheism – the greatest sin in Islam – for seeking the intercession of dead saints.

The Salafis also condemn what they call “innovations” – rites and prayers adopted by Sufis which the Prophet Mohammed himself never prescribed.

But in much of the Muslim world, Sufism has for centuries been accepted and practised by mainstream Muslims and Sunni Islam’s most important theologians.

The head of Al-Azhar, Egypt’s top Islamic authority, is a Sufi, as are many top clerics in the Muslim world.

They date their practices back to some of the prophet’s companions and the early generations of ascetics who shunned the increasingly worldly Islamic empire for prayer.

While some Sufis use music in their prayers, the more established and larger orders shun the practice.

They say they want to focus on achieving a state of purity – from which the term Sufism is believed to have been derived – to witness God’s presence in their lives.

Some mystical concepts espoused by their religious leaders have led to detractors over the centuries accusing them of pantheism and other heresies.

In recent times, as the mystics grew more influential and Arab governments embraced them for being non-political, some of their leaders have been criticised for becoming too worldly themselves.