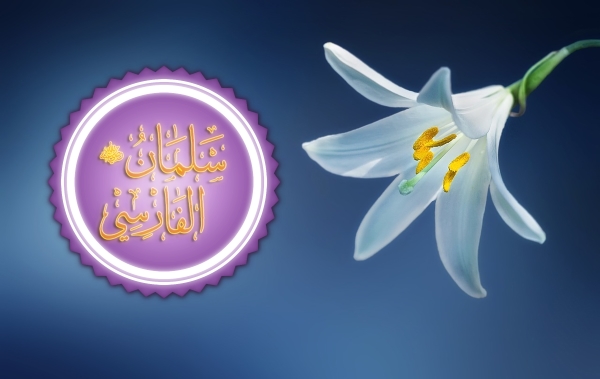 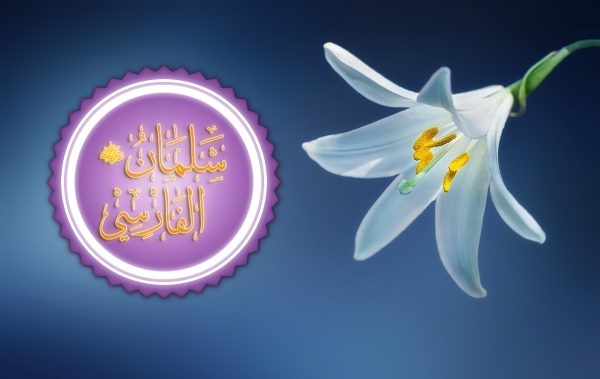 He was given the name “Salman” by the Messenger of Allah (peace and blessings be upon him). He is also known as Salmani Pak (Salman, the Pure), Salman al-Khayr (Salman, the Good), Salman al-Hakim (the Wise) and Salman al-Muhammadi, due to his beautiful character, and the depth of his heart and spirit. Whenever he was asked about his lineage, he gave the following answer to demonstrate how he had become annihilated in Allah:

“I am Salman ibn Islam (Salman, the son of Islam)”

His determination to reach Allah and the Truth

“I lived in a village called Jiyye in Isfahan. My father was the religious leader of our village. I was his most beloved person in the world. Due to his extreme love for me he never let me part from him and kept me at home like a daughter. I had so much given myself to my father’s religion, Zoroastrianism (Fire worship) that I had taken up the duty of looking after the fire. I would not allow it to go out for even a second…

One day my father sent me to our farm as he had to take care of some other matter. I came across a Christian church on the way. I watched what they were doing curiously and said to myself: “By Allah, this religion is better than ours”. I stayed there until the sun went down. I did not go to the farm and asked them: “Where is the origin of this religion?” They told me it was in Damascus.

When my father learned what happened, he chained my feet for fear that I would escape and imprisoned me in the house. I sent word to the Christians in the church: “Let me know when a trade caravan arrives from Syria”. Eventually I went to Syria with the Christian merchants. I asked about who the most learned of their religious men was and immediately went to him and said:

“I wish to enter this religion. I want to stay with you and serve in this church and worship with you”. I then began to stay in the church.

The Bishop of Damascus was an evil and greedy man. He would command the Christians to give charity and then take the money for himself and not give anything to the poor. He had thus saved up seven urns of gold and silver. I began to spite him as I saw what he was doing. Eventually he died. I said to the Christians:

“He was an evil man. He commanded you to give charity but kept what you gave for himself and did not give anything to the poor”. I then showed them his treasure. They said:

“By Allah we will not bury him”. They then hung his corpse and stoned it. They brought another man of religion to replace him. I never saw anybody in that community more virtuous, more indifferent to the world, more in desire of the hereafter, or who worshipped day and night more than he did. When he was on his deathbed I said to him:

“My child! I do not know of anyone here who follows my way. The righteous people have all passed away. Those who are living have changed the original rulings of the religion and have abandoned most of them. However there is a man in Mosul. He is upon my way. Go to him”.

When this respected man passed away, I went to his friend in Mosul and when he passed away I went to Nusaybin upon his advice, and then to a man in Ammuria (a place close to Eskisehir). I purchased an amount of cattle in Ammuria. Eventually the command of Allah also came to that man of religion and he said to me:

“My child! By Allah! I know of none on earth who I can advise you to go to. However the time is near when the End of Time prophet will appear and his shadow is over us. That prophet will be sent upon the religion of Ibrahim (peace be upon him). He will appear in the land of the Arabs, and will migrate to a land of two black stony tracts amongst date gardens. He will accept a gift, but does not accept charity. He has a seal of prophethood between his two shoulder blades. If you have the strength to go to those lands, then set out immediately”.

Sometime later I came across some merchants from the tribe of Kalb and I said to them:

“Take me to the land of the Arabs and I will give you my cattle that you see here”. They accepted but when we got to the Wadi al-Qura they betrayed me and sold me to a Jew.

When I saw the date trees there I became hopeful that this was the land to which the End of time prophet would migrate to but I could not be certain. Then the cousin of my master from the Sons of Qurayza came and bought me and took to Madina. By Allah as soon as I saw Madina, I knew that this was the land of migration…

One day I was up in a date tree and my master was sitting in its shade. At that point his cousin came and said:

“May Allah damn the tribes of Aws and Khazraj!  By Allah they are now gathered together in the village of Quba at the head of a man from Mecca who claims to be a prophet”.

As soon as I heard this I began to tremble and I almost fell upon my master’s head:

“What concern is it of yours? Look to your work”.

When the evening came I took some food that I had saved up and went to Quba to the Messenger of Allah and said:

“I have heard that you are a righteous man and that you have needy and lonely Companions. I have brought some food with me as charity. When I heard about you I felt that you were more deserving of it”. I then presented the food to him. The Messenger of Allah said to his Companions:

“Take this and eat it”. But he did not eat himself. I said to myself: “This is one”.

I then returned to where I was and gathered up some more food. At that point Allah’s Messenger had arrived in Madina. I went to him and said:

“I saw that you did not eat from the charity that I gave. This is a gift that I have prepared for you”. The Messenger of Allah (peace and blessings be upon him) then ate and told his Companions to eat also. I said to myself: “This is two”.

One day the Messenger of Allah had come to Jannat al-Baqi for a funeral and was sitting amongst his Companions. He had two items of ihram which wrapped his entire body. I entered his presence and greeted him. I then walked behind him in the hope that I would see his seal of prophethood. Allah’s Messenger understood my intention and he lowered his rida from his back. As soon as I saw the seal I recognised it and kissed it and began to weep. The prophet said to me:

The prophet Muhammad (peace and blessings be upon him) said: “A person shall be with the one he loves” (Bukhari, Adab, 96). Salman (may Allah be pleased with him) endured much hardship and pain but eventually was united with the beloved that he had been seeking his entire life. His only desire now was to remain with the Beloved of Allah and act according to His commands. Seeing this eagerness and loyalty, the Messenger of Allah (peace and blessings be upon him) said:

“Salman! Can you not make an agreement with your master so that you can be freed from slavery?”

Salman then made an agreement with his master to dig and plant three hundred date saplings and pay him forty uqiyya[1] of gold. The Messenger of Allah (peace and blessings be upon him) told his Companions:

Some Companions helped him with ten, some with five, and some with twenty, according to their means. Allah’s Messenger (peace and blessings be upon him) said:

“O Salman! After you have dug the holes for the date saplings, let me know and I want to plant them with my own hands”.

“…Not even one of those saplings failed to grow. Every one of them gave fruit at the right year and its fruit was eaten”.

During that time a chicken’s egg worth of gold was brought to the Messenger of Allah (peace and blessings be upon him) from one of the mines. He wiped his blessed tongue over it and said:

“Take this. Almighty Allah will pay your debt with this”.

I took the gold and weighed it bit by bit giving it to my debtee. I swear by Allah that I weighed exactly forty uqiyya of gold from that small nugget. It was so fruitful that had I have weighed the mountain of Uhud with it, it would have been heavier”.

Salman was now free to be by the prophet’s side always.