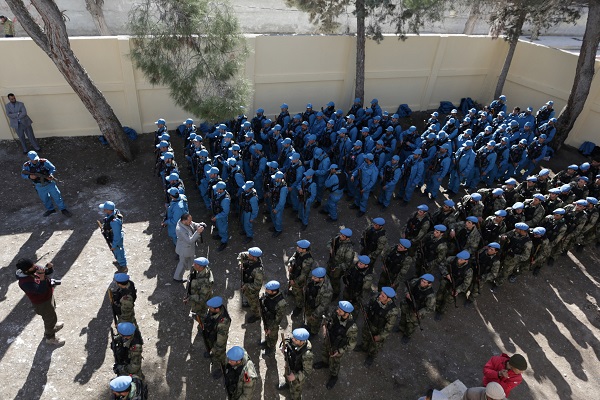 Members of the Free police attend a ceremony celebrating the inauguration of the "Free Police" in the Syrian border town of Jarablus January 24, 2017. REUTERS/Khalil Ashawi

Diplomats from Russia, Iran, and Turkey have failed to reach agreement on final details regarding so-called “de-escalation zones” in parts of war-torn Syria.

However, Moscow’s chief negotiator at a fifth round of Syria peace talks in Astana said on July 5 that the basic framework had been “essentially agreed.”

“We have not yet managed directly to establish the de-escalation zones,” Aleksandr Lavrentyev said after two days of meetings in the Kazakh capital.

Lavrentyev said that specifics of the zones, such as the territory they cover and what forces would participate, still “need finalizing.”

He added that Turkish officials had requested additional time to coordinate their participation in the zones designed to separate rebel fighters and government troops of Syrian President Bashar al-Assad.

Lavrentyev also said Russia has called on member countries of the Commonwealth of Independent States to consider providing military observers for the potential de-escalation zones.

On July 4, a representative of Syria’s opposition in Astana said the armed opposition disagrees with a proposal for Iran’s military to monitor the areas because Iranian forces are armed combatants who fight on the side of the Syrian government’s troops.

“No, we don’t agree,” Interfax news agency cited Yaher Abdrahim as saying. “The entire opposition does not agree to the Iranian forces’ presence.”

Kazakh Foreign Minister Kairat Abdrakhmanov said Russia, Turkey, and Iran had agreed to meet in Tehran on August 1-2 in an effort to settle the outstanding disagreements on the zones. The co-sponsors scheduled the next round of Astana talks for the end of August.

Lavrentyev said ahead of the talks that he planned to meet with opposition delegates attending the session and hear “what they think about how to reach an agreement” with Assad and “how to reduce tensions.”

Staffan de Mistura, the UN secretary-general’s special envoy on Syria — who attended the Astana meeting — emphasized that the de-escalation zones are temporary measures and that a wider political solution is necessary to settle the conflict.

Negotiations over Syria’s future are separated into two elements. One, in Astana, is co-sponsored by Russia, Turkey, and Iran and concerns immediate cease-fire conditions.

Talks in Geneva are sponsored by the UN and center on a longer-term political solution. The next session in Geneva will be held on July 10, officials said.

The Syrian war broke out in 2011 when Assad’s government cracked down on antigovernment demonstrations.

Russia and Iran back Assad’s government, while the United States and Turkey support different rebel groups.

With reporting by AFP, AP, and Interfax