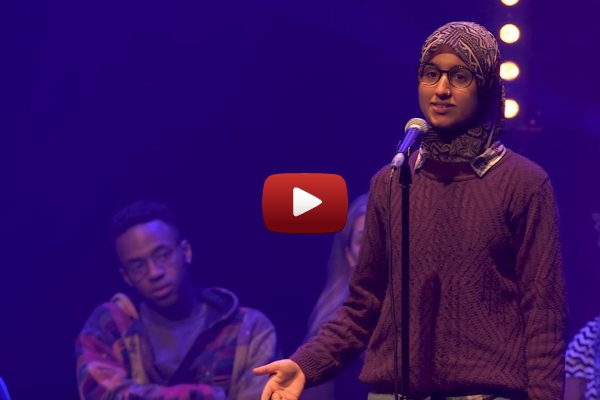 The continual rise of Islamaphobia unfortunately shows little signs of slowing, and Muslims often feel pressured to defend their faith – especially in the aftermath of terrorist attacks.

But 22-year-old slam poet Suhaiymah Manzoor-Khan has argued that Muslims shouldn’t have to do this, in a poem she won second place for at this year’s Roundhouse poetry slam.

In her poem, titled This Is Not A Humanising Poem, Manzoor-Khan argues it isn’t her who needs to prove her humanity.

This will not be a “Muslims are like us” poem.

I refuse to be respectable.

Love us when we aren’t athletes, when we don’t bake cakes. When we don’t offer our homes or free taxi rides after the event.

If you need me to prove my humanity, I’m not the one that’s not human.

My mother texts me too after BBC news alerts. “Are you safe? Let me know you’re home okay.”

And she means safe from the incident, yes, but also from the after effects.