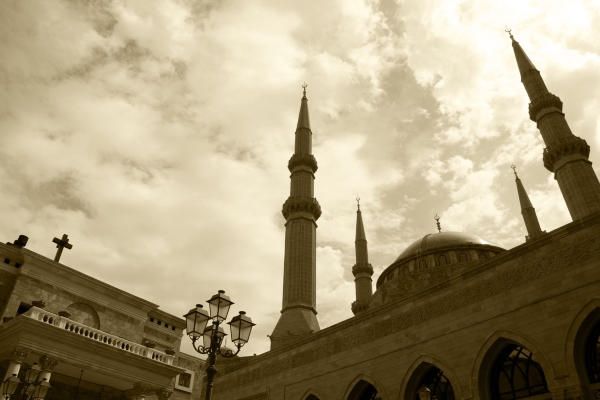 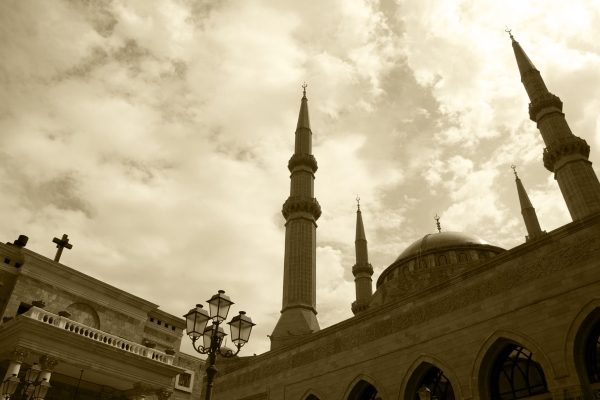 Coming from the Arabic root samaha, musamaha (tolerance) means to forgive and to pardon. The word hosgoru is used in Turkish and the word tolerance in English. As a term, it is used for the understanding and gentle behavior towards everyone, without prejudice, of someone who is mature and good-intentioned. Truly this is a high virtue possessed only by people of superior morality. Both too much and too little of tolerance can lead to harmful results.

Moral principles have an important place in the divine messages of prophets brought from Allah’s presence. Tolerance has a unique place among these moral principles. The religion brought by Prophet Muhammad (pbuh) being named “Islam” shows that, along with other meanings, it is a religion of forgiveness and tolerance. In fact, it is also possible to find meanings like peace and reconciliation among the different meanings of the word Islam.

Let’s look at some of the verses in the Quran related to this topic: “(The righteous are) those who spend (freely), whether in prosperity, or in adversity; who restrain anger, and pardon (all) men; for God loves those who do good.” (1)  “Help ye one another in righteousness and piety, but help ye not one another in sin and rancor: fear God, for God is strict in punishment.”(2) “The believers are but a single brotherhood: so make peace and reconciliation between your two (contending) brothers; and fear God, that ye may receive mercy.” (3)

The requirements for being tolerant:

1– To take the nafs to account: “Do not overlook your sins due to loving yourself.” (5)

2– To cover people’s faults: In one hadith the Prophet says: “Whoever covers someone’s fault in this world, Allah will cover his faults on Doomsday.” (6)

3– To overcome anger: The righteous… who restrain anger and pardon (all) men; for God loves those who do good.” (7) “The powerful one is not someone who defeats his opponent in wrestling. It is the one who restrains himself during times of anger.” (8)

4– To be forgiving: “(Hey Nabi!) Hold on to forgiveness; command what is right; But turn away from the ignorant.”

6– Do not be suspicious: “O ye who believe! Avoid suspicion as much as possible: for suspicion in some cases is a sin.” (10)

7– Avoid haughtiness and pride: “And swell not thy cheek (for pride) at men, nor walk in insolence through the earth; for God loveth not any arrogant boaster.” (11) On this subject the Prophet states: “It is enough evil to condescend on one’s Muslim brother.” (12)

8– Do not make fun of people: “O ye who believe! Let not some men among you laugh at others: it may be that the (latter) are better than the former.” (13)

9– To be patient: There are more than seventy verses in the Quran that mention patience. The Prophet said: “No one has been blessed with a better gift than patience.” (14)

Tolerance in family life establishes good behavior towards wives, love and compassion for children, and just action towards parents. On these subjects Prophet Muhammad (pbuh) is an exemplary model and character. It is well-known that he approached his wives with mercy, goodness, patience and love.

A monument of mercy towards his children and grandchildren, the Prophet continuously showed interest in them and treated them with love and gentleness. He allowed his grandsons Hassan and Hussain to ride on his shoulders while he prayed. It is possible to multiply these examples.

There is no coercion in Islam regarding religion and belief. It is not possible to force a person to change his belief; it can only be done with persuasion and the approval of the person. Freedom of belief is one of the leading rights of man. If religion were communicated to people with fear and oppression, there would be no meaning to belief. It was left up to people to direct their lives with free will. Because they have to give account to Allah, people were given freedom of choice. If, to the contrary, people had been coerced, it would have been unjust. Related to there being no force in religion, Allah says, “Let there be no compulsion in religion. Truth stands out clear from error: whoever rejects evil and believes in God hath grasped the most trustworthy hand-hold that never breaks. And God knoweth and heareth all things.” (15) Another verse regarding this matter is as follows: “If it had been thy Lord’s will, they would all have believed, all who are on earth! Wilt thou compel mankind, against their will, to believe!” (16)

In fact, the Quran states on this issue: “Did not God check one set of people by means of another, there would surely have been pulled down monasteries, churches, synagogues, and mosques, in which the name of God is commemorated in abundant measure.” (17)

After the migration, the Prophet acted positively and moderately towards the Jews, who were an important element of Medina and who were not very happy with his coming. In fact, he invited them to a common word, prayed towards their qibla in Jerusalem and allowed Muslims to eat the meat of animals slaughtered by the Jews and to marry their chaste women. In order to allow them to look favorably on the religion of Islam, he showed respect to a Jewish funeral procession passing in front of him; he stood up and recommended that his Companions do so as well. Also, although he forbade the pagans to enter the masjid, he allowed Jews, who were among the People of the Book, to enter. We know that some Jews, even though their numbers were small, became Muslim as a result of the Prophet’s positive attitude towards Jews.  Jews like Abdullah b. Selâm, Sa’lebe b. Sa’ye, Esîd b. Sa’ye, Esed b. Ubeyd, Muhayrık, and Meymûn b. Yâmin accepted Islam. The Jews also accepted Muhammad as head of state with the constitution. In addition, they were to defend the city together with Muslims in case of any external threat or attack. The Medina constitution established the freedom of religion and faith and the security of life and property to its parties. However, in spite of this positive and moderate approach, the Jews did not remain loyal to the agreement, and they cooperated with the pagans and tried to stab Muslims in the back. As a result, the Prophet had to fight with them and force them out of Medina.

Prophet Muhammad acted extremely carefully in regard to the rights of peoples the Islamic state had agreements with. In regard to this the Prophet said, “Whoever harms a non-Muslim subject will have harmed me. Whoever hurts me will have angered Allah.” Again, in a hadith related by Abu Davud, the Prophet said, “On Doomsday I am not going to accept anyone who oppressed a non-Muslim subject with whom we have agreement, or violated their rights, or burdened them with more responsibility than they could carry or made them do something they did not want to do.” The Prophet and the Rightly-Guided caliphs were protectors of the rights and privileges of non-Muslim citizens.

Respect to Allah’s commands and mercy to His creatures, and tolerance for others out of love for their Creator is one of Islam’s basic principles. In all relationships the Prophet gave precedence to being reasonable and moderate, to establishing ties of friendship and love in place of enmity, to gentleness instead of anger, rage, revenge and getting even, and to kindness rather than evil. Indicating that goodness lay in the foundation of all religions, he showed respect to all prophets and sacred books.

Muhammad (pbuh) stated that all people should be treated well and he himself became an example with his practices. His basic reference on this subject was the Quran: “Wert thou severe or harsh-hearted, they would have broken away from about thee. (18)  “Say to My servants that they should (only) say those things that are best.” (19) “Do not curse those who take another god for they, exceeding their limits, curse Allah.” (20)

One day while the Prophet was sitting in the masjid with his Companions, a Bedouin came in and began to urinate in a corner of the masjid. The Companions angrily shouted at the man to stop, but the Prophet immediately intervened and said, “Leave the man alone and let him finish his job.” Then he commanded that a bucket of water be emptied there. He called the Bedouin and explained that he was in a masjid and that it would not be right to defile it. With pleasant language and a sweet tongue, he convinced the man that masjids are places where Allah is remembered, prayer is made and the Quran is read.

According to my findings, these are the issues on which the Prophet did not show tolerance:

1-Prophet Muhammad (pbuh) hindered those who prevented the call of Islam and showed open enmity towards the Islamic state; he disapproved of those who displayed open enmity to the religion of Islam in their poems and those who incited the pagans against Muslims. The incident involving the Jewish poet Qa’b ibn al-Ashraf is one of the best examples of this.

2-He refused those who wanted pardon for those whose crimes were proven, and he was not tolerant on this subject. The Prophet showed his sensitivity on this topic as follows: “I swear to Allah that if the thief had been my daughter Fatima, I would have cut off her hand.”

3-Loyalty to tribalism and consanguinity (where it constituted disloyalty to the Truth and Justice) was prohibited, and he was not tolerant on this issue.

4-The Prophet was extremely careful in regard to individual rights and he prohibited their violation.

5-He was not tolerant in regard to preventing evil and the open practice of haram, etc.

Throughout Prophet Muhammad’s lifetime, tolerance was one of the most basic ideas underlying his behavior. He called people to religion and approached them with tolerance in light of the verse, “Invite all to the way of thy Lord with wisdom and beautiful preaching; and argue with them in ways that are best and most gracious.” (21) Others being harsh and rude in response to this call did not make him forego this principle. During the Taif campaign his being forgiving towards the ugly attack made against him and his praying for their reformation instead of their destruction is a good example of this.

There are lessons and wisdom to be gained by the modern world in the Prophet’s understanding of tolerance and its application in Islamic history. Those who indiscriminately describe Muslims as fanatical, aggressive and intolerant, need to look at and analyze the life and actions of Prophet Muhammad and Islamic history.