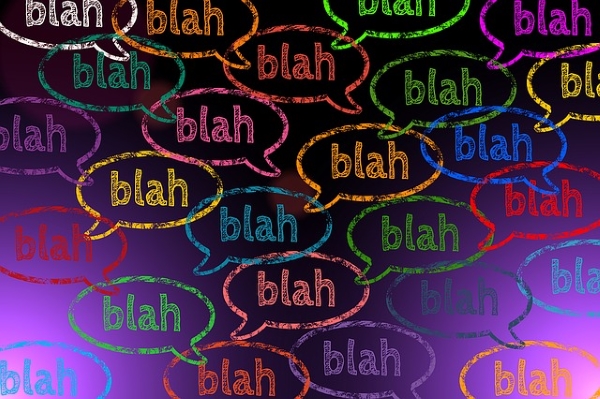 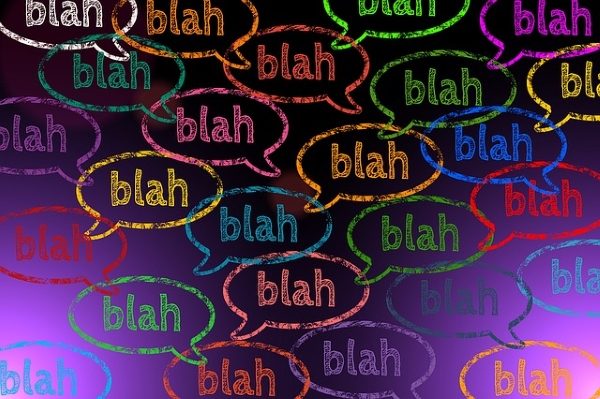 There was a lady who visited her doctor for a check-up. She explained to him that whenever she used a certain organ in her body, she found herself in trouble. It would become so bad at times that her brother starts fighting with his sisters, her husband starts fighting with the neighbor, her family starts acting cold towards her, and even her boss and her colleagues want her fired at work. The doctor, pondering deeply on this strange sickness, asks her to lie down for an examination, but instead she remained standing, opened her mouth and said: “The culprit is hiding right in there. It’s my tongue!”

Nowadays, it’s easy to keep your eyes shut, your ears closed, and even your wind in, but to keep your mouth closed, is virtually impossible! People must have a say in everything, whether it concerns them or not. They must comment on the personal issues of others, worry about what the neighbor had for supper, who was wearing what at the function, which franchise food-store opened where, and if they don’t know the dollar rate for the day, or the latest cricket scores, they will not go to bed! They must also be part of every parking-lot or street-corner discussion, calling it: “My 2 cents contribution!” However, when it comes to things that they are supposed to be talking about, things that concern their spiritual affairs and that of the Muslim Ummah, they are completely lost. These include knowing their correct beliefs, knowing what’s politically happening in the Muslim world, studying the Qur’an and the ahadith and preparing to meet their Creator after death.

Besides tongue-talking, people waste an equal amount of time finger-talking on WhatsApp, SMS, and BBM. Their Twitter and Facebook accounts must be updated every ten minutes, and the whole world must know who they fought with that day! According to an interesting bit of research, the average woman speaks about 23,000 words per day, about 13,000 more than an average man. Girls also start speaking earlier than boys in life and surprisingly, women speak in their sleep more than men! Scientists attribute this to women having more of the FoxP2 protein in the brain, known as the “talkative protein,” than man. This is why women will, at least in part, ensure that communications companies never go bankrupt!

Excessive and unnecessary talking is very dangerous for our worldly affairs, as well as for our hereafter. A person who speaks an average of 20,000 words per day for 50 years of his life will have about 3.65 trillion words to account for on the Day of Reckoning. One day of the hereafter is 50,000 years long, and each day of those 50,000 years is equal to 80 years of this lifetime. This equals to 14.6 trillion days of this world. On this mega-long day, every one of us will, potentially, be made to stand under a scorching sun just above our heads, for 14.6 trillion days to answer what we spoke about, what we ate, what we thought, what we did – everything of our entire life. There will be no chairs to sit on, cafes to buy drinks from, or shade to take comfort in – unless if we are afforded place under the Throne of the Almighty.

Normally, students perspire at the thought of taking a 3-hour mathematics examination. Criminals cannot withstand 30 minutes of cross-questioning by a top-notch lawyer, so how will we be able to stand for 14.6 trillion days answering directly to the All-Powerful, Most-Majestic Almighty, on each and every minute detail of our life? On that day, no one will be able to bribe the angels, or dispute their Record of Deeds. In fact, even if you wanted to dispute it, you wouldn’t be able to as your lips will be sealed. Instead, all your limbs will be given the power to speak, the earth upon which you did it will be given a tongue to testify, the scribe-angles recording your deeds, described as kiraman katibeen, will bear witness as to what they had seen, and the people around you who seen it will also be called to reinforce what you said or did. It will be an open court, for everyone to witness your joy or humiliation. Are you prepared for it?

There are two types of CCTV cameras in the world. The model invented by humans for human surveillance, which was invented by Marie Van Brittan Brown in 1974. Despite rapid technological progress, till today, it does not have an unlimited storage capacity, it’s not 3D, and its pixels cannot match that of the human eye. The other type of CCTV camera was invented by the Almighty when Prophet Adam (peace be upon him) was born. It does not work with batteries or electricity, it has an unlimited storage capacity, and its 3D internal x-ray vision is as good as its external focus. Its storage device is not like our micro-chip which has limited memory or can be destroyed. It’s an invisible state-of-the-art piece of equipment which human beings will never be able to match.

Manning this highly sophisticated camera are two scribe angels, described as kiraman (noble) and katibeen (inscribing), described in the Qur’an (50:16-18) as raqibun (ever watchful) ‘Ateed (always ready to record). The chief of the two sits on the right shoulder, recording all our good deeds. The other sits on the left shoulder recording all our evil deeds, but only after asking permission from his chief. We cannot hear or feel these angels, but at the time of death, they will become visible before our eyes. They will be either happy or angry at us: happy if they were given pleasant experiences of going to pure places on our shoulder, or unhappy if they had to witness you doing all sorts of embarrassing things in filthy places. Their pleasure or displeasure at this crucial time will indicate where you are most probably heading to: paradise or hell-fire.

To give a proper record of every nano-second of our 24/7 surveillance of the body, heart and mind from the time we reach maturity till we die, is like dying a second time. So, the Almighty, in His infinite mercy, has given His heedless slaves concessions in this regard. When a person merely intends doing a good deed and does not do it, one reward is written for him; but if he does it, his reward is multiplied tenfold to an unlimited amount of times, depending on the level of difficulty and sincerity. However, if a person intends doing a bad deed, no sin is recorded for him; but if he goes on to actually commit the evil, only one sin is recorded for him. In this way, we can easily have more good deeds than sins.

The concession does not end here. The person is then given FIVE chances of getting those sins erased. The first opportunity is at the time of recording the sin itself according to a tradition in Sahih al-Jami, vol. 2, page 212. The sinner is given an opportunity of six hours in which to repent before the sin is recorded. If the person repents before six hours, then the angel does not record it at all. The second opportunity is given to a person every Thursdays when his record is presented to the Almighty. According to verse 13:39, the Almighty Himself blots out and keeps what He wishes to keep on our records. Words which are sin/reward-neutral like “I ate”, “I went,” etc, and those deeds which only the Almighty knows of its inner reality, are surveyed. After this, the deeds are presented to our Master, the most elite of all His chosen servants, Prophet Muhammad (may peace be upon him). The third instance is that anytime during his lifetime, he can repent sincerely and die a pure death. The fourth instance is even his death, his children, relatives or anyone can beg for his forgiveness. In the hereafter will be his fifth chance. He may have the intercession of our Master, the mercy unto the universe, Prophet Muhammad (peace be upon him), that of his own deeds, his minor children if they passed away before the age of maturity, and those of the Huffaz (memorisers and practitioners of the Qur’an), the Sulaha (the pious) and the Shuhada (martyrs), provided he died on imaan (faith) and he qualifies for it.

But, before we become comfortable with the notion of being easily forgiven, the reality is when a person dies, according to the Qur’an (17:23-14), the “micro-chip” of his deeds is fastened to his neck. It stays with him throughout his life in the grave, and on the Day of Reckoning, it will be presented as a gigantic “print-out” on seventy long scrolls. The person will gaze in terror at this record, saying: “What’s with this scroll. Nothing big or small did we commit but it’s contained therein.” Because of the dread of this moment, we have been advised to constantly pray thus: “Allahumma Hasibna Hisaban Yaseeran” meaning, “O our Lord, grant us an easy reckoning.”

Indeed the tongue is small, but our destinies are tied to it.

From now, let us think a hundred times before speaking. Imam Hasan al-Basri said: “The heart of a Believer is behind his tongue. When he intends doing something, he ponders over it. If it’s good, he speaks of it; if not, he remains silent. The heart of a hypocrite is at the tip of his tongue. If he intends doing something, he speaks about it without thinking.”

Tags: angels Avoid suspicion for suspicion excessive talk Fear Allah Ta’ala and Repent Gossip Gossip as it relates to therapy Gossip Girl gossip makes u bankrupt Gossip sounds Gossiping as a sin kiram katib Messenger of Allah (peace be upon him) raqib 'atid Side effects of gossip surveillance What is Gossip