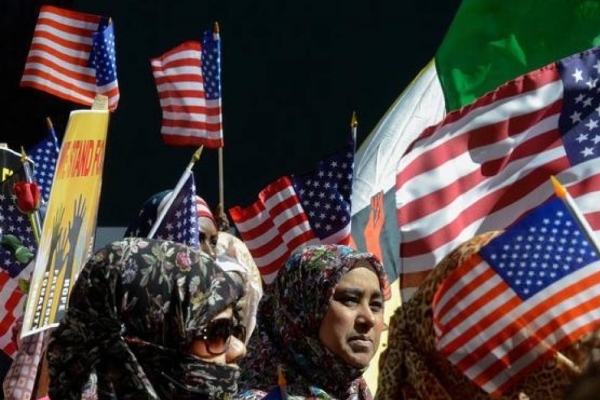 New York unveiled on Monday a major public campaign to fight Islamophobia, stressing the equal rights of the city’s hundreds of thousands of Muslims.

The campaign was launched in the wake of a Manhattan bomb attack blamed on an Afghan-American. The anti-bigotry initiative will use social media to spread the message under the hashtag #IAmMuslimNYC.

“Now more than ever, it is important for every New Yorker to stand united as one city and reject hate and violence,” said Mayor Bill de Blasio in a statement.

“We will not tolerate discrimination or violence of any kind and we will not rest until all New Yorkers, including our Muslim brothers and sisters, are treated with the dignity they deserve.”

Investigators say a handwritten manual recovered after his arrest praised al-Qaeda leaders including Osama bin Laden, and criticised US wars in Iraq, Afghanistan and Syria.

New York’s campaign comes amid growing fears among the country’s Muslims of a backlash over violent attacks, both in the United States and abroad, in the context of the anti-Muslim rhetoric embraced by Republican presidential hopeful Donald Trump.

Among the recent acts of violence against Muslims in New York was the August fatal shooting of an imam and his assistant, execution-style, near their mosque in the borough of Queens.

New York is planning workshops beginning next month to give city employees and public and private employers a better understanding of Islam.

A marketing campaign using all media is in the works for around mid-2017 – when de Blasio’s reelection campaign should be in full swing.

Since his first campaign in 2013, the New York mayor has promoted a multi-racial and inclusive approach.

Before his election, he promised two school days off for Muslim holidays, on a par with Christian and Jewish holidays. That pledge has been in force since the start of the school year in 2015.

“Millions of people adhering to some religion or faith call New York City home, including thousands of Muslims with diverse backgrounds,” the NYC Commission on Human Rights said in a statement. “They, like New Yorkers of every faith, contribute to the unique and rich cultural diversity for which New York City is universally known. They deserve to live and work free from discrimination and harassment.”

In addition to the media initiative, the campaign will also include ongoing events and anti-discrimination literature, according to the commission.

Muslim residents took to Twitter to laud the initiative and thank city leaders.

The #IAmMuslimNYC hashtag garnered dozens of tweets in support of the city’s Muslim community.

“Hate is not a #Brooklyn value. It certainly isn’t a NYC value either. I support the #IAmMuslimNYC campaign that embraces our #diversity,” wrote borough president of Brooklyn Eric Adams.

However, as often happens with social media campaigns, some users used the hashtag against its intended purpose.