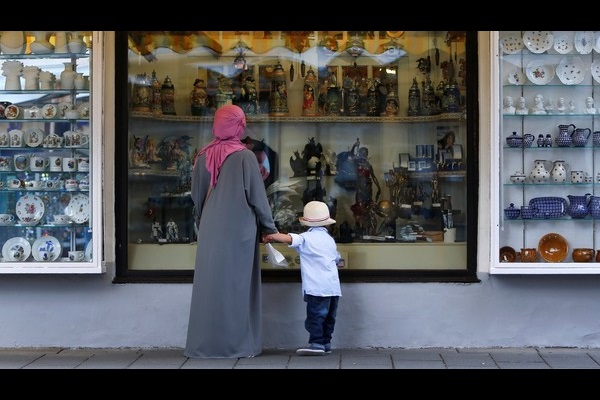 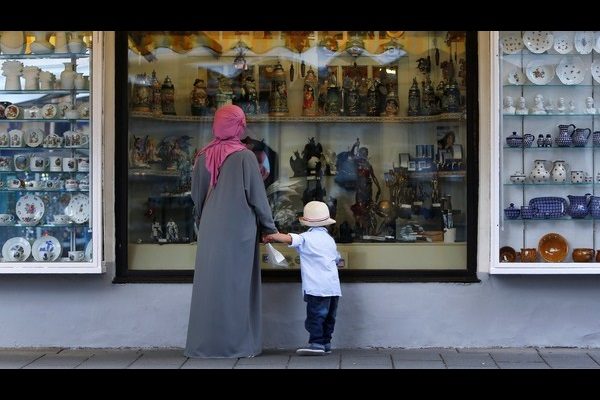 Will Germany become the latest country to ban the burqa? At a news conference to discuss new security measures on Thursday, German Interior Minister Thomas de Maizière seemed to suggest that a partial ban on the full-face veils worn by some Muslim women was in the works.

“It doesn’t fit in with our open society. To show one’s face is crucial for communicating, for living together in our society and keeping it together,” de Maizière told reporters. “In the areas where it serves a function to show one’s face, we want to make it a rule . . . and this means whoever breaks it must feel the consequences.”

It’s a big move on a continent where Islam seems to be increasingly be viewed as a threat. But an important detail appeared to be missing from the discussion: How many women actually wear the full-face veil in Germany?

Before we answer that question, its worth noting the semantics here. While many people refer to the full-face veil as a “burqa” and the bans on such veils as “burqa bans,” the burqa itself is actually only one kind of veil. The burqa is a long, loose veil that covers the woman’s entire body — sometimes only leaving a thin mesh over the eyes for the wearer to see through. It tends to be more common among Afghan and South Asian Muslims.

Slightly less covering than the burqa is the niqab. This is a small veil that is worn over the face and it generally keeps the eyes open. The niqab is preferred by some Arabic Muslim women, and it is more widely seen in Europe than the burqa, for which it is frequently mistaken.

Niqabs are worn with a headscarf. These headscarves — which leave the face open but cover the head and the neck — are often referred to as hijabs, though that word can also mean more generally the act of covering oneself. Hijabs are often worn on their own, without a niqab. There are also a number of other Islamic veils that do not cover the face, such as the chador, which is often worn by Iranian women.

And, of course, don’t forget the burkini. This garment, recently banned in a number of French towns, is a two-piece swimsuit that covers the entire body except for the face, hands and feet. While it’s worn by some Muslim women, it isn’t exactly a traditional item of clothing like the others listed here: Its origins can be traced back to the beaches of Sydney, Australia, in the early 2000s.

So how many women in Germany actually wear a burqa or a niqab, the two items of Islamic clothing that partially or fully cover the face? Well, rather surprisingly, it turns out the German government may not know. The Interior Ministry wasn’t able to provide an estimate when it was contacted on Friday.

Searching online for further government statistics leads us to a 2008 survey from the Federal Office for Migration and Refugees. That survey showed that around 28 percent of Muslim women and girls wore a headscarf. However, it’s important to note that this figure would include more popular items of clothing such as the hijab, as well as the more rarely seen niqab and burqa. Much of Germany’s Muslim population can be traced back to Turkey, where full-face veils are not widespread.

Germany has seen a large influx of Muslim immigrants since then, many of whom come from places like Syria where more people do wear the niqab or the burqa — so more information is needed.

This March, the Bild tabloid newspaper tried to find out how many people actually wore the full-face veil in Germany. At first, it contacted the Central Council of Muslims in Germany, who told the paper there were no official figures. So then, Bild reached out to Egyptian German political scientist Hamed Abdel-Samad, an atheist who is known as a critic of Islam. Abdel-Samad estimated that maybe 200 to 300 people wore a burqa in Germany. It was more like 50 four years ago, Abdel-Samad told the newspaper, but the garment has now become more common.

More recently still, German reporter Fabian Köhler decided to look closely at how many women wore the burqa in Germany. Köhler, writing for the online publication Bento last week, explained that while he was relatively used to seeing the niqab in Berlin, he had never actually seen anyone in Germany wearing the burqa – a garment apparently so feared in Germany that one prominant politician dubbed himself a “burqaphobe.”

Köhler sent out a call on social media: If you’ve seen a burqa in Germany, let me know. Most people responded by sending him pictures of niqabs and hijabs. A picture of a woman quite clearly wearing a burqa in a Berlin subway stop turned out to be a red herring: It was a reporter for Bild, wearing the garment for a story. He later received another false lead: Two women wear the burqa, but they are very non-Muslim mistresses at a S&M club.

Islamic experts told him they doubt there are any burqas in Germany. Even the staff from Afghan Embassy told him they’ve never seen one. Prominent anti-burqa campaigners seemed unable to help him either; some wouldn’t even talk to him. After all his research, Köhler came to the conclusion that there might be around 300 wearers of the niqab in Germany. He has found no evidence of anyone wearing a burqa in Germany.

It’s estimated that there are more than 4.7 million Muslims in Germany. If it’s true that only a few hundred wear the burqa or the niqab, they represent a tiny fraction of that population: Around 0.01 percent. Their fervent critics almost certainly outnumber them. “The good news of this research: There are no women in Germany who have to wear the burqa,” Köhler wrote. “The bad news: There are a lot of burqa opponents out there, unfortunately.”

It may seem strange that a country might implement a ban on a garment while having little information about who actually wears it, as well as broader public confusion about what these garments actually are.

It isn’t, however, unprecedented. France banned full-face veils in 2011, and that ban remains in place today.

As the political movement behind that ban gathered steam, France’s Interior Ministry released a study that said niqabs were worn by fewer than 2,000 women in the country — hardly a significant portion of the country’s Muslim population, now estimated at 7.5 million — and very few, perhaps none, wore the burqa.

Even that low estimate seemed perturbingly unrigorous to some. Martin Robbins, a British writer and researcher with an interest in data, looked into it closely and realized that the Interior Ministry’s estimate was arrived at when French police were asked to estimate the number of Salafist Muslims in the country based on the number of mosques. This number was a secret until it was leaked to Le Figaro newspaper.

Robbins wrote for the Guardian in 2011 that “2,000 is a private guesstimate leaked by a newspaper then, not the reliable statistic it’s been presented as by the media.” He added that he felt personally the number was likely to be lower.

If the amount of research into the wearing of burqas and niqabs may seem weak, the research on the actual effects of these bans may actually be weaker. It’s been more than five years since France unveiled its ban on the Muslim full-face veil, and remarkably little research has been done on how Muslims feel about it.

What information we have suggests that some Muslim women may actually wear the veil more now, seeing it as a way of rebelling. Figures released by the Interior Ministry in 2015 showed that 1,546 fines had been imposed under the law, even though it is only partially enforced. There were many repeat offenders — one woman was fined 33 times.

Agnes De Feo, a sociologist and documentary filmmaker who since 2009 has interviewed around 150 women who wear the veil, said that most women who wore the veil before the ban now stay home. The women who wear the full-face veil out are a new breed; far more interested in provocation than those who came before. Some have even gone to Syria and Iraq to join extremist groups, De Feo said.

De Feo is clear on where she feels the blame lies. “These women became like that because of the French context,” she said.

Stephanie Kirchner in Berlin contributed to this report.