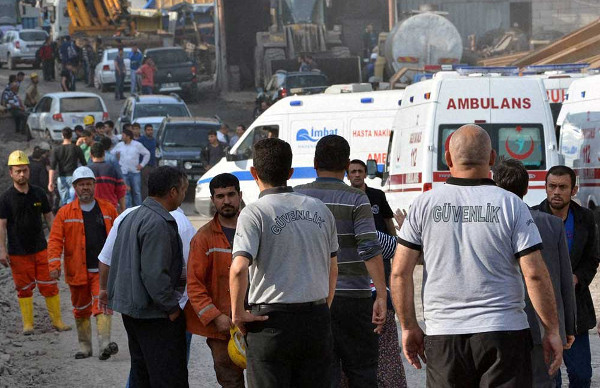 PanARMENIAN.Net – An explosion in the heart of Istanbul‘s historic Sultanahmet tourist district killed at least ten people and wounded 15 on Tuesday, January 12, and some local media reports said a suicide bomber may have been responsible, Reuters reports.

Several bodies lay on the ground in the Sultanahmet square, close to the Blue Mosque and Hagia Sophia, a major tourist area of Turkey’s most populous city. A police officer and witness at the scene reported also seeing several bodies and body parts.

The Istanbul governor’s office said the authorities were investigating the type of explosive used and who might have been responsible for the attack. It said ten people were killed and 15 wounded but gave no further details.

“The explosion was very loud. We shook a lot. We ran out and saw body parts,” one woman who works at a nearby antiques store told Reuters, declining to give her name.

Turkey’s AHaber television said the blast may have been caused by a suicide bomber but this was not independently confirmed.

Ambulances rushed to the scene, ferrying away the wounded as police cordoned off streets.

“We’re taking precautions against a second explosion,” the police officer said, ushering people out of the square.

The blast comes just over a year after a female suicide bomber blew herself up at a police station for tourists off the same square, killing one officer and wounding another. That attack was initially claimed by a far-left group, but later turned out to have been perpetrated by a woman with suspected Islamist militant links, officials said.

Kurdish, leftist and Islamist militants have all carried out attacks in Turkey in the past.

Turkey has also become a target for Islamic State, with two bombings last year blamed on the radical Sunni Muslim group, in the town of Suruc near the Syrian border and in the capital Ankara, the latter killing more than 100 people.