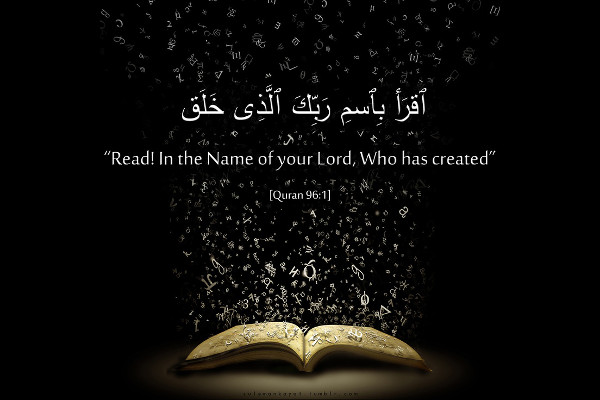 According to the Quran, the Prophet (pbuh) is responsible for tabligh (delivering the message): “O Messenger, proclaim the (message) which hath been sent to thee from thy Lord. If thou didst not, thou wouldst not have fulfilled and proclaimed His mission. And Allah will defend thee from men (who mean mischief). For Allah guideth not those who reject Faith.” (Al-Maida 5/67). “The Messenger’s duty is but to proclaim (the message). But Allah knoweth all that ye reveal and ye conceal” (Al-Maida 5/99).

The lexicographical meaning of “tabligh” is to deliver, inform, and spread. As a term, it points to the Prophet’s (pbuh) delivering the message to humans exactly as he received it from Allah. This is one of the inalienable qualities of prophets. If the thing to be delivered is information, a message, or news, then teaching is an issue, as well. In fact, some dictionaries define “tabligh” as teaching. This shows the relation between “tabligh” and teaching.

“Tabligh” is not randomly delivering a message in some form of expression to people. A message will be considered to have been delivered if it is correctly understood and comprehended by the person receiving it. Thus, the person to whom the message is delivered should understand the meaning of the message exactly the same way the source person does. If the meaning of the message is not understood in exactly the same way by both the person who receives it and the source person, then the message is not delivered. In short, there should be correct communication between these two people. In this context, it is possible to see “tabligh” as a form of communication and a task of education and training.

In Quran, Allah states that prophets are obliged to deliver His messages and describes prophets as an “instructor and trainer: “Allah did confer a great favour on the believers when He sent among them an apostle from among themselves, rehearsing unto them the Signs of Allah, sanctifying them, and instructing them in Scripture and Wisdom, while, before that, they had been in manifest error” (Al-Imran 3/164). “It is He Who has sent amongst the Unlettered an apostle from among themselves, to rehearse to them His Signs, to sanctify them, and to instruct them in Scripture and Wisdom,- although they had been, before, in manifest error“ (Al-Juma 62/2).

In Quran, God also warns the Prophet (pbuh) not to exceed the boundaries of his duty: “We have not sent thee as a guard over them. Thy duty is but to convey (the Message)” (Al-Shura 42/48). “…Therefore do thou give admonition, for thou art one to admonish. Thou art not one to manage (men’s) affairs“ (Al-Gashiya 88/21-22). “Let there be no compulsion in religion” (Al-Baqara 2/256). In this sense, the duty of the Prophet (pbuh) was to reach and communicate with people and carry out educational activities.

AREAS OF HIS EDUCATION

Since the practices of the Prophet (pbuh) (pbuh) also demonstrate his duty as an educator, there is no difference between theory and practice. The Prophet (pbuh) conveyed the message of Islam which aims at universal “reform” for humanity. The task was difficult, but the Prophet (pbuh) never thought of using compulsion. While delivering the message of Allah, he behaved as described in the Quran. He perceived “tabligh” as a task for teaching and training and he tried to realize the social reform he aimed at by educating people. He started educating people close to him immediately after he was charged with delivering the message and then the circle of people widened day by day. He worked to teach the fundamentals of religion to people individually or as a group in his house or other houses, even in markets. In spite of torture and opposition in the Mecca period, he continued to teach productively. He never gave up on educating people. After emigration to Medina his educational activities increased, accelerated, and became widespread. In Medina, the Prophet (pbuh) first had the masjid built. One of the most significant reasons for building a masjid open to the public was to be able to lead the educational activities more effectively. In this masjid there was a room (suffah) reserved only for education. Moreover, the Prophet (pbuh) had other masjids, first schools or preparatory schools built in Medina. Thus, the number of educational institutions increased very quickly.

The Prophet (pbuh) was not only teaching the fundamentals of religion, but he was also acting as a model for people with his attitude and behavior. He was showing them how to put the things he was teaching into practice in their lives. In other words, he was supporting and complementing his teaching with his personal life. Therefore, Allah introduces him to us as an exemplary guide: “And thou (standest) on an exalted standard of character” (Al-Qalam 68/4). “Ye have indeed in the Messenger of Allah a beautiful pattern (of conduct) for any one whose hope is in Allah and the Final Day, and who engages much in the Praise of Allah“ (Al-Ahzab 33/21).

However, the Prophet (pbuh) appointed special teachers for people and places he was not able to reach. Those teachers were educated by the Prophet (pbuh) and were comparatively knowledgeable and competent individuals. Their supreme successes in their tasks serve as a proof for this.

In Medina there were instructors in masjids and suffa, as well as many teachers in schools. The needs for education changed and varied gradually. Thus expertise in education was necessary. The Prophet (pbuh) assigned different teachers for people who wanted to learn different subjects. Non-Muslim teachers were also employed when needed. In the first years reading and writing teachers were mostly non-Muslims because there were just a few literate Muslims back then. Allah assigned the wives of the Prophet (pbuh) to teach as well. There were female Companions who were famous for their knowledge. In short, the Prophet (pbuh) integrated all his Companions into educational activities. The task of delivering the message of Allah was carried out through educating people. This practice of the Prophet (pbuh) demonstrates the presence of an overlap between “tabligh” and education.

It is necessary to emphasize that as the political and social power of the Prophet (pbuh) increased, the educational activities became more intense and widespread. Therefore, it is impossible to tie his not using compulsion for the religion to his being powerless. Not using compulsion is an essential condition for “tabligh.” The Quran envisages faith as a product of human free will: “Let him who will, believe, and let him who will, reject (it)” (Al-Qahf 18/29). Islam neither coerces anyone to believe nor perceives disbelieving as inappropriate. Islam desires a person to prefer faith with his intelligence and free will. The important thing is the decision of mind and heart. “Tabligh” is to help people in this way and guide them to pass barriers on the way. Therefore, the Prophet (pbuh) never thought of using compulsion even in times when he was most powerful. On the contrary, he tried to make the educational activities more intense, widespread, and effective.

In his battles, the Prophet (pbuh) never aimed to coerce people to believe in Islam. The purpose of the battles was to stop the torture and pressure made to people and create an environment in which people could act with their free will using their intelligence.

The primary reason for the success of the Prophet (pbuh) in calling people to Islam in the Arabian Peninsula in such a short time was its emphasis on education. This call gave new life to people. The Prophet (pbuh) reached the hearts and minds of people through educational activities. He helped people to feel more human. When people learned the qualities of Islam and witnessed how individuals who became Muslim were transformed, they accepted the invitation of the Prophet (pbuh).

The most important reason behind the effectiveness of the educational activities carried out by the Prophet (pbuh) (pbuh) was the truth of the content. But, the appropriateness of style in presenting the content was also important. We should pay attention to “whom” and “how” the Prophet (pbuh) taught as well as “what” he taught. He had methods for teaching. His style was not random.

The Prophet (pbuh) was very sincere in what he was teaching and he applied what he taught in his daily life. So he was showing people how to apply those principles he taught. The people he assigned to teach others were also knowledgeable and skillful, and they had superior characteristics.

It is also a fact that the teachers assigned by the Prophet (pbuh) were good examples for people with their mature personalities, attitudes and behavior and that helped the educational activities of the Prophet (pbuh) to be successful. This is accepted by modern education scholars as well. Indeed, behavior sciences indicate that the teacher’s attitudes and behaviors influence the learners. The intellectual position, emotional reactions, habits, gestures and postures of the teacher affect the learner and play a role in shaping his personality. Most of the time the learner pays attention to the teacher’s approach to the subject rather than what he says. Therefore, teachers play a significant role in classrooms as a model for students.

At this point, the following question may rise: “How could an illiterate prophet carry out so perfectly such a complex educational activity?” It is because being a teacher requires expertise, special ability, knowledge and skill. Just as not every person can be a teacher, also a person who has the relevant education for being a teacher may not necessarily be a successful teacher. Moreover, what we said here applies to teachers who were educated in a special branch. However, the Prophet’s (pbuh) teaching covered a very large area. He had to be a teacher at any possible time and place. He had learners in all age groups and all levels. Therefore, his educational activities had a much more complex structure. Such a sensitive and difficult duty could be accomplished by only very skilled people. Since the Prophet (pbuh) fulfilled his duty as a successful teacher, it can be claimed that the Prophet (pbuh) had had a special education.

Both the Prophet’s (pbuh) life and the Quran and hadith prove that the Prophet (pbuh) was born as a capable person and raised specially for “tabligh.” He was from a distinguished family in Mecca, a cultural center at that time. He was given to a nurse in the country to be raised healthily and to learn to speak in the best way. He attracted attention with his bright intelligence and superior abilities. He lived a pure life before becoming a prophet. He did not adopt any tradition which was not acceptable to common sense. Sometimes it appeared that he was protected by a secret hand. He took trips with his uncle or on his own and he worked as a merchant. He knew people and life very well. Sometimes he had retreats for contemplation.