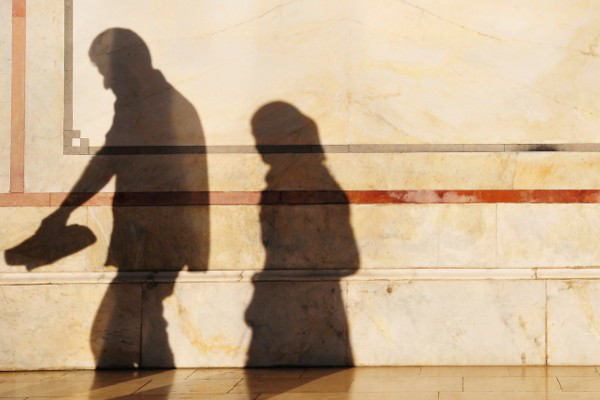 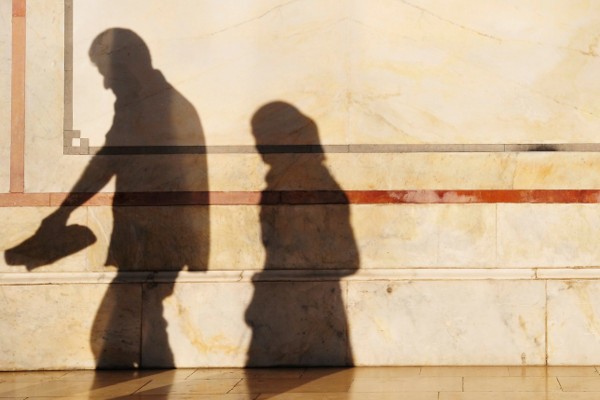 Being married to a man who was once affectionate and thoughtful, but isn’t anymore, is painful and heartbreaking.

I still remember what that was like. It hurts just thinking about it, even though that was years ago.

But what if the underlying problem was something you could fix pretty quickly, once you knew how?

Because that’s what happened to me.

I’m going to reveal the hidden habit that was squelching my husband’s love for me–and tell you what I did to get it all back.

I’ll also give you a simple, powerful phrase you can start using right away so that your husband gets happy to see you.

What Actually Happened to Make Him Distant?

First, let’s go back to the way things were early in your relationship. If you’re anything like me, you saw that your husband was a smart guy. He had so many desirable qualities. He was attractive.

Even if you’re not remembering that so strongly right now, I can’t imagine you would have wanted to marry him if you didn’t feel that way. Can you?

You were happy to marry such a great guy. At first.

But since then, you’ve changed.

I know it seems like he’s the one who changed, but consider the possibility that you are the one who’s changed, and he’s just responding to you differently.

You may not have noticed because it happened gradually, but there have been times when you saw he was lacking common sense, or did things in an ineffective way.

Of course you noticed. You live with the guy, and you’re observant. How could you help it? Now he doesn’t seem as smart to you as he did in the beginning.

Where you had more experience of education, maybe you gently tried to help bring him up to speed.

But a lot of things he continued to do in a way that just doesn’t make sense to you. Now that you’ve lived with his flaws for a while, you can’t unsee them.

You’ve downgraded him from sooooo smart to something less than that.

You’ve seen that your husband has some drawbacks that you hadn’t paid attention to.

Perhaps he’s got a wicked temper that he doesn’t bother to contain.

Maybe he lost money on an investment, or overspends.

You’ve noticed his shortcomings. And your husband has noticed that you don’t approve of the way he does some things.

You are Your Husband’s Mirror

When he looks into his wife-mirror, what he sees reflected back is not as shiny as what he used to see in your eyes.

In fact, he sees a rather painful self-image there.

So he started looking less.

He started to be busy with something else–let’s say work, or sports. Maybe he’s always distracted with video games or his phone–anything to avoid the pain of seeing your disappointment in him.

You aren’t stupid, and you knew he was avoiding you.

Sometimes you get resentful that he’s ignoring you. Who wouldn’t?

It’s lonely, and it hurts. It’s not what you signed up for. He’s withholding from you–his attention, his time and his affection.

Just a few years into my marriage, I was asking myself how something as good as our relationship had been could have gone so wrong so fast. I remember wondering, “Why doesn’t my husband love me?”

He didn’t want to spend time with me, didn’t seem attracted to me and seemed to go out of his way to avoid doing the things that I wanted him to do.

But that was over 15 years ago, and now he can’t get enough of me. He’s sitting right next to me, even though I’m writing on my laptop, just because he wants to be around me.

Here’s how I turned it all around, and how you can too.

Pretend That You Respect Your Husband

I know, right now that seems like a really tall order. Don’t worry–I’ll tell you a simple way to get started.

I know he doesn’t seem to deserve your respect. If you’re anything like I was, you’re thinking, “but I don’t respect him.”

Consider pretending, in the spirit of “fake it till you make it.”

I mean, wouldn’t you prefer that you did respect him?

You might wonder why you would pretend about anything to your own husband. Shouldn’t the two of you be open and honest?

Consider this: If you think back to the beginning of the relationship, back when you thought he was so smart, you did respect him. You weren’t pretending—you felt admiration and trust.

All that’s changed is your perspective. You’ve been focused on what you don’t like about him, and that’s enlarged.

So this is about going back to what was working, which is focusing on the things you appreciate about him, instead of the things that don’t impress you.

Because what you focus on increases.

There’s a magical phrase that you can start using right away. This is an important part of treating him respectfully. Anyone can do this, including you.

This phrase has the power to change absolutely everything. It’s three words: “I hear you.

It’s just listening to him. That’s it.

It’s not agreeing or disagreeing. It’s just bearing witness to his thoughts, his ideas, his words and his process.

Don’t worry—you won’t be approving things that you don’t approve of. Saying, “I hear you,” doesn’t convey approval.

But it is one powerful way to convey respect. Listening is a critical part of respect.

If you say “I hear you,” and nothing else and let him talk as long as he wants tonight—or even just for an hour–you’ll be well on your way to seeing that he actually does love you.

Did you catch that?

I just said that your husband actually does love you.

And if you decide to give him the respect that he deserves (he must deserve it because he’s married to you and you wouldn’t have married a loser) you’ll see the evidence.

You’ll see it in the way his face lights up when you come home.

You’ll see it in the way that he comes home from work early just so he can spend time with you.

You’ll see it in the way he makes bedroom eyes at you again, even if he hasn’t in a long time.

How can I be so sure?

I’ve been privileged to watch thousands of women transform their relationships. And I’ve seen a pattern.

And she stops feeling like her husband doesn’t love her anymore, because she knows he does.