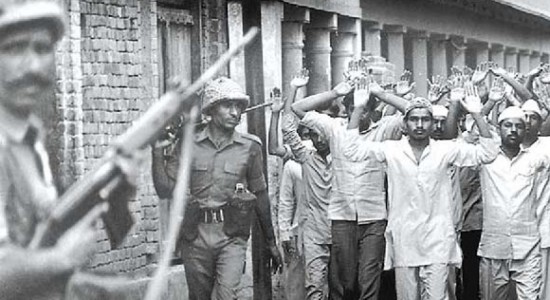 40 were killed in what is known as the 1987 Hashimpura massacre in Meerut.

A court in New Delhi on Saturday cleared all sixteen policemen accused of murdering dozens of Muslims 27 years ago in a north Indian city, a lawyer said.

More than 40 Muslims were killed in 1987 during riots in Meerut city, some 70 kilometres (43 miles) northeast of New Delhi, after local armed forces picked them up for crowding a local mosque.

The police allegedly then threw the victims into a canal.

“They all, meaning the 16, have been acquitted. The court gave them the benefit of doubt, saying there was lack of evidence regarding their identities,” prosecution lawyer Satish Tamta told foreign sources.

Tamta could not immediately confirm if there were plans to appeal the ruling in a higher court.

The initial chargesheet was filed in 1996 naming 19 policemen for a string of offences, including murder and conspiracy.

But three of the men died during trial.

All the other accused have been out on bail.