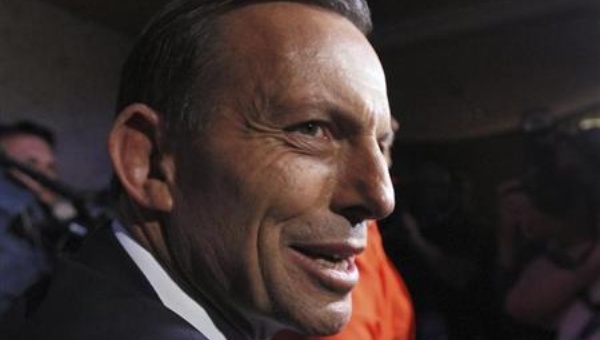 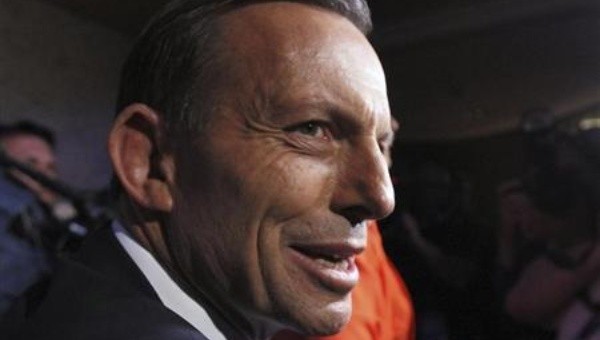 In 2011, then opposition immigration spokesman, Scott Morrison, sought to persuade the shadow cabinet to take advantage of what were perceived to be increasing concerns among the general public about Australian Muslims. That there was opposition by some members of the shadow cabinet to the suggestion is neither here nor there. The fact is that since coming to office, Prime Minister Tony Abbott’s government has used Australian Muslims as political tools to divert attention from its fledgling and uninspiring leadership.

Yesterday’s national security statement by the prime minister was no exception.

The message was unequivocal and unapologetic. The rhetoric, totalising and dehumanising. Australian Muslims were invested with meanings that positioned them as the antagonists of “Australian values”, as exploitative, duplicitous and problematic “guests”.

One might say the speech was almost refreshing in its unambiguous and unapologetic bigotry. I suspect that the prime minister, like me, had grown rather tired of dog-whistle politics and euphemisms.

“Team Australia” had a nice ring to it, especially considering our pride as a sporting nation, but didn’t allow Abbott to deploy the language of inferiority as a mechanism for exclusion. Instead, he had to resort to using the discourse of nation, nationalism, Australian identity (that is, Anglo-Celtic), and “core values” as a coded discussion of how this game of Dealing With Minorities works. You’re either on the team or you’re not. You play by our rules or you’re kicked off.

Frustrated that not only had the Muslim community not accepted his message, but in fact had dared to express outrage at being made to feel, yet again, outsiders in their own country, Abbott clearly needed to reassess his strategy. Just how would he make the point that a key feature of the racist imaginaries of his government was the idea that Muslims were guests, and that a benevolent Anglo majority host suffered the pedagogical task of managing and schooling them?

From entertaining the idea of placing women who wear face veils into glassed-off areas in the public galleries at Parliament House; to Abbott calling the Mufti of Australia “wrong-headed and unhelpful” for speaking out against a possible ban on Hizb ut-Tahrir; to labelling Muslim organisations “foolish” and “petty” for boycotting a meeting with him after taking offence over his “Team Australia” rhetoric; to his continuous pontificating about the loyalties of “migrants” – the portrayal and positioning of Australian Muslims under this government has been framed in the discourse and policies of “us” and “them”. It has deliberately built on and reinforced a long-manufactured climate of fear and framing of Muslims as “Other”.

It seems, however, that for Tony Abbott, the rhetoric has not been strong enough. Which is why, with yesterday’s security statement, the prime minister abandoned all sense of proportionality, fairness and wise leadership, and opted to demonize and alienate the Muslim community in rather frank terms.

Muslim community leaders were exhorted, yet again, to “speak up clearly” against terror, the clear implication being that they had either been silent or ambiguous in their response to terrorist attacks committed by Muslims. The statement was bewildering given the countless fatwas and statements and press releases and sermons and community projects that have clearly and unequivocally denounced terror in the name of Islam. One wonders what is the magical number?

The reality is, there is none because it is the power to demand condemnation that reveals the contempt with which Abbott and his government view Muslims. Implicit in the demand to condemn is the notion that Muslims somehow need to be reminded that the taking of innocent life is a crime.

Indeed, the prime minister drove the point home when he went on to declare: “I’ve often heard western leaders describe Islam as a religion of peace. I wish more Muslim leaders would say that more often, and mean it.”

Complicit in the ‘death cult’

The result was that the prime minister of Australia acted to firmly entrench in the national psyche not only that Australian Muslims are not to be trusted, but that Islam and Muslims are complicit in the “death-cult” ISIL. Notice too that it is “western leaders” who Abbott refers to as describing Islam as a religion of peace. That Abbott rebukes Muslim leaders for not describing Islam thus makes his meaning clear: Western leaders are foolish and misinformed to view Islam in this way given even Muslims don’t go so far as to describe Islam as a religion of peace.

Out of 400,000 Australian Muslims, 110 are known to have joined ISIL. And yet, despite this minuscule ratio, Muslims and their faith are being held to account, clearly framed as the enemy in the “war on terror”.

Abbott’s opinion of Islam and Muslims was laid bare yesterday. Revealing the contempt with which he holds both makes it very clear that relations between this government and the Muslim community have been irreparably damaged.