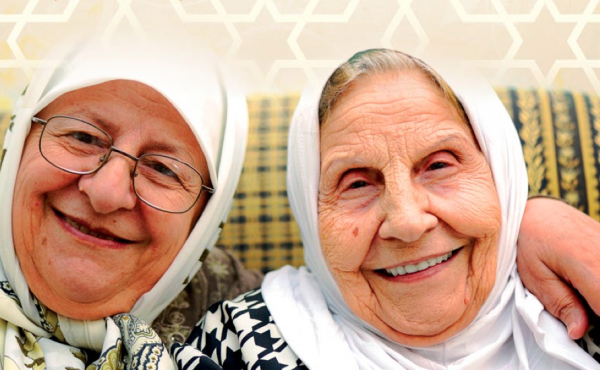 Sydney, Australia – The Australian Muslim community in Sydney is set to get its first aged care facility that will specifically cater for the needs of the elderly Muslim community. The Muslim owned and managed Rahma Aged Care facility is a $20 million project that will be built next to the iconic Gallipoli Mosque in the western Sydney suburb of Auburn. The project is not due to be completed till 2017 and a major fundraiser is being held this weekend to help raise funds and awareness of the project.

MuslimVillage.com interviewed Ibrahim Hammoud, a Director of Rahma Aged Care about the project.

Why the need for a Muslim aged care facility?

Over the years, there has been a growing realisation that the Muslim community in Australia faces challenges in terms of the care preferences and needs of its older members outlook alle dateien herunterladen. Factors such as migration, changes in lifestyles, changes in family structures as well as other compelling factors may overstretch the ability of many Muslim families to look after their loved ones in their homes.

Residential aged care, in general, therefore, becomes a complex issue for those Muslims who try to observe their faith; it is very important for them, to the extent possible, to be able to continue a lifestyle that follows the tenets of Islam even when they become old and frail.

Since there is no aged care facility that caters to Muslims in Sydney, it is deemed imperative that steps are taken so that older Muslims can have a credible choice in terms of aged care services and facilities that meet their requirements as dictated by their cultural, religious and spiritual beliefs. It is in this context that Gallipoli Health Services Limited (“GHS”), a not-for-profit company, has been established to meet this demand.

What’s the current and anticipated demand for aged care beds in the Australian Muslim community in Sydney herunterladen?

There is currently a need for more than 360 residential aged care places in NSW for communities with an Islamic background. Most of these people will seek a culturally/religious specific service. We have demonstrated to the Department of Social Services that Auburn is the predominant region for Islamic CALD (culturally and linguistically diverse) communities in NSW by virtue of the location of one of the largest and most recognisable places of worship as well as being the home to the largest and most diverse Islamic CALD demographic.

There are currently no facilities that provide aged care services specifically to people of an Islamic background. The Department of Social Services has recognised the 360 place shortfall for the Islamic demographic and is actively working with us to meet the demand.

What’s the difference between what you are proposing with Rahma and any other aged care facility?

The Rahma Aged Care facility is a purpose designed facility to meet the specific cultural and religious requirements of Muslim residents. The design committee has worked extensively to ensure that the final design meets these requirements. Examples include, beds facing the Qibla, toilet facing away from the Qibla, prayer rooms, residential clusters to allow for segregation, Islamic themed decor etc herunterladen.

From an operational point of view, the staff will be drawn from the many different cultures that make up the Islamic community. This is critical as there is no point in promoting Rahma as an CALD/Islamic facility if the staff responsible for the provision of care do not speak the language or understand the religious and spiritual requirements of the residents.

Additionally, there will be an Islamic centric basis of care incorporated into the ‘principles of care’. The directors and staff will consult with a Shura of scholars to ensure that care meets Islamic principles. Finally, from an activities point of view there will be visiting scholars that will visit residents to provide Qur’an and religious lessons on the communal level and support on the individual level.

Can you share with us some more details about the project?

The total cost of construction has been assessed by a quantity surveyor at $20,000,000 herunterladen. The Australian Federal government via the Department of Social Services has granted $10,000,000 toward the cost of construction. The remaining $10,000,000 is being sought from the community as well as the realisation of other assets. There has also been an approval for an allocation of 95 government funded aged care places with A$5,605,000 in annual funding once Rahma Aged Care is operational.

The site is comprised of 7 residential properties (3,700sqm approx.) that will be amalgamated to form the area required for the facility. These properties have been acquired by the Auburn Gallipoli Association over the last 30 years and are un-encumbered.

The building is accommodated over three levels that will be connected through a central courtyard/light well – the transparency of the courtyard strengthens the visual connection between the common areas and the Mosque which will act as a reference for community engagement herunterladen. The courtyard will flow from the main reception and lounge as well a variety of planned communal facilities such as a cafe; village shop; wellness centre and a hairdresser.

The site is less than 900m from the local train and bus stations; Western Motorway; and the shopping precinct, affording residents seamless transit and recreational options amongst multicultural cafes and restaurants. The site is within close proximity to the Auburn Hospital and a comprehensive range of nearby services for the aged: psychologists, podiatrists, physiotherapists, optometrists, pharmacists and hearing specialists. Parkland reserves and the Auburn Botanical Gardens are nearby as is the Auburn library with books and other materials in a range of languages including Turkish and Arabic play free download pc.

Double rooms for couples; spacious rooms, some with kitchenettes, to accommodate and host visitors; shelving for the Quran, prayer beads and other items; hand held shower nozzles for the washing of feet and to facilitate pre prayer ablution; and space to lay a prayer mat are features for resident comfort. Privacy features include private en-suites (configured so the toilet does not face Mecca – the direction of prayer) separate men’s and woman’s prayer rooms; and lockable storage in the bedroom. Wide corridors; grab rails; electronic beds; lift access; storage areas for mobility devices to reduce clutter; and flat, spacious grounds will foster mobility.

What management structure does Rahma Aged Care have in place?

The Board of Rahma Aged Care currently consists of Dr Abdurrahman Asaroglu, Dr Yusuf Bulbulia Mrs Nihal Uckan and myself. Additionally, there will be a Sharia advisory committee made up from local scholars to ensure adherence to Islamic principles of care unreal engine downloaden. Rahma Aged Care had to obtain approval from the Department of Social Services for all key personnel including directors, the project manager and the architectural firm.

To date the board has engaged with the community through information and consultation sessions. This will continue through to the realisation of the project. As part of the operations, there will also be a residents committee made up of residents and their representatives that will ensure that staff are made aware of any issues.

We have worked very closely with the Department of Social Services and throughout the period of construction and need to submit quarterly audited reports sims 3 pc kostenlos. Additionally, once the facility commences operations, an annual audit is conducted by the Department to ensure the 44 accreditation KPI’s are being achieved.

When is Rahma Aged Care going to be operational?

Commencement of building works is planned to commence in July 2015 with the first admission of residents planned for January 1 2017.

Are you co-operating with the aged care project planned by the Lebanese Muslim Association (LMA) in Lakemba?

The Gallipoli Mosque Association and the LMA have been working closely together throughout the process. The fact that the community needs to meet the demand of 360 places means we need multiple facilities. The similarities between the two projects has meant that there are many synergies that have been utilised to advance the LMA AMAN project sims 3 expansion packs for free. The Gallipoli Mosque Association and the LMA are also working together on a joint initiative to provide aged care certificate courses to ensure that the facilities are staffed by members of the community that the residents will be coming from.

Will Raham Aged Care cater only for the Australian Turkish community and will non Muslims be able to also use the facilities?

The case made and accepted by the Department of Social Services was that this will be a facility to provide for the entire Islamic community, regardless of ethnicity or cultural background. Besides that there isn’t sufficient demand to fill 100 beds from a single CALD group – whether Turkish or otherwise. There is a process of assessment by aged care assessment teams prior to the admission of a resident. Admission will be based on a first come, first served basis irrespective of cultural background.

As for Non Muslims, the facility cannot legally discriminate against prospective residents based on either a cultural or religious disposition. However, with the staged commencement of operations over 18 months to achieve capacity, it is expected that the facility will be comprised of Muslim residents. This is based on the expected transfer of many Muslim residents from other facilities based on our research.

When is the fundraiser and why is it important for the community to get behind this project?

We should all support new initiatives that result in the self-reliance of the Australian Islamic community. It is based on this core belief that we aim to revive the Sunnah of Awqaf with our core mission to:

Many respected Sheikhs have made the point of the community’s responsibility to provide Islamic-centric social services as a Fard Kifaya. Each member is responsible for the welfare of every other member – one body. It is not Islamically appropriate for those that say that we will take care of our parents when they may have the means – financial or otherwise – to do so. As Hajj Hoblos said in his promotional video for the fundraiser, we need to be responsible and provide for those that are not as lucky.