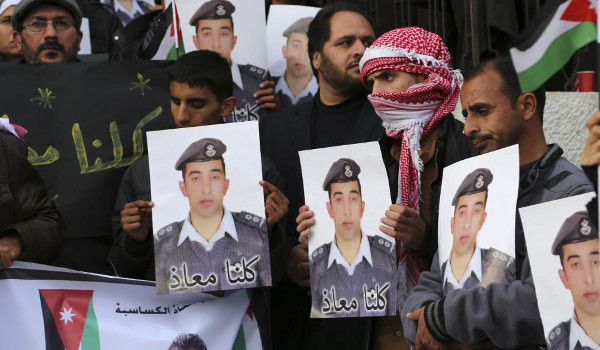 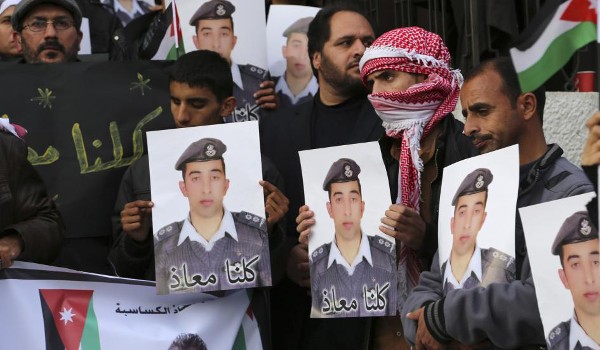 When a coalition of the willing was formed in September 2014 and bombing began against Daesh in Iraq and Syria, things appeared to be moving in the right direction.

Daesh is more commonly known as Islamic State or ISIS, but I refuse to dignify it with that term and will refer to the group using the Arabic pejorative term in this article.

The fact that the Syrian-focused branch of the coalition formed in 2014, led by the US, was made up of Saudi Arabia, the UAE, Bahrain, Qatar and Jordan was seen as a diplomatic coup and certainly something that would not have previously been foreseeable given the legacy of the 2003 invasion of Iraq.

With the carefully chosen strategy of bombing Daesh targets and supporting the training of the moderate Free Syrian Army outside of Syria, the only probable, and even then unlikely, risk was the capture of a pilot from a crashed plane or a member of the special forces teams assisting with target acquisition on the ground.

But in December, the nightmare scenario came to pass when 26-year-old Jordanian air force pilot, Muadh al-Kasasbeh, was captured by Daesh. His plane had crashed near Raqaa in central Syria – the self-declared capital of the Islamic State. This was plainly an opportunity for the militants, who immediately paraded their captive for maximum propaganda effect.

Daesh demanded a prisoner swap with Jordan in January. In return for al-Kasasbeh, the group called for the release of Sajida Al-Rishawi, a suicide bomber whose vest failed to detonate as part of a series of co-ordinated attacks on luxury hotels in Amman in December 2005.

It initially appeared rather unlikely that she would be released. Visiting Amman in the months after the suicide attack, Jordanian anger was palpable. The country had been targeted by al-Qaeda in Iraq, led by Abu Musab al-Zarqawi, one of its own nationals. Such was the loss of life and the number of casualties that many Jordanians referred to the incident as their 9/11.

The fact that the Jordanian government has now agreed to release Sajida Al-Rishawi shows how quickly memories fade. Many in Jordan now appear to value al-Kasasbeh’s life more than they wish to see al-Rishawi remain in prison. Her value is little more than symbolic these days anyway, given that Daesh emerged as the successor to al-Qaeda in Iraq.

Clearly Daesh has realised that there would be no chance of Jordan paying the kind of ransom demanded for the Japanese hostages it held at the time, one of whom appears to have since been killed. That’s why it put a prisoner exchange on the table instead. This scenario also gave Daesh a chance to play politics inside Jordan and do damage to the Syria-focused element of the coalition should Jordan be forced to withdraw.

But the proposed prisoner exchange failed to take place on January 29 as planned. This appears to be because Daesh did not provide proof that al-Kasasbeh is still alive.

Coalition airstrikes have had a significant effect on Daesh. Its momentum has largely been stunted and it has been forced to change tactics. The recent retaking of the city of Kobane by Kurdish and FSA fighters with significant aerial support from the coalition was clearly a real propaganda loss for Daesh leader Abu Bakar al-Baghdadi’s so-called caliphate.

The upsurge in pressure applied by Daesh as it paraded its Japanese hostages looks like a classic effort to take hold of the news agenda, while the attempt to use the Jordanian pilot is clearly designed to endanger the unity of the coalition and humiliate the Jordanian government. If successful, this would strike a symbolic blow in the fight against the aerial campaign against which Daesh is otherwise powerless.

But that’s only if it is successful. As much as it reveals about Daesh tactics, this situation also gives us a glimpse into the high-wire act which is always being performed by the Hashemite dynasty in Jordan.

The decision by King Abdullah II to join in the coalition airstrikes was not especially popular in Jordan but makes sense strategically for the Hashemite Kingdom. Joining with the Gulf States and the US, who are Jordan’s main financial supporters, is entirely logical. Any argument that Daesh does not pose a threat to Jordan is also clearly false. The group has tried to cross the border into the country several times but has so far been successfully repelled.

The family and wider tribe of al-Kasasbeh have called for the government to go ahead with the prisoner exchange. The pilot’s father, an important tribal elder, was even quoted as saying that: “the safety of Moaz [al-Kasasbeh] means the stability of Jordan and the death of Moaz means chaos in Jordan”. His worrying, but rather over-exaggerated, suggestion appears to have stirred the Jordanian government to agree to the potential exchange.

The tribes, which are regularly seen as being the backbone of Hashemite support, have also at times in the past represented the greatest threat. That said though, it would be naive to think that Daesh would be able to manipulate Jordanian tribal politics quite so easily. The tribes may be feisty at times but they understand how the game of internal power in Jordan functions.

These recent events serve to remind us both of the continuing volatility of politics in Jordan and the political and propaganda acumen that Daesh has developed. Despite this though, they also remind us of the group’s ultimate Achilles’ heel. Its reliance on the use of extreme violence is a visible sign of its inability to garner any kind of widespread legitimacy, especially in the face of the continuing power of tribal politics in parts of the Middle East. One must of course remember that Daesh’s predecessor movement came unstuck by misreading Iraqi tribal dyanmics.

Clearly, the Hashemites are far more accustomed to the high-wire act than Daesh. Now that the prisoner exchange has failed, Jordan has reportedly threatened to fast-track the execution of Daesh prisoners held in its own jails if al-Kasasbeh is harmed. This has the appearance of the Hashemites taking the upper hand, it seems their hard-earned experience of the game of Middle Eastern politics has come to the fore once more, leaving Daesh to puzzle over its next move.

This article was originally published on The Conversation.
Read the original article.