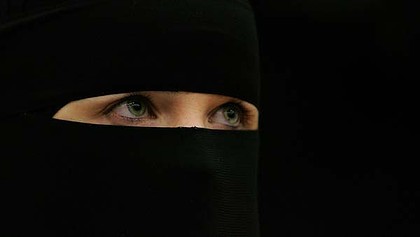 Europe has gone backward when it comes to religious equality, for in Europe, some religions are more equal than others.

Religious intolerance is a daily reality in Europe. Mainly targeted at Muslims, attacks on religious pluralism focus on refusing to share public space with non-majority religions or only tolerating practices seen as “secular”. The key voices of intolerance are neither marginal nor can they be dismissed as old-style far-right activists. They are today often heads of government, important ministers, or powerful politicians.

Their words express an emerging refrain of official xenophobia. Successive recent salvos by French president Nicolas Sarkozy and German chancellor Angela Merkel on the failure of multiculturalism in countries where that policy has never been promoted, and British Prime Minister David Cameron’s February speech associating multiculturalism with Islamic terrorism are among the latest examples.

The desire to make Islam invisible has resulted not just in stigmatising speeches, but also in new laws, On November 29, 2009, 57.5 per cent of Swiss citizens voting in a popular referendum agreed to forbid the building of new minarets in their country. This appears part of a broad European trend. After the 2004 ban of the veil in France’s public schools as an ostentatious religious symbol, a new law came into force on April 11, 2011 that bans the wearing of the face veil (niqab or burqa) in “public places” throughout France — defined as everywhere except one’s home, car, workplace or mosque. A recent study published by the Open Society Foundation found that less than 2000 women wear the face veil in France. Many have already suffered insults and sometimes physical harassment. The new law will encourage only more abuse. Yet Christian religious processions that require face-covering hoods are still allowed.

We need to better understand the dynamics behind these controversies and new laws banning symbols of religious expression. And we must ask whether there is adequate protection of religious pluralism and confessional neutrality in Europe’s public space. The far right in Europe has occupied public space to aggressively assert their culture against Muslim practices. Pointedly insulting anti-Muslim actions are increasing. In Italy, the right wing Northern League party organises processions of pigs on the sites where mosques are to be erected. In France, open-air “salami and wine” events, focusing on Islamic strictures against pork and alcohol, have been organized by an anti-Muslim movement that claims to be secular. This focus on food and wine shows that fear of threats to cultural identity in the face of globalisation is at the core of the “new right”, as sociologist Mabel Berezin has argued in her recent book Illiberal Politics in Neoliberal Times.

Religious expression is again becoming a marker of national cultural identity, and the xenophobic discourse that surrounds Islam seems to have broad appeal. The current generation of far right leaders (among them Heinz-Christian Strache in Austria, Geert Wilders in the Netherlands, Marine Le Pen in France, and Oskar Freysinger in Switzerland) wear new garb. They are younger and claim to be progressive while subverting the symbols and the struggles of the 1960s revolutions. Some profess to be feminist, pro-gay rights, and for public expression, and all are choosing Islam rather than Judaism as a target.

Mainstream parties are divided on these issues and how to respond to these movements. After decades of local and national attempts at accommodation to resolve practical issues such as space in cemeteries for Muslims and the organisation of Muslim representative bodies, governments in Europe seem to going with and enabling the flow of intolerance by banning and stigmatising Islamic practice.

How can minority religions be protected in public space in this context? Historically, “toleration” of minority religions by the majority is associated with the Enlightenment (17th-18th centuries) and the beginnings of contemporary human rights. European constitutions today also echo 19th century struggles to further secularism on the continent (although not in the empires). Yet, the legacies of these hard-won and sometimes bloody battles are not as deeply rooted as one might think. In liberal democracies, the fundamental rights of minorities tend to be protected from majority abuse by domestic constitutions as well as international covenants such as the European Convention for the Protection of Human Rights and Fundamental Freedoms.

But the jurisprudence of the court that safeguards this convention shows that not all religions are treated equally. In the recent high-profile case, Lautsi vs. Italy, the Grand Chamber of European Court of Human Rights ruled in March 2011 that the presence of crucifixes in Italian primary schools does not violate the right of freedom of conscience of non-Christians. It was a success for the Italian government and 19 other governments that had urged the court to respect the national identities and dominant religious traditions of each of the 47 member states party to the convention. Minority religions have yet to win a case involving freedom of religious expression before the European Court of Human Rights. And the court of European public opinion appears to be growing ever less tolerant. The possibility of equality among religions in Europe is still an open question.