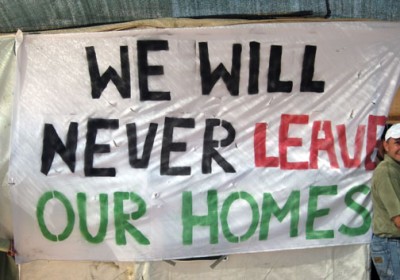 Munther Fahmi is known as the “bookseller of Jerusalem”. Among his customers are to be found Tony Blair, Kofi Annan, Jimmy Carter and Hollywood actress Uma Thurman.

In a city riven by political and social tensions, Mr Fahmi’s bookshop has provided an oasis of dialogue between Palestinians and Israelis, with well-known writers and scholars from both sides of the divide regularly invited to give readings and talk about their work.

But despite his high-profile connections, Mr Fahmi’s days in the city of his birth look to be numbered.

Israeli officials have told him that, after 16 years running his bookshop in the grounds of East Jerusalem’s landmark 19th-century hotel the American Colony, he is no longer welcome in either Israel or Jerusalem.

Two months ago he exhausted his legal options when Israel’s high court refused to overturn the deportation order. His only hope now rests with a governmental committee to which he has appealed on humanitarian grounds.

Mr Fahmi, 57, is far from optimistic. “My lawyer tells me applications from Palestinians are almost never accepted.”

The holder of an American passport for many years, Mr Fahmi said he was staying on a tourist visa that expired on April 3. “If the committee rejects my case, I will be sent packing on a plane at very short notice.”

Mr Fahmi is one of thousands of Palestinians who over the past four decades have fallen foul of an Israeli policy stripping them of their right to live in Jerusalem, said Dalia Kerstein, director of Hamoked, an Israeli human rights group.

Although Israel annexed East Jerusalem in 1967, in violation of international law, most of its Palestinian population received only Israeli residency permits, not citizenship.

According to Israeli figures, more than 13,000 Palestinians — from a current population of 260,000 in East Jerusalem — have had their residency revoked since then.

Ms Kerstein said the number of revocations had risen sharply in recent years, with more than 4,500 Palestinians losing residency in 2008 alone, the last year for which complete figures are available.

Israeli law stipulates that Palestinians in Jerusalem can be stripped of residency if they spent at least seven years abroad — defined as including the occupied Palestinian territories of the West Bank and Gaza — or acquired a foreign passport.

Since a test case in 1988, the Israeli courts have backed revocations in cases where the authorities claim Palestinians have transferred their “centre of life” elsewhere.

“There is clearly a policy to push Palestinians out of Jerusalem and Israel to reduce what is called here the ‘Palestinian demographic threat’,” said Ms Kerstein. “It’s really a case of ethnic cleansing.”

Last week Hamoked and another human rights group, the Association of Civil Rights in Israel (Acri), petitoned Israel’s supreme court to overturn the policy, arguing that it contravenes international law.

Oded Feller, a lawyer for Acri, said Palestinians in East Jerusalem were effectively “prisoners”, punished by Israel if they took part in a more globalised world.

“The problem for people like Munther is that the Israeli government and the courts treat them as though they are immigrants, ignoring the fact as the city’s native residents they have an inalienable right to live here,” Ms Kerstein said.

Like most other Palestinians in East Jerusalem, Mr Fahmi’s family declined Israeli citizenship in 1967. “We are Palestinians and Israel is occupying us. Why would we take citizenship and give a stamp of legitimacy to our occupation?”

But that decision left him and other Palestinians in Jerusalem in a precarious position.

Mr Fahmi’s residency was revoked — without his knowledge — during a long period spent in the United States, starting in 1975 when he left to study. He gained his American passport after marrying there and raising a family.

He decided to settle back in Jerusalem in 1995, after the signing of the Oslo accords. “I had seen Yasser Arafat [the Palestinian leader] and Yitzhak Rabin [Israel’s prime minister] shake hands in front of the White House. Naively, I thought it heralded a new era of reconciliation.”

For the last 16 years, he has been forced to exit and enter the country every few months on a tourist visa.

But Mr Fahmi learnt the full significance of his loss of residency 18 months ago, when interior ministry officials told him that, according to a new policy, he would no longer be automatically issued tourist visas.

Now, he has been told, he can spend only three months a year in Israel, including Jerusalem. In his appeal to the humanitarian committee, he has said he needs to be in Jerusalem to care for his 76-year-old mother.

“Is there any other country where the native population is treated like this in its homeland?” he said.

The policy to withhold tourist visas to Palestinians with foreign passports has been only patchily implemented, said Ms Kerstein, following objections from US and European embassies.

Mr Fahmi appeared a surprising choice for enforcement, given his influential supporters. A petition has attracted more than 2,000 signatures, including those of the British novelist Ian McEwan, who won this year’s Jerusalem Prize for literature, the historian Eric Hobsbawn, and Simon Sebag Montefiore, whose book Jerusalem: The Biography has been a bestseller.

Mr Fahmi hopes backing from many Israelis and diaspora Jews, including Israel’s two most famous novelists, Amos Oz and David Grossman, may forestall his expulsion.

“I hope the authorities will take note that many of my supporters are people who describe themselves as friends of Israel,” he said.

A formula devised by an Israeli government committee in 1973 fixed the percentage ratio of Israeli Jews to Palestinians in the city at 73 to 27. Despite an aggressive policy of settling Jews in East Jerusalem, higher birth rates among Palestinians have seen their proportion swell to just over a third of the city’s total population.

“There isn’t a family I know in East Jerusalem that doesn’t have someone affected by this revocation policy,” said Prof Khalidi. “It’s systematic.”

Last year Israel appeared to be expanding the policy when it revoked the residency of four Hamas members of the Palestinian legislative council who live in East Jerusalem.

Earlier this year it also banned from Jerusalem Adnan Gheith, a prominent Palestinian political activist who has opposed a Jewish settlement drive in his Silwan neighbourhood of East Jerusalem. He was told to keep out of the city for four months.

Reports in the Israeli media suggest that Israel’s security services have drawn up a list of several hundred activists in Jerusalem who they want issued with expulsion orders.

In an indication of the fear among Palestinians in East Jerusalem that their residency rights are under threat, Israeli officials have noted a marked increase in Palestinians applying for Israeli citizenship over the past five years.

Figures this year from the Israeli interior ministry revealed that about 13,000 Jerusalem Palestinians, or 5 per cent of the population, are now Israeli citizens.