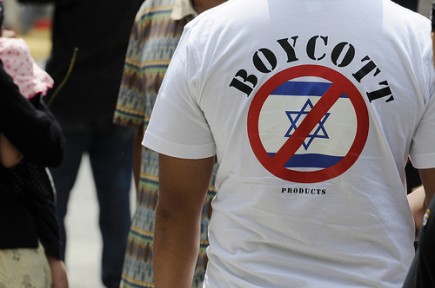 A Sydney council’s decision to boycott Israel has been raised in the upper echelons of Australian diplomacy.

The Greens-controlled Marrickville Council voted in December to join a global boycott of all Israeli products and services in protest of its treatment of Palestinians.

Senior Department of Foreign Affairs and Trade official David Stuart said Israel’s ambassador to Australia had raised the issue with him during a meeting several weeks ago.

“He presented me with some arguments that this was against for example WTO/GATT obligations,” Mr Stuart, referring to trade agreements, told a Senate estimates hearing on Thursday.

“I think he understood it had no endorsement whatsoever by the Australian government.”

DFAT Secretary Dennis Richardson said he was concerned a local council was trying its hand at foreign affairs.

The decision made by the council is