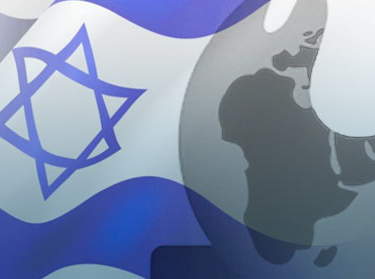 Israel deliberately maintained the economy of the Gaza strip “on the brink of collapse” without “pushing it over the edge,” a leaked US diplomatic cable from 2008 showed Wednesday.

According to a cable from the US embassy in Tel Aviv dated November 3, 2008 — obtained by WikiLeaks and posted online by Norwegian daily Aftenposten — Israeli officials told US diplomats of their intention to strangle the economy of Gaza.

“As part of their overall embargo plan against Gaza, Israeli officials have confirmed … on multiple occasions that they intend to keep the Gazan economy on the brink of collapse without quite pushing it over the edge,” the secret cable, posted online in its original version, read.

Israel first imposed a blockade on the Gaza Strip in June 2006 after militants there kidnapped Israeli soldier Gilad Shalit, and tightened it a year later when Hamas seized power in the territory of 1.5 million people, ousting its moderate rivals.

Israel says its limits on exports from Gaza are justified by several incidents in which Palestinian militants have concealed themselves or their weapons in crates being moved into Israeli territory.

Wednesday’s cable said “Israeli officials have confirmed to Embassy officials on multiple occasions that they intend to keep the Gazan economy functioning at the lowest level possible consistent with avoiding a humanitarian crisis.”

The unemployment rate in Gaza stood at 35 per cent last year, one of the highest in the world.

Following the May 31, 2010 Israeli commando raid on a Gaza-bound aid flotilla, in which nine Turkish activists were killed, international pressure has forced Israel to ease its blockade and allow in all purely civilian goods.

Israel continues to restrict what it says are “dual-use” goods which can be used for both military and civilian means, and only allows in limited amounts of building materials for projects run by international organisations.

Aftenposten said last month it had obtained all the diplomatic documents leaked to WikiLeaks and that it would publish stories based on them independently of the whistleblowing website’s own releases.

WikiLeaks has so far only made public around 2,000 of the some 250,000 cables in its possession, in cooperation with publications El Pais, The Guardian, The New York Times, Le Monde and Der Spiegel.