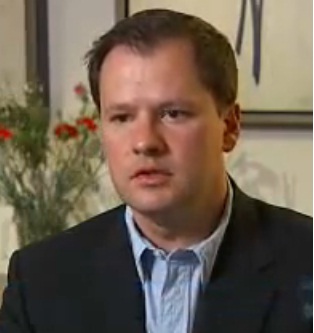 Before union boss turned western Sydney MP Ed Husic takes his seat in the 43rd parliament of Australia, history will be made.

Mr Husic, the son of Yugoslavian migrants, is the first Muslim elected to federal parliament and will today become the first MP sworn in by the Chief Justice of the High Court with his hand on a copy of the Koran.

The Blacktown-based former national president of the Communications Electrical and Plumbing Union arrived in Canberra yesterday carrying with him the Koran of his proud migrant parents who will watch on from the public gallery as he takes his oath.

While downplaying his religion and the significance of his contribution to Australian political history, the MP for Chifley said “getting elected to parliament, full stop, is an enormous privilege”.

But Mr Husic conceded others might well see his oath as a significant moment for Muslim Australians.

“Given my background, there are some people taking a small slice of pride or happiness.”

The swearing-in of MPs at the commencement of a new parliament is an occasion of great ceremony, and the newly elected member for Kooyong, Josh Frydenberg, will also bring with him a Jewish Bible of great sentimentality.

The Hawthorn-based lawyer will today be sworn in on the same Bible his friend and mentor Zelman Cowen used in 1977 when he was sworn in as governor-general.

The ornate book, printed in Israel in 1971, is made from the plates of the London Edition of the 1881 Jewish Family Bible.

“To have Sir Zelman loan me this Bible and the symbolism for me of having such a distinguished person and friend sitting on my shoulder as I take the oath is significant,” Mr Frydenberg said yesterday.

“He has been a very special friend, mentor and guide and he is somebody I have a deep and abiding respect for as a person of high integrity, personal courage and a lifelong commitment to public service.”

Mr Burke, who will be sworn in for the third time, will today make his oath using the Bible of his great-grandfather, which dates back to the 1800s.