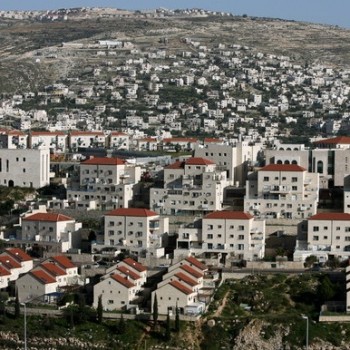 Organisations raising funds to benefit the Israeli army and illegal settlements in the West Bank enjoy tax-exempt status in Europe, an IPS investigation has shown.

The Sar-El Foundation is one of several groups working in the Netherlands dedicated to supporting the Israel Defence Forces. It organises regular visits to Israel, where Dutch volunteers spend three-week periods training with the IDF.

Max Arpels Lezer, the foundation’s Amsterdam-based chairman, said that he tries to encourage volunteers to work in Israeli hospitals but if “that is not possible they can do civilian work on military bases.”

He has previously stated that while the volunteers do not become soldiers, “they help in the battle against the Palestinians.” But he would not comment when asked why he wishes to assist the Israeli army, given that a United Nations inquiry led by retired South African judge Richard Goldstone found that its troops committed war crimes during a three-week offensive against Gaza in 2008-2009.

“I don’t wish to answer the question,” he said. “We don’t talk about politics. Our organisation is a non-political organisation.”

Under Dutch law, foundations such as Sar-El are exempt from tax, and individuals giving money to them can deduct the donations from their income tax.

A similar group Collectieve Israël Action (Collective Action Israel) collects about eight million euros (11 million dollars) per year, according to its website. Among the projects it assists are training for Israeli soldiers, particularly on the applications of advanced technology. The CIA’s board of advisers includes Doron Livnat, director of Riwal, a supplier of cranes used in the construction of the massive wall that Israel has built in the West Bank. That wall was found to be illegal in a 2004 opinion issued by the International Court of Justice in The Hague.

The Nachamoe Foundation, meanwhile, raises money for the upkeep of Israeli families. The foundation has admitted that some of the families live on Israeli settlements between Jerusalem and Bethlehem.These settlements violate international law; the 1949 Fourth Geneva Convention forbids an occupying power from transferring part of its own civilian population into the land it is occupying.

Some groups in the Netherlands have categorised support for the IDF as “humanitarian aid”. Visie voor Israël (Vision for Israel) encourages its sympathisers to give donations that will be used to buy gifts such as backpacks for Israeli soldiers. A newsletter from the organisation says that the quantity of gifts provided has increased substantially since the Israeli army’s offensive against Gaza over the past two years.

Shuva is one of several Christian Zionist organisations working in the Netherlands viewing the foundation of Israel and the occupation of the West Bank and Gaza as the fulfilment of a Biblical prophecy. According to one of its 2009 newsletters, it has financed a school in Nofei Nechemia, an extension (frequently termed an “illegal outpost” by Israeli newspapers) of the Israeli settlement of Ariel the West Bank. Shuva has stated too that it helps hundreds of settlers establish themselves in four Israeli communities in the West Bank every year.

A spokesman for the Dutch inland revenue service said that the country’s tax rules do not contain any clauses relating to breaches of international law. He said that Dutch legislation allows non-profit organisations to apply for tax exemptions based on their stated goals. “At any given moment, the Dutch tax authorities may decide to revoke this favoured status” after examining the activities of those benefiting from it, he added. But the spokesman said he was unable to speak about the status enjoyed by any particular organisation.

Ghada Zeidan from United Civilians for Peace, a Palestinian solidarity group in the Netherlands, said it is “very difficult” to convince the authorities that they should take action against fundraising by pro-Israel organisations. “The problem is that there is a kind of culture of acceptance of it,” she added.

Earlier this year a campaign was launched in Britain to have the Jewish National Fund (JNF) stripped of its status as a charity. While the JNF presents itself as an ecologically minded body that plants trees in Israel, it has actively supported violence against Palestinians for many decades. One of its leading figures Yosef Weitz explicitly advocated in 1940 — eight years before the state of Israel was founded — that Palestinians should be forced out of Palestine. More recently, the JNF has concentrated much of its energies on settling Jews in the Negev, a process that has involved the uprooting of indigenous Bedouins, often by the destruction of their homes.

The latest accounts made public by the JNF in London say that its total income for 2008 amounted to 7.7 million pounds (12.2 million dollars). Another priority for the fund has been to help the Benji Hillman Foundation; set up in memory of a soldier killed when Israel attacked Lebanon in 2006, it offers accommodation to young people who travel from abroad to join the Israeli army.

A spokesman for the British revenue authority said he could not say if any investigations have been undertaken into the JNF’s activities.

The International Solidarity Movement (ISM) — one of the organisations monitoring the JNF’s work — is seeking a probe into whether fundraisers for foreign armies can be considered charities under British law. Matthew Richardson, an ISM activist, noted that the JNF has powerful allies — David Cameron, the British Prime Minister — has agreed to be one of its patrons; so too did his predecessors Gordon Brown and Tony Blair. Richardson added: “The JNF is very embedded within the (pro-Israel) lobby and the political elite as a whole.”