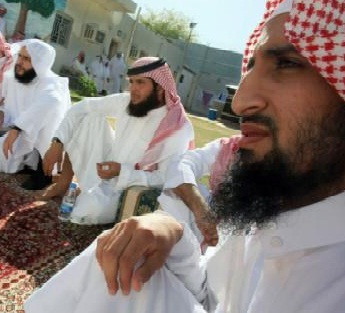 Saudi Arabia is set to train mosque imams and preachers to resist extremist ideologies in a new government-run program.

The program, which begins this week and will include 20 simultaneous sessions in the capital city of Riyadh and its surrounding provinces, is run by the kingdom’s Ministry of Islamic Affairs.

The title of the opening session is ‘The Friday sermon and its importance in implementing moderation and intellectual security.”

“We are bringing in the most senior scholars in Saudi Arabia to give this training,” Ahmad Fouad of the Ministry of Islamic Affairs told The Media Line. “Twenty lectures will be delivered in and around Riyadh.”

Over the past eight years the Ministry for Islamic Affairs has been implementing educational programs for mosque personnel, including preachers, imams and muezzins (those who sing the call to prayer), stressing “the importance of citizenship and intellectual security,” the Arab daily A-Sharq Al-Awsat reported.

Prof. Gared Nonneman, an expert on Saudi affairs at the Center for Gulf Studies in the University of Exeter, said that the Saudis have been successful in reducing the level of extremism in the kingdom through a variety of programs initiated by King Abdullah.

“This program fits into a larger pattern in Saudi Arabia,” he told The Media Line. “From 2004-2005 the Saudis have launched a very effective campaign against extremism.”

Nonneman said that since coming to power in 2005, King Abdullah has launched a national dialogue project meant to unite society around the idea of Islamic tolerance. He has also promoted the idea of inter-religious dialogue, stemming from his belief that such dialogue does not contradict the fundamentals of Wahhabism, a conservative strand of Sunni Islam which dominates Saudi Arabia.

Nonneman noted another program initiated by King Abduallah indented to reintegrate Saudi Jihadis into society by having them meet and discuss religious issues with moderate Muslim scholars within the Wahabbi tradition. The program is held in collaboration with the Islamists’ families and includes financial incentives to participate.

“Only when terror attacks started to occur within Saudi Arabia did the Saudis realize that there was a problem,” Nonneman said. “Now they are trying to better control the religious establishment.”

“The purpose of the new program is to make sure that the progress which has been made over the past few years does not get de-railed by this or that Imam mouthing off in a mosque or a website,” Nonneman said.

Khaled Al-Ma’eena, the editor of the Saudi-based daily Arab News, was optimistic about the new initiative to re-educate clerics.

“This program indicates a great transformation in the Ministry of Islamic Affairs,” he told The Media Line. “It is meant to cause Imams to soften their tone since over the past 30 years their tone has become harsh.”

“I believe in dialogue from within before we do dialogue without,” he added. “Now finally there are alternative voices to the extremist ones we were used to hearing.”

“Since 9/11 we in Saudi Arabia have become the object of ridicule and contempt among Muslims,” Al-Ma’eena added. “The prophet never cursed anyone, so why should we curse people?”