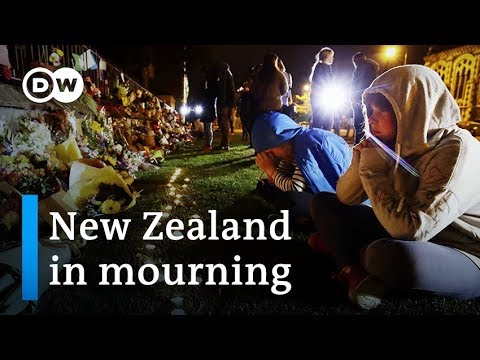 The anti-Muslim attacks on the tiny island nation of New Zealand caught the local population by surprise.

“This is something that is completely out of the blue,” said Chelsea Daniels of Newstalk BZ, a radio station based in Auckland.

“We hear of these kinds of extremists over the ditch in Australia, popping up now and again. But we’ve experienced really nothing like this here in New Zealand, which is why people are so shocked,” she told VOA in a phone interview.

She said overseas events may have sparked the desire of the suspect — identified in news reports as Brenton Tarrant from Grafton, New South Wales, Australia — to mount this attack, “but he has acted alone in planning this.”

Christchurch, where the attacks occurred, has a small Muslim community of about 1,000 people. Overall, Muslims make up roughly 1 percent of New Zealand’s population of 5 million.

“I was at work when I learned about the shootings,” said Mohammed Basharati, a Kurdish Muslim from Iran who lives in Christchurch. “I immediately thought it was an act of Islamic extremists, because you would never expect these types of hate crimes to happen in New Zealand.”

Barashati added that since moving to New Zealand nearly two decades ago, he has not “experienced any kind of discrimination” because of his religion.

“We condemn violence and hatred of any sort and join the rest of New Zealand in deep sorrow for those affected by these awful events,” New Zealand’s Human Rights Commission said in a statement following the attacks.

“We stand beside Christchurch and Muslim New Zealanders in peace, solidarity and humanity,” the statement added.

“There is no place for hate in New Zealand. We urge Kiwis to stand together in unity,” the commission said, adding that “New Zealand is one of the most ethnically diverse countries in the world and we welcome those of all religions and backgrounds.”

Ramazan Boztash, whose 20-year-old son Mustafa was at Al Noor Mosque, spoke to VOA by phone while his son was awaiting surgery for a bullet that penetrated his right hamstring and spleen. Mustafa’s condition was not critical, so doctors were caring for more seriously wounded people first.

“New Zealand is a secure country,” Boztash said. “We have never seen such an incident taking place here before.”

Boztash, who is Turkish, said an attacker like the shooter on Friday is rare in his adopted country. “Occasionally you see bad souls with racist intent here and there,” he conceded. But he said he believes the number is small.

“I have been here for 19 years,” he said. “A few people are trying to stain this country.”

Kalimullah, who uses only one name, is president of the Pakistan Association of Canterbury, New Zealand. He said members of the local Pakistani community are mobilizing to track down friends and family following the attacks.

“There are no official details issued from authorities. There are a few people missing so people are coming to hospitals to seek information regarding their friends and family,” he said.

But Kalimullah added that members of the community will not be rattled by the mosque attacks.

“They say they are determined,” he said, “and incidents like this cannot halt our daily life.”

In the United States, Muslims mourned the deaths of those killed in the attacks and expressed concerns about the rise of Islamophobia in the West.

In a suburb of Washington, the imam of the Dar-Al-Hijra mosque, Naeem Mohammad Baid, said that “what happened in Christchurch has impacted our community” and that the saddest part of the attack was that “someone would come in with such a hate” when people are praying.

He told VOA that Islamophobia was on the rise in our society, as well as xenophobia and anti-Semitism. “There are people who, for their own political reasons, are funding this kind of hate and violence,” he said.

The Turkish ambassador to the United States, Serdar Kilic, told VOA that the response from Western leaders to the attack had not been strong enough.

“First and foremost, leaders of Western countries should declare this as an attack committed by a white supremacist Christian. By no means does he represent the Christian faith, but this is his personality,” he said. Kilic added that just as every attack by Islamic State is described as “Islamic terror,” leaders in the West “should say that although [the attacker] doesn’t represent Christianity, this is what has happened.”

The president of Diyanet Center of America Mosque in Lanham, Md., Fatih Kanca, told VOA that “the current situation requires all Muslims to unite and fight against the perception that tries to show Islam and violence side by side.”

Kanca said the moment the attack in New Zealand took place, local police “contacted us to ask what they could do for us.” He said police officers attended prayers on Friday “to say that they are with us.”

Police Chief Hank Stawinski in Prince George’s County, Md., told those attending Friday prayers, “I was profoundly saddened last night when I heard of these events,” and he said he joined the mosque’s imam in “praying for peace.”