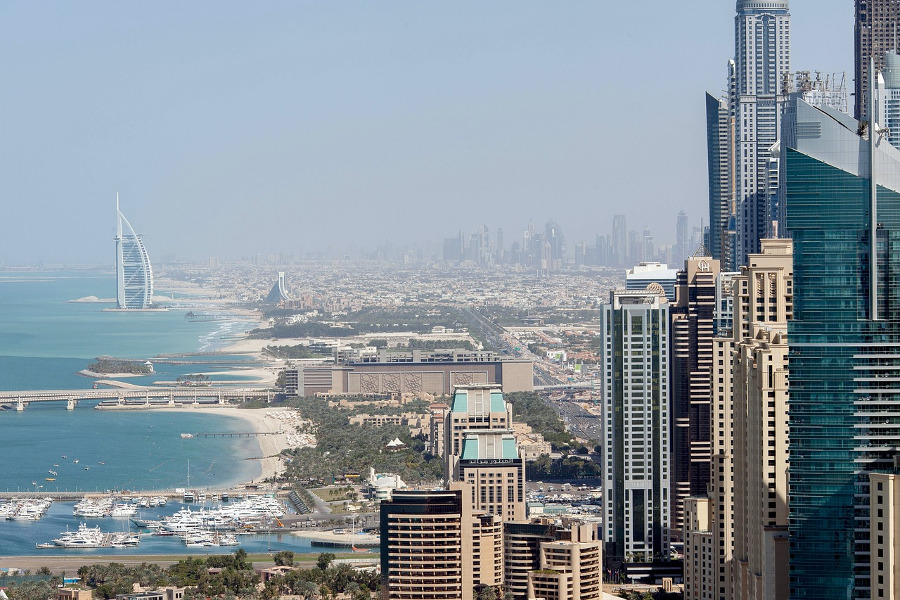 Falling oil output together with restrained government spending looks set to blight some key economies in the Middle East and North Africa (MENA) over the coming year, with Saudi Arabia, Kuwait and Oman expected to be particularly hard hit.

However, analysts say whether the economic slowdown results in more political instability across the region will depend on how governments choose to react.

“The region’s recovery is set to falter in 2019 and growth is likely to be weaker than most expect,” a recent report from London-based research firm Capital Economics found.

In Gulf states in particular, “tighter fiscal policy and oil output cuts will cause economic growth to weaken”, the report states.

Saudi Arabia will see its growth almost cut in half to 1.3 percent in 2019, down from 2.5 percent last year, said Capital Economics, as the firm acknowledged that its forecast is well below what most other analysts predict.

He said economic output in the region can be broadly categorised into two sectors: oil and non-oil. “If oil production declines then oil GDP growth will be negative,” he explained.

The growth of the oil sector is a combination of the number of barrels produced and the price received per barrel.

Historically, OPEC production cuts have led to increases in the price of crude oil. However, that is unlikely to happen this year as shale-oil producers in North America are increasing their output, thereby reducing the chance of a price rally – a sustained period of price increases.

The price for a barrel of Brent crude, which is the European benchmark price, averaged $71.34 last year, according to data website Macrotrends. That’s far above IIF’s 2019 oil price forecast of $65.

Put another way, falling production along with falling prices means the energy sector will get slammed.

The energy sector plays a major role across much of the Middle East, especially in Saudi Arabia, which is the region’s second-biggest economy after Turkey.

“The petroleum sector accounts for roughly 87 percent of budget revenues, 42 percent of GDP, and 90 percent of export earnings” for Saudi Arabia, the CIA World Factbook states.

However, Iradian said that “Saudi oil production growth will be zero this year” – and that means that the country’s entire growth will need to come from the non-oil sector.

The Saudi government will not likely be able to spend its way to faster growth this year. The country’s announced budget suggests it is planning generous spending, but that looks to be based on dodgy assumptions, Capital Economics said.

“The budget seemed to be based on an optimistic forecast for oil to average $80 [per barrel],” states the firm’s report, which predicted a return to austerity in the latter half of the year as the Saudi government tries to balance its books.

In other words, the Saudi state will likely have to slash government spending even as the oil economy slows.

Similar problems will hit Bahrain and Oman, both of which are heavily dependent on oil. Their economies will get hit further by government-imposed austerity, Capital Economics said.

Elsewhere in the region, Iran’s economy will likely continue suffering the effects of US sanctions, which came into effect last November.

Iradian said the country will likely fall into a recession this year.

Turkey’s economy is in recession and still reeling from last year’s currency collapse.

That happened as investors took flight with their money because they no longer had confidence in the country’s policies. Periodic clashes between the country’s President Recep Tayyip Erdogan and US President Donald Trump add to investor anxiety.

UAE economy to be top in the Gulf

However, despite the slowdown in several countries in the region, others are set to see even faster growth.

Capital Economics predicted that Egypt’s economy would accelerate to 5.8 percent this year from 5.5 percent last year. “Economic growth in Egypt should strengthen over the next couple of years, supported by easing fiscal austerity, falling inflation and looser monetary policy,” states the Capital Economics report.

Likewise, the United Arab Emirates should see growth of 3.5 percent, up from 3 percent in 2018. “The UAE’s economy is likely to be the best performer in the Gulf, helped by preparations for the 2020 World Expo,” the report found.

Nevertheless, the bulk of the region will be mired in a substantial slowdown, but whether that will lead to political trouble is uncertain.

“Everyone is famously rubbish at forecasting revolutions before they occur,” said David Roberts a professor of defence studies at King’s College London and an expert on the Middle East.

It’s also difficult to directly connect the dots between economics and political upheaval.

“The link between fiscal crisis and political crisis is not very clear,” said Marcus Chenevix, a Europe, Middle East and Africa analyst at TS Lombard in London.

What we know from history is that when food starts being unaffordable to numerous people, governments anywhere begin to have problems.

For instance, in 1989, the Tiananmen Square protests in China were prompted by a jump in the price of pork, a Chinese dietary staple. Likewise, in 2011 the “Arab Spring” uprisings were at least partly triggered by rising prices for wheat.

Similarly, an unprecedented protest movement calling for the ouster of Sudan’s longtime leader Omar al-Bashir was sparked after the government announced a rise in the cost of bread.

Those ongoing protests, which were first closely tied to anger over an increase in living costs and a dire economic situation across Sudan, have morphed into the biggest challenge to Bashir’s rule since he came to power in 1989.