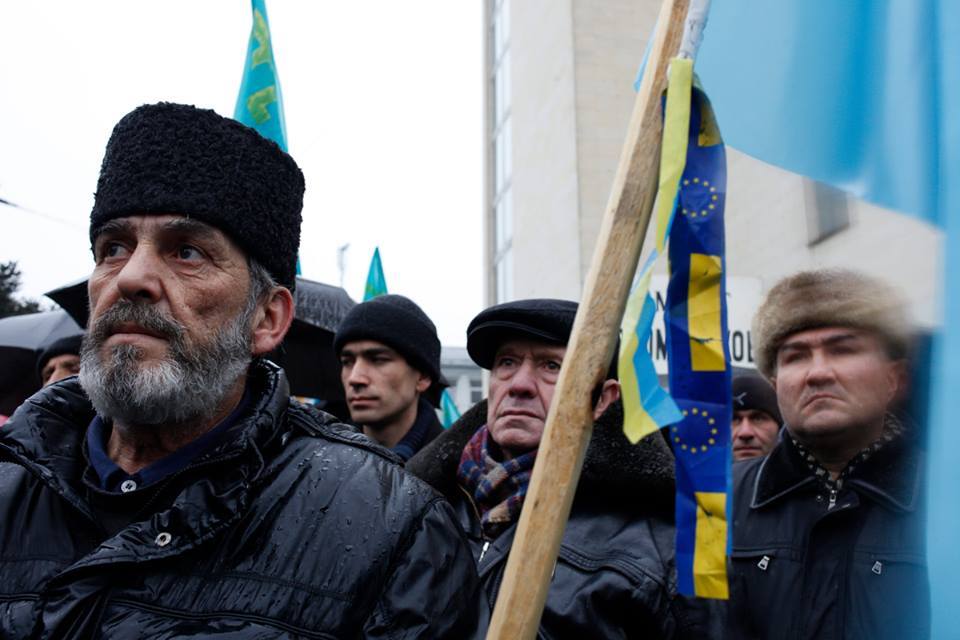 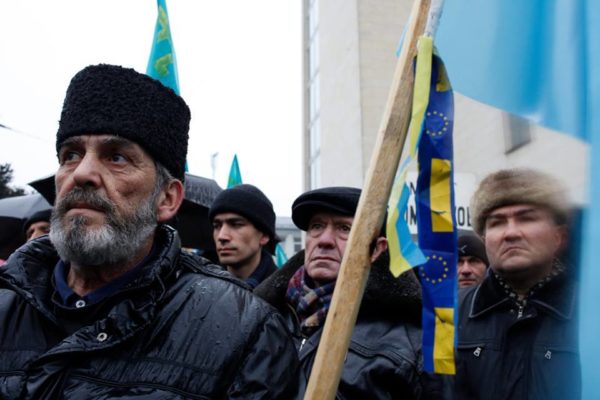 By: Wayne Jordash and Ashley Jordana

On the eve of this year’s presidential election, Vladimir Putin attended a rally in Sevastopol in Crimea. Though he appeared to the flag-waving crowd for less than a minute, the message was clear and triumphalist: this is the president of Russia, in a city that belongs to Russia, in a peninsula that is part of Russia.

For Crimean Tatars, a Muslim ethnic minority indigenous to the Crimean peninsula, history is not simply learnt from books – it is witnessed daily. The eldest of the Tatars can still remember the 1944 deportation of their population under Stalin, when over 200,000 Crimean Tatars were forcibly removed from their homeland and dispersed across the Soviet Union.

Now, children and grandchildren of the deported are defending their neighbourhoods from Russian soldiers who occupy their once-peaceful peninsula. There are constant reports of systematic house searches and unlawful detentions; a startling similarity to the prelude to deportation used over 70 years ago.

In February 2014, soldiers entered Crimea and took control of the Parliament and Government. The Parliaments of Crimea and Sevastopol then sought unification of the strategically placed Black Sea region with Russia through an illegal referendum. A month later, Russia and the so-called Republic of Crimea signed a “treaty of accession”, effectively annexing the peninsula to the Russian Federation.

Despite this illegality, there is no doubt that Russia is the “occupying power” in Crimea (see Paragraph 88 of the International Criminal Court’s 2017 Report on Preliminary Activities), placing Russia under very specific obligations to international humanitarian law.

Russia owes the Crimean Tatar people the duty of good governance. In violation of this obligation, Russia is persecuting an entire minority group through the persistent harassment of Tatar activists on the doorstep of the European Union, with no intervention from the international community.

Russia’s specific duties to the Tatars under international humanitarian law manifest themselves primarily in three ways – each of which have been blatantly ignored.

Firstly, the occupying power must, as far as possible, restore and ensure security and public life in the occupied territory. Since the occupation, Russian authorities have harassed and persecuted Tatar activists who voiced opposition to the occupation. They have closed Tatar media, sought to create alternative pro-Russian Crimean Tatar institutions to replace legitimate entities, and jailed or unlawfully detained Tatar activists, some of whom have disappeared.

Secondly, the occupying power must respect the laws in force in the occupied territory. Disregard for this obligation has been demonstrated directly against Tatar activists who have been subject to a wide range of unlawful sanctions. In September 2017, Akhtem Chiygoz, deputy chairman of the Mejlis (the Crimean Tatars’ elected representative body), was convicted of organising mass unrest and sentenced to eight years in prison in Simferopol, the capital of Russia-controlled Crimea, in what Amnesty International called a “sham trial”. Chiygoz, a leading voice against the annexation of Crimea, coordinated demonstrations prior to the 2014 referendum. Chiygoz’s lawyer said the conviction was unlawful as it violated several procedural norms and further, that Russian law should not have applied as Crimea was part of Ukraine at the time that the protest took place.

Thirdly, in line with the principle of continuity, no fundamental changes can be made to the administrative structures in occupied territories.

Although a representative body, in April 2016 the Russian Justice Ministry suspended the Mejlis, citing “extremist activities”. In September 2016, Russia’s Supreme Court upheld the ban, adding the Mejlis to a list of “extremist organisations”. A recent report by Freedom House said: “The court ruling against the Mejlis is an endorsement of the wholesale repression and persecution of indigenous people in Crimea”.

The approximately 280,000 Tatars who returned to Crimea since the collapse of the Soviet Union refuse to fall again under Moscow’s control. The alternative is for them to flee their homeland once more.

Putin will only be emboldened after his election victory, and in the wake of diplomatic expulsions from the west, will doubtless aim to stir up nationalist fervour – with Russian dominance in Crimea a key part of that.

The EU must consistently affirm its unwavering commitment to the foundational notions of international law and security pursuing impunity against the perpetrators so that Russia’s actions go not go unchallenged. If not addressed, this communicates the dangerous message to future aggressors that they can disregard international law without meaningful consequences. The EU’s non-recognition policy of the Russian annexation communicates its support to the Tatar people; however, it is grossly insufficient. Tatars deserve a strong voice, and protection for their rights.