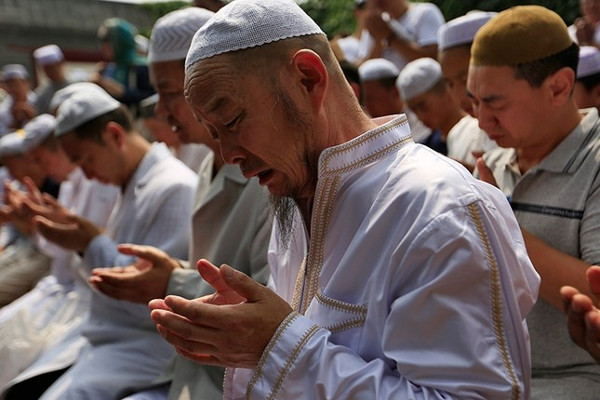 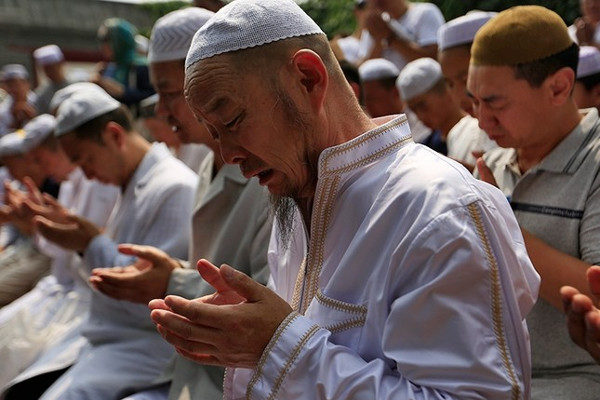 By: Adile Ablet and Alim Seytoff

Authorities are collecting DNA samples and other biometric data from all residents aged 12-65 of northwest China’s Xinjiang region, which is home to more than 11 million Muslim ethnic Uighurs, under the pretext of a free health care program, a leading human rights group said Wednesday.

In a statement, New York-based Human Rights Watch (HRW) said that the campaign also includes the collection of fingerprints, iris scans, and blood types, and expands a program already in place that only required passport applicants in Xinjiang to provide their biodata.

For all “focus personnel”—those authorities consider threatening to regime stability—and their family members, their biometrics must be taken regardless of age, HRW said.

While authorities are collecting biometrics in different ways, DNA and blood types are typically being taken through a free annual physical exams program called Physicals for All, the rights group said, adding that it was unclear whether participants are informed of authorities’ intention to gather, store, or use their data.

“Xinjiang authorities should rename their physical exams project ‘Privacy Violations for All,’ as informed consent and real choice does not seem to be part of these programs,” said Sophie Richardson, HRW’s China director.

“The mandatory databanking of a whole population’s biodata, including DNA, is a gross violation of international human rights norms, and it’s even more disturbing if it is done surreptitiously, under the guise of a free health care program.”

HRW said that details of the biometric scheme were detailed in an official document called “The [Xinjiang Uighur Autonomous] Region Working Guidelines on the Accurate Registration and Verification of Population,” published on the government website of the seat of Aksu (in Chinese, Akesu) prefecture, adding that a notice distributing it to lower-level offices was dated July 2, 2017.

According to state media reports, Xinjiang’s government authorized the Population Registration Program in February 2017, saying it would be carried out “in stages.” The program is meant for “scientific decision-making” that promotes poverty alleviation, better management, and “social stability.”

While official media reports say that participation in the Physicals for All should be voluntary, HRW cited one Uighur who took part in the 2016 program in Kashgar (Kashi) prefecture as saying his neighborhood watch committee “demanded” residents complete the physical, adding that not doing so would be seen as a sign of “thought problem”—shorthand for “political disloyalty.”

“In this context, compulsory biodata collection has particularly abusive potential, and hardly seems justifiable as a security measure.”

HRW said it discovered that a U.S.-based company, Thermo Fisher Scientific, had supplied the Xinjiang police force with some of the DNA sequencers it has used in its data collection, although the company has responded by saying it is “not possible for us to monitor the use or application of all products we manufactured.”

“Companies like Thermo Fisher Scientific that supply DNA sequencing and related equipment have a human rights responsibility to avoid contributing to governmental human rights violations,” HRW’s statement said Wednesday, calling on the company to investigate misuse of their products and suspend future sales or service in China pending their findings.

HRW also condemned the Chinese police’s searchable, nationwide DNA database, which it said contains more than 40 million entries from people, including dissidents and migrants, and allows authorities to not only search for an exact match, but also for those who are related family members, putting them at risk for discriminatory profiling.

“Chinese authorities seem to think they can achieve ‘social stability’ by placing people under a microscope, but these abusive programs are more likely to deepen hostility towards the government,” Richardson said.

“Beijing should immediately stop these programs, and destroy all data gathered without full, informed consent.”

Henryk Szadziewski, senior researcher at the Washington-based Uighur Human Rights Project (UHRP), told RFA’s Uighur Service that HRW’s report demonstrates the kind of surveillance that the Chinese government wants to implement in Xinjiang and the extent to which it will abuse people’s human rights to implement it.

“The alarming part is the possible deception under which these samples are being collected, and even if it isn’t proved that there’s deception, there’s certainly an environment in Xinjiang which is coercive,” he said.

“And as we saw with the Uighur cadres who are telling people to go to these physicals and then ultimately to submit these samples to this database—this is a very clear violation of privacy.”

Szadziewski also questioned what message the government is sending by implementing the surveillance campaign.

“If this is done in the name of security, then we have to be concerned—is everybody whose DNA has been collected now a suspect?” he questioned.

“So I think the state’s overreach here in terms of surveillance is another area where we have to be concerned and I think that the state here is implementing a program of control which is certainly contrary to any international norms that we see.”

“Firstly, China is not collecting such personal information from other ethnic groups or in other provinces,” he said.

“Secondly, China will use the collected information to specifically single out and target the Uighur population for further persecution in the name of so-called ‘stability maintenance’ and combating the ‘three evils’” of terrorism, separatism, and religious extremism in Xinjiang.

China regularly conducts “strike hard” campaigns in Xinjiang, including police raids on Uighur households, restrictions on Islamic practices, and curbs on the culture and language of the Uighur people, including videos and other material.

While China blames some Uighurs for “terrorist” attacks, experts outside China say Beijing has exaggerated the threat from the Uighurs and that repressive domestic policies are responsible for an upsurge in violence there that has left hundreds dead since 2009.

“No Uighur believes the Chinese authorities have good intentions in collecting this data from the long-suffering Uighur people [in Xinjiang],” Isa said.