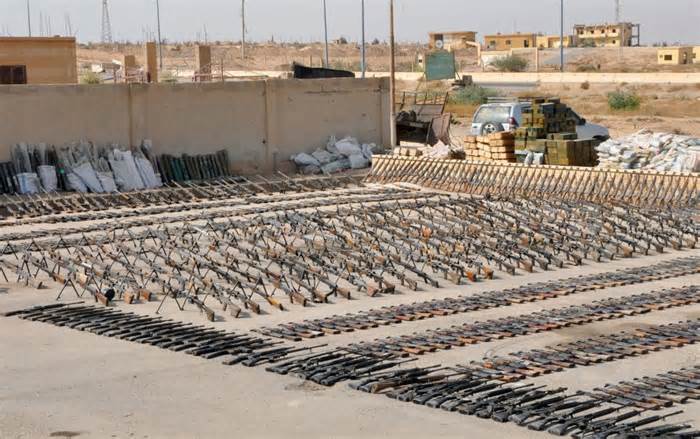 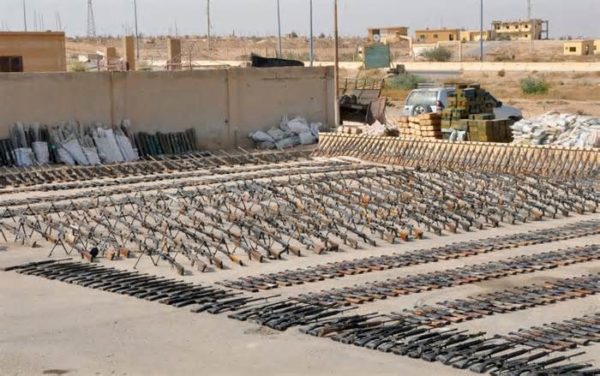 Weapons supplied by the United States and Saudi Arabia to opposition fighters often fell into the hands of ISIS, significantly enhancing the “quantity and quality” of the group’s armaments, a new report alleges.

The number of weapons goes “far beyond those that would have been available through battle capture alone”, according to the study by arms-monitoring group Conflict Armament Research (CAR) published on Thursday.

The Weapons of the Islamic State report was based on a three-year field investigation in Iraq and Syriainto the group’s arms and their origins.

It analysed more than 40,000 items found on the battlefield including weapons, ammunition, and materials used to make improvised explosive devices. Some wereacquired by ISIS through shifting alliances within the Syrian opposition.

The research said most weapons were looted from the Iraqi and Syrian armies, however, some were originally supplied by other nations involved in the conflict to Syrian opposition groups fighting against President Bashar al-Assad.

“Iraq and Syria have seen IS forces use large numbers of weapons, supplied by states such as Saudi Arabia and the United States, against the various international anti-IS coalitions that the two states support,” said CAR.

All of the items examined were made in EU countries and, in passing them onto armed groups in Syria, the US and Saudi broke contractual clauses prohibiting their retransfer.

“Evidence collected by CAR indicates that the United States has repeatedly diverted EU-manufactured weapons and ammunition to opposition forces in the Syrian conflict. IS forces rapidly gained custody of significant quantities of this materiel,” it said.

About 90 percent of weapons and ammunition used by the Islamic State of Iraq and the Levant (ISIS, also known as ISIS) originated in China, Russia, and Eastern Europe, with Russian-made weapons outnumbering those of any other country.

“These findings support widespread assumptions that the group initially captured much of its military material from Iraqi and Syrian government forces,” said the report.

This information is “a stark reminder of the contradictions inherent in supplying weapons into armed conflicts in which multiple competing and overlapping non-state armed groups operate”, said CAR.

The organisation reported last year that ISIS had been producing military-grade weapons in Iraq, and had standardised production across its self-styled caliphate.

On Saturday, Iraq declared an end to its war against ISIS having recaptured Rawa, one of the last remaining ISIS-held towns.

Russian President Vladimir Putin ordered his troops to start withdrawing from Syria in a visit to a Russian base in the country on Monday.

The Syrian civil war has raged for more than six years. Hopes of finding a diplomatic resolution to the conflict suffered another blow on Thursday after the failure of the latest round of UN-sponsored talks.