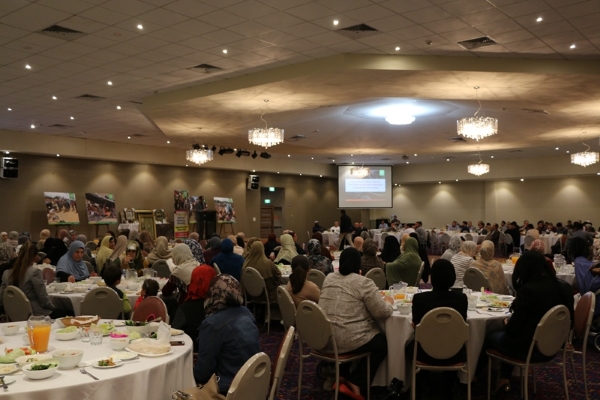 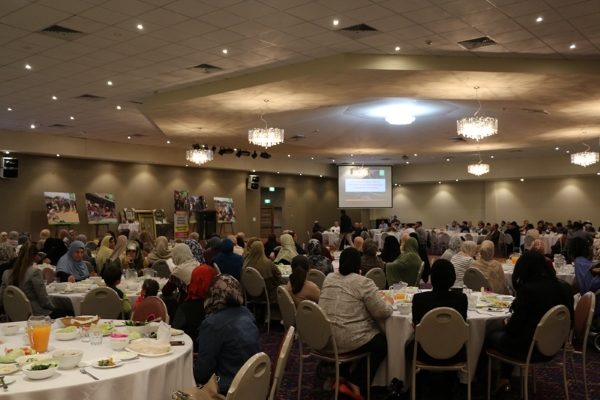 In an urgent response to the calls for help by Rohingya refugees who recently fled to the border of neighbouring Bangladesh as a result of the escalated violence and persecution, Human Appeal Australia (HAA) organised a series of fundraising dinners to help alleviate their suffering.

The night started with a moving Quran recitation by Rohingya youth Br.  Ibrahim Win. Afterwards, Sr. Safyeea Ali, a student of Social Science at WSU moved us with a powerful spoken word performance. Br Harun Harace gave an emotional speech about the Rohingyas’ current situation. Sheikh Shady Alsuleiman addressed the audience to stand together for such a noble cause of alleviating the suffering of our Rohingya brothers and sisters.

Br. Bashar Al-Jamal, Director of Human Appeal Australia, shared his field experience with refugees in Cox’s Bazar, Bangladesh.  He was there for over a week and described the situation as tragic.

Human Appeal also presented a 6 minutes video showing the latest trip footage of the team on the field delivering aid and reflecting on the unbearable situation of the refugees at the border of Bangladesh. The event concluded with the collection of $207,000 in donations to help the Rohingya refugees. Similar events were also held in Brisbane, Melbourne and Adelaide.

Alhamdulillah, Human Appeal has already instructed our field office in Bangladesh to distribute 4,500 families with food parcels this week, to build 112 water wells with sanitation facilities, and we are working in obtaining permission from the authorities to build tents for 500 families. Human Appeal Australia is also organizing, in the coming days, to mobilize medical clinics to serve the refugees’ medical needs. To make a donation towards the Rohingya crisis appeal or towards our other projects, please visit www.humanappeal.org.au or call 1300760155