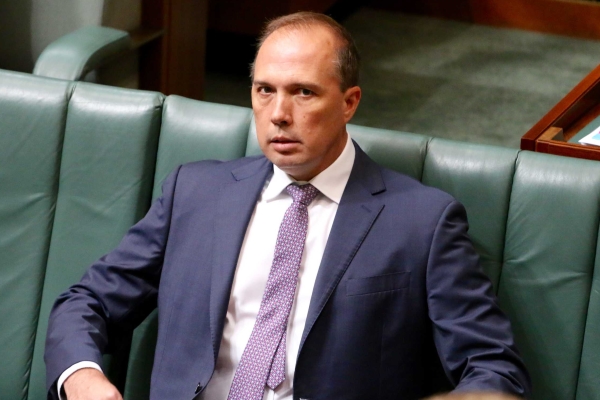 SYDNEY, Australia — The advice for Australian Muslims traveling overseas, in a booklet from a legal rights group, was straightforward: If anything on your phone could be construed as advocating violence, delete it.

When the immigration minister, Peter Dutton, learned about it — from The Australian, a newspaper that published an article on Tuesday headlined “Muslim tips to evade airport security” — he wrote to the Muslim Legal Network NSW, which published the booklet, demanding an explanation.

“In the current international climate, I am very concerned this guidance could be interpreted as advice to evade Border Force and conceal illegal activity,” Mr. Dutton wrote in the letter.

“I seek your urgent clarification on what purpose is served in providing this advice.”

Zaahir Edries, the president of the legal rights group, was taken aback — since the advice had originally come from Mr. Dutton’s own department.

A 2015 fact sheet for Australian hajj pilgrims on re-entering the country, from the Department of Immigration and Border Protection, includes the heading “Know what is on your electronic devices,” noting that it is illegal to bring in “material that advocates or praises acts of terrorism.”

“By keeping images like this on your electronic devices such as a hard drive, computer or mobile phone, even if someone has sent them to you, you may be committing an offense,” the fact sheet says.

Mr. Edries said his group had received similar advice in 2015 from representatives of the Border Force, which is under Mr. Dutton’s authority, in a training session. He said he was dismayed by Mr. Dutton’s letter Tuesday and by how the network’s guide, “Anti-Terrorism Laws: ASIO, the Police and You,” had been depicted in the news media. (A.S.I.O. stands for the Australian Security Intelligence Organization, a national security agency.)

“It was pretty upsetting for it be portrayed as anything other than an education piece, particularly because we used information provided by the government,” Mr. Edries said.

It was not the first time Mr. Dutton, a conservative, had offended Muslim communities. Last year, he caused an outcry after asserting that former Prime Minister Malcolm Fraser should not have allowed Lebanese Muslim migrants into Australia.

The 95-page booklet by the Muslim Legal Network NSW, released last week, is the most recent edition of its guide to Australia’s complex counterterrorism laws, originally published in 2004. Mr. Edries said lawyers and other experts had worked on the latest version for more than 18 months.

The edition has been updated to cover new laws related to citizenship and passports, mandatory metadata retention, and the extension of control orders — court-imposed restrictions on movements or communications — to children as young as 14. It also features a new section on secrecy provisions, preventive detention and police stop-and-search powers.

“It’s really difficult when we try to pick up information that is provided generally from the government and provide it in an easy to understand communiqué and then be put under suspicion,” Mr. Edries said.

Lesley Lynch, vice president of the NSW Council for Civil Liberties, called the reaction to the booklet “a heartbreakingly outrageous interpretation.” She said the legal network should have been praised for producing an easily understood guide to terrorism laws.

“A huge of number of people get picked up for having material that is entirely innocent,” she said. “It’s one those kinds of things the average person in whatever community is not going to be on top of. The serious terrorist would be researching this stuff anyhow.”