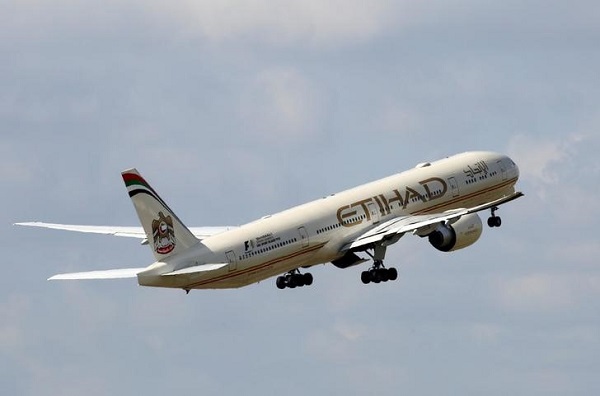 U.S. Homeland Security Secretary John Kelly will meet with European Commission officials in Brussels next week to discuss prohibiting passengers bound for America from carrying laptops and other electronic devices in airliner cabins.

Kelly on Friday talked with European commissioners Dimitris Avramopoulos and Violeta Bulc. Even though European airports and airlines are preparing for a ban, no action has been announced as officials continue their talks.

Avramopoulos told Kelly that the threat affects the EU and the U.S. in the same way and so the response should be made in common, according to a summary of the conversation provided by a European Commission official. Avramopoulos and Bulc wrote to Kelly earlier in the week to seek more collaboration.

The U.S. Homeland Security department didn’t immediately respond to requests for comment after the call.

Extending electronics restrictions — now in place for travel originating from eight countries in the Middle East and Africa — to Europe would disrupt one of the world’s busiest and most lucrative travel markets just before the peak summer tourism season. It could also prevent business passengers’ ability to work on their laptops on long-haul routes across the Atlantic.

Airline and travel-industry groups are quietly expressing concern about the plan under consideration by U.S. security authorities to broaden the ban.

Two travel trade groups, the Global Business Travel Association and the U.S. Travel Association, issued statements Thursday saying genuine security risks should be addressed, but also urging the U.S. to be as flexible as possible to minimize disruptions.

“The question remains whether the targeted application of policies banning personal electronics is an effective measure to reduce the risk of terrorism,” Michael McCormick, executive director of the business-travel group, said in a statement.

More than 3,000 flights are expected to arrive in the U.S. from the European Union each week this summer.

The U.S. is the world’s second-largest market for spending on business travel, following China, according to the GBTA.

Kelly met in Washington, D.C., on Thursday with U.S. airline officials to discuss details of a possible expansion.

U.S. airlines are resigned that a broadened ban on electronics will occur at some point, one industry official said Friday.