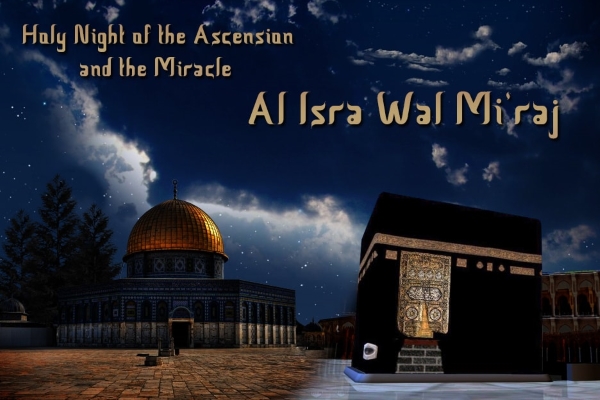 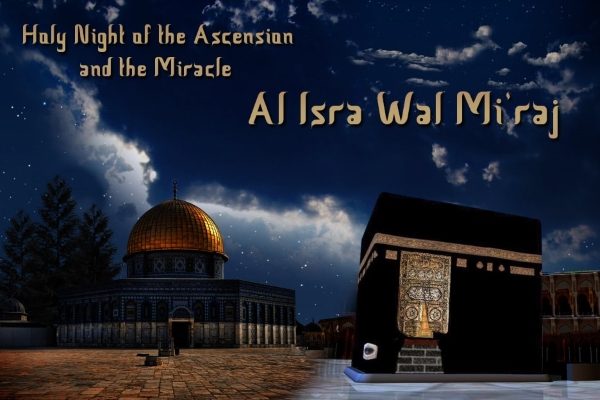 Rajab is the seventh month in the Islamic lunar calendar. This month was regarded as one of the sacred months (Al-Ashhur-al-hurum) in which battles were prohibited in the days of the Holy Prophet (Allah bless him with peace)  .

It is also deemed to be a prelude to the month of Ramadan, because the month Ramadan follows it after the intervening month of Sha’ban. Therefore, when the Holy Prophet (Allah bless him with peace) sighted the moon of Rajab, he used to pray Allah in the following words:

O Allah, make the months of Rajab and Sha’ban blessed for us, and let us reach the month of Ramadan (i.e. prolong our life upto Ramadan, so that we may benefit from its merits and blessings).

Although the month of Rajab has aforesaid merits, yet no specific way of worship has been prescribed by the Shari’ah in this month. However, some people have invented some special rituals or practices in this month which are not supported by reliable resources of the Shari’ah or are based on some unauthentic traditions. We would like to explain here the correct position about them.

It is generally believed that the great event of Mi’raj (ascension of the Holy Prophet (Allah bless him with peace) to the heavens) took place in the night of 27th of Rajab. Therefore, some people celebrate the night as “Lailat-ul-Mi’raj” (the night of ascension to heavens).

Indeed, the event of Mi’raj was one of the most remarkable episodes in the life of our beloved Holy Prophet (Allah bless him with peace). He was called by Almighty Allah. He traveled from Makkah to Bait-ul-Maqdis and from there he ascended the heavens through the miraculous power of Allah. He was honoured with a direct contact with his Creator at a place where even the angels had no access. This was the unique honour conferred by Allah to the Holy Prophet (Allah bless him with peace) alone. It was the climax of the spiritual progress which is not attained by anybody except him. No doubt the night in which he was blessed with this unparalleled honour was one of the great nights in the history of this world.

But, as we have explained in our discussion about the month of Rabi’ul-awwal, Islam has its own principles with regard to the historic and religious events. Its approach about observing festivals and celebrating days and nights is totally different from the approach of other religions. The Holy Qur’an and the Sunnah of the Holy Prophet (Allah bless him with peace) did not prescribe any festival or any celebration to commemorate an event from the past, however remarkable it might have been. Instead, Islam has prescribed two annual celebrations only. One is Eid-ul-Fitr and the other is Eid-ul-Adha. Both of these festivals have been fixed at a date on which the Muslims accomplish a great ‘ibadah (worship) every year. Eid-ul-Fitr has been prescribed after the fasts of Ramadan, while Eid-ul-Adha has been fixed when the Muslims perform the Hajj annually. None of these two eids is designed to commemorate a particular event of the past which has happened in these dates. This approach is indicative of the fact that the real occasion for a happy celebration is the day in which the celebrators themselves have accomplished remarkable work through their own active effort. As for the accomplishments of our ancestors, their commemoration should not be restricted to a particular day or night. Instead, their accomplishments must be remembered every day in the practical life by observing their teachings and following the great examples they have set for us.

Keeping this principle in view, the following points should be remembered with regard to the “Lailatul-mi’raj”:

(1) We cannot say with absolute certainty in which night the great event of Mi’raj had taken place. Although some traditions relate this event to 27th night of the month of Rajab, yet there are other traditions which suggest some other dates. Al-Zurqani, the famous biographer of the Holy Prophet (Allah bless him with peace), has referred to five different views in this respect: Rabi’-ul-awwal, Rabi’-ul-‘akhir, Rajab, Ramadan and Shawwal. Later, while discussing different traditions, he has added a sixth opinion, that the Mi’raj took place in the month of Zulhijjah.

Allamah Abdulhaq Muhaddith Dehlawi, the well-known scholar of the Indian sub-continent, has written a detailed book on the merits of Islamic months. While discussing the Lailat-ul-Mi’raj he has mentioned that most of the scholars are of the view that the event of Mi’raj took place in the month of Ramadan or in Rabi’ul-awwal.

(2) It is also not certainly known in which year the event of Mi’raj had taken place. There are a number of views mentioned in the books of history which suggest a wide range between the fifth-year and the twelfth year after the Holy Prophet (Allah bless him with peace) was entrusted with Prophethood.

All these points go a long way to prove that the celebration of the 27th night of Rajab, being the Lailat-ul-Mi’raj, has no basis in the Sunnah of the Holy Prophet (Allah bless him with peace) or in the practice of his noble companions. Had it been a commendable practice to celebrate this night, the exact date of this event would have been preserved accurately by the Ummah and the Holy Prophet (Allah bless him with peace) and his blessed companions would have given specific directions for it.

Whoever invents something in our religion which is not a part of it, it is to be rejected.

Being mindful of this serious warning, we should appreciate that the 27th night of the month of Rajab is not like Lailat-ul-Qadr or Lailat-ul-Bara’ah for which special merits have been mentioned expressly either by the Holy Qur’an or by the Holy Prophet (Allah bless him with peace).

However, all the recognized modes of ‘ibadah (worship) like salah, recitation of the Holy Qur’an, dhikr, etc. are commendable any time, especially in the late hours of night, and obviously the 27th night of Rajab is not an exception. Therefore, if someone performs any recognized ‘ibadah in this night from this point of view nothing can stop him from doing so, and he will be entitled to the thawab (reward allocated for that recognized ‘ibadah, Insha-Allah). But it is not permissible to believe that performing ‘ibadah in this night is more meritorious or carries more thawab like Lailat-ul-Qadr or Lailat-ul-Bara’ah, because this belief is not based on any authentic verse or on a Sunnah of the Holy Prophet (Allah bless him with peace). Similarly, it is not a correct practice to celebrate this night on a collective scale and to invite people to special ritual congregations.

It is believed by some that the Muslims should keep fast on 27th of Rajab. Although there are some traditions attributing special merits to the fast of this day yet the scholars of hadith have held these traditions as very weak and unauthentic reports which cannot be sufficient to establish a rule of Shari’ah. On the contrary, there is an authentic report that Sayyidna Umar  (Allah be pleased with him)  used to forbid people from fasting on this day, rather to compel them to eat if they had started fasting.

It should be borne in mind here that a Nafl fast can be observed any day (except the five prohibited days of the year), therefore, fasting on 27th of Rajab is not prohibited in itself. What is prohibited is the belief that fasting on this day is more meritorious than fasting in other normal days. One should not fast in this day with this belief. But if someone fasts therein, believing it to be a normal Nafl fast, there is no bar against it.